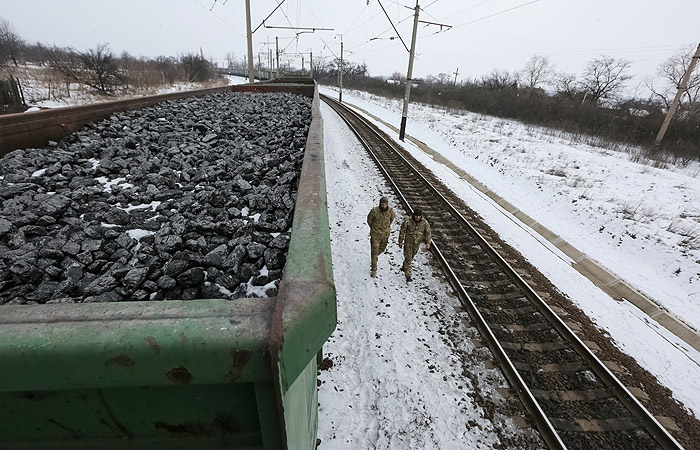 Moscow. March 19. The probable cause of the postponement of the consideration of financial assistance to Ukraine in the Navy is the decision of the Council of national security and defense Council (NSDC), on the cessation of trade with individual regions of Donetsk and Lugansk regions. This was reported by a source close to the negotiations.

Another source also noted that the termination of transport communication with the Donbas would require a revision of macroeconomic indicators included in the program of financial assistance to Ukraine. According to him, this work can be carried out in a very short time.

March 15 of the NSDC of Ukraine decided to suspend the movement of goods across the line of contact in the Donetsk and Lugansk regions. The decision does not apply to humanitarian cargo and crossing of the demarcation line people.

Earlier today it was reported that the issue of the third review of the eff the EFF for Ukraine, which Kiev could get about $1 billion, disappeared from the agenda of the Board of Directors of the International monetary Fund. Meeting to be held on March 20.

Ukraine was able to obtain a small delay in the second tranche for this program to $1.7 billion in early August 2015, and then there was a long pause because of the outstanding number of conditions, political crisis and change of government.

After the arrival of the new government, headed by Volodymyr Groisman in April 2016, the negotiations on the continuation of funding was resumed, however, the IMF decided to allocate the third tranche of $1 billion only in mid-September.