Service in the army

Ex-Deputy of the state Duma, Tula, former Vice-Governor and founder of the movement “young Russia” Maxim Mishchenko still serves in the army under the contract, despite the fact that he was sentenced to 2.5 years for fraud in grants, and transferred to a detention center. This was told by his lawyer Alexey Igoshin, the daughter of the second defendant in the case of fraud Anna Efimova and a source close to the investigation.

Lawyer Igoshin said that the military contract with his client is still not terminated. “He will be broken, when it received the verdict in a military unit,” — said the defender Mishchenko.

Case against ex-MP was initiated on 30 October 2015. To serve in the army, he enrolled at the final stage of the investigation in September 2016. Realizing that “the weight of evidence, the case will be sent to the court, and responsibility can not be avoided, Mishchenko decided to hide in the army,” said a source in the TFR. “By the end of the investigation, he ceased to report for investigation. First referred to the condition, then he said, in the end, that is some outfit,” said the source.

39-year-old Mishchenko, though not served in the army at the call, entered the military service under the contract in 38 guards regiment of airborne forces in/h 54164 in Shchelkovo, near Moscow. On the day when he was found, Mishchenko was standing at a checkpoint in the outfit, wrote Kommersant and confirmed by sources close to the investigation. According to article of the law No. 53 “On military duty and military service” the contract could not be signed “a citizen having an unexpunged or outstanding conviction for committing a crime, and the citizen subjected to criminal prosecution”.

Mishchenko was concealed from the recruiting office, which is subject to criminal liability, and not reported on his recognizance not to leave, explained the situation, a source in the TFR. On the investigator’s question why the management side was not informed, Mishchenko said that “I do not feel guilty and therefore do not have somewhere to report it”. And to go into the army for a year before the deadline of the call, because that “was raised in a military family and always wanted to give back to the Motherland”, they speak the words of the convicted person a source in the TFR.

As Mishchenko studied at the University and did not get into the armed forces, he wanted to defend the homeland, the lawyer explained Mishchenko Alexey Igoshin. “He went to serve under the contract including, to earn money to feed his family, wife, children. And in the army from prison no place to hide. To hide from law enforcement there are other ways, more effective,” said Igoshin. According to him, Mishchenko still pleads not guilty to fraud and believes the case was fabricated.

Friendship with the commander

“The investigator had to call him in for questioning through the chief of military unit”, — concluded the source in the TFR.

Red himself could not explain how it happened that the person against whom a criminal case was passed to the service. “Any military man comes and provides necessary information and was called up for military service. All the documents are checked, how come I can’t tell you. The documents came — people got an attitude. So once checked, can be neoproverjimo, I won’t tell you anything,” said red. 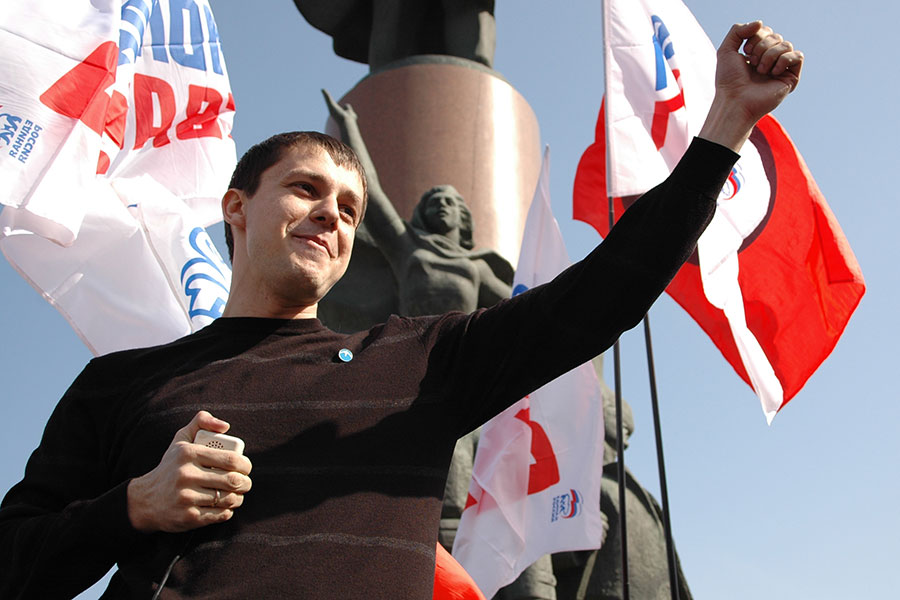 Another source close to the investigation confirmed that the Mishchenko concealed from management that brought to the criminal case. “The investigation suggests that he wanted together with the contractors, which subsequently must be sent to Syria to leave the territory of the Russian Federation”, — he added . According to him, the contract with Mishchenko on the service contract until terminated.

The same claims the daughter of the second defendant in the case of fraud — Anna Efimova. According to her, Mishchenko took to serve under the contract, notwithstanding criminal prosecution, thanks to the “pressure of authority” and friendly relations in the Moscow military unit. “As far as I know, his contract is still valid,” confirmed Efimova.

On the question of the circumstances acceptances Mishchenko at the service of the defense Ministry and Military Prosecutor’s office has not responded.

Technically a military contract is not terminated, because in the unit is likely to have not received the verdict, explained associate Professor, MGIMO, the Chairman of the bar “Vash the Legal Attorney” Konstantin Trapaidze. “In part may not be notified that their soldier convicted and is in jail. Some required terms for the transfer of the sentence does not exist, besides, no one is obliged to notify, it is just becoming known at the place of work,” said Trapaidze.

He noted that if Mishchenko initially advised the investigation that he is part of the military contract, the consequence and court had to be military. According to the lawyer, such misunderstandings occasionally happen and if the contract really is not interrupted, then it is still payable money.

As follows from the case materials, the salaries of Mishchenko in the military is 30 thousand rubles a month, said two sources close to the investigation.

At the moment, Gennady Yefimov, and Maxim Mishchenko are in the remand prison № 4 in the city of Novomoskovsk.

In support of recently passed the pickets at the Kremlin administration. Ex-Deputy of the state Duma from “United Russia”, Pro-Kremlin publisher Konstantin Rykov urged supporters to get Mishchenko acquittal, as the founder of the “young Russia”, in his opinion, “corny slandered and framed”. Moscow municipal Deputy from Brateyevo spywares Daria Sorokina submitted to the presidential administration a petition to take the case Mishchenko under special control.

March 17, Novomoskovsk city court of the Tula region Mishchenko sentenced to 2.5 years in prison and a fine in the amount of 80 thousand RUB His sidekick Gennady Efimova, President of the Union for the protection of invalids and participants of liquidation of consequences of Chernobyl accident was sentenced to fifteen years and fined 40 thousand. They were charged that from February to March 2015, they stole 650 thousand rubles allocated in the form of a grant from the budget of the Tula region on the events of Chernobyl. Funds were transferred to the accounts of contractors, but the event never took place.

At the meeting on 17 March Mishchenko came in uniform with the army backpack and answered, “no, sir” and “Yes.” He was taken into custody in the courtroom immediately after the verdict. According to Igoshina, the final trial of ex-Deputy of the left in camouflage uniforms, but without shoulder straps.

In December 2007 Mishchenko was elected to the state Duma on the list of “United Russia” of Chelyabinsk region. In September 2011, ahead of schedule resigned of the Deputy.

After leaving from the state Duma Mishchenko was included in the Public chamber (OP), where he worked until December 2012. The leader of the “young Russia” left OP on their own after the scandal. In an interview with “Izvestia”, he proposed to cut government spending on the treatment of cancer patients, and the savings redirected to prevention and treatment of common diseases.

In August 2014 Mishchenko was appointed to the position of the Tula Vice Governor for internal politics. He left this post in September 2015 at his own request, a month before the initiation of criminal proceedings.