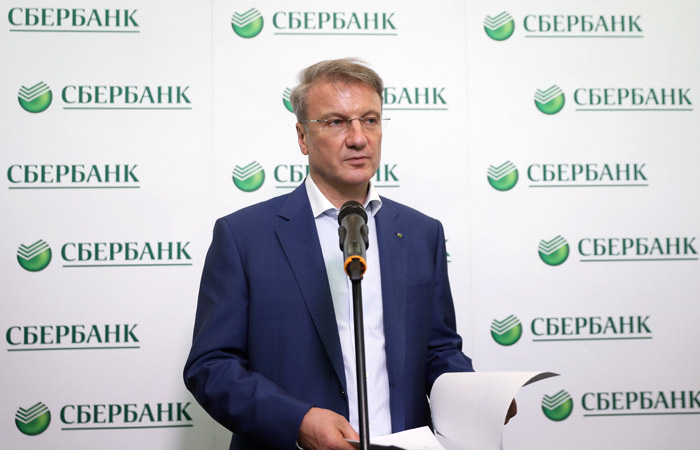 Moscow. March 21. Sberbank of Russia is actively looking for ways of an exit from the Ukrainian market, told reporters the President – Chairman of the Board German Gref.

“I think all our prospects are outlined. Today we are searching options the fastest possible exit from the Ukrainian market. And we hope this opportunity will provide the Ukrainian authorities. We are now in a very active stage of consideration of these options,” – said Gref. He declined to specify whether only option is the sale of Ukrainian “daughter” or possible liquidation of the business.

Gref said that the situation in Ukraine is complicated for Sberbank, because it is “the combination of such totally lawless actions that are against us now are made in Ukraine in a number of cities, from Kiev, with the connivance of law-enforcement system”. The head of Sberbank believes that the Ministry of internal Affairs of Ukraine and local law enforcement agencies “do not suppress completely lawless activities of armed bands”, hindering the work of the Bank in Ukraine.

“And of course, when this is combined with such a discriminatory decision, a ban on the movement of interbank loans between Russia and Ukraine – all this creates a rather serious situation of pressure on our operations in Ukraine and creates a very difficult environment for our team,” – said Gref.

According to him, last year the savings Bank has “more than a hundred such acts, which are otherwise as vandalism and barbarism called hard”. “And of course, this connection creates a very serious obstacle. The Bank is working with restrictions, and of course, I’d love to have support from official authorities in restoring normal working conditions”, – said the head of Sberbank.

Ukrainian banks with Russian capital, in particular the control of the state after the annexation of Crimea to Russia and the outbreak of hostilities in the Donbass repeatedly subjected to various kinds of attacks. The situation worsened after March 7, 2017 Sberbank of Russia announced its readiness to serve persons who are holders of passports of the breakaway republics of Donbass (DND and LNR) in accordance with the decree of the President of the Russian Federation (Russian banks pursuant to this decree must provide for the possibility of reception of passports of the residents of these territories).

In regard to the Ukrainian “daughters” Russian banks, including Sberbank, was introduced Ukrainian sanctions prohibiting these banks capital in the Russian parent.