Private owners Libyan cement company LCC has asked experts from the Russian private company “RSB Group” to defuse the cement plant in Benghazi, as Russian engineers have requested a smaller amount than the other players in the market. This was stated by the head of the “RSB Group,” the former FSB officer Oleg Krinitsyn. The company, he argues, participated in demining at the request of the owners of the plant, not on the “official handling of Libya” as earlier wrote about this Reuters. This was confirmed by media Advisor from the environment of the commander of the national army of Libya Khalifa the Haftarot — mohhamad Guniem.

The company Libyan Cement Company (LCC) is one of the largest private companies in the production of cement in the region. In LCC six production lines at three plants in the East of the country, two of which are located in the city of Benghazi in the area of El-Hawari, another plant is located 20 km from the city of Derna. It employed about 2.3 million people. The annual production of cement per year at three plants was about 2.2 million tons, which met a third of the local market demand of cement.

LCC itself is the name of the company that worked on the clearance of the plant, was not disclosed. The company says only that on 22 August 2016 “a group of European experts specialising in the disposal of ammunition of all kinds”, visited a cement plant in Benghazi and developed in conjunction with the demining unit of the Libyan army plan for the demining of the territory of the plant. However, the company website has photos of the walls of the plant, which appear in the record, warning about the presence of mines on the object, and the name of the company “RSB-group”.

The Krinitsyn provided photographs confirming that his company was engaged in the work. 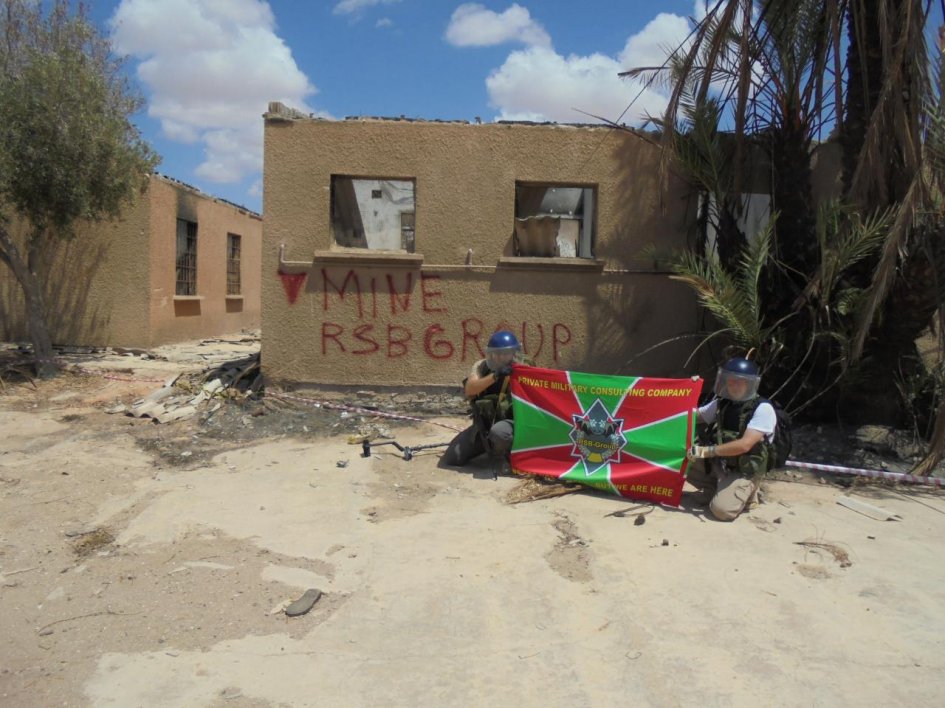 Libya cement necessary to rebuild the terrorist infrastructure. It imported from Tunisia, which, according to local residents, is very expensive and worse in quality.

In April 2016, the national army of Libya drove the extremists of ISIL (banned in Russia) from the district South of Benghazi, where the property is located industrial facilities of cement plant. After that, the engineers of the Libyan army began mine clearance. However, they have not coped with the task due to the lack of modern equipment, told Guniem. To buy equipment the Libyans, he said, can not due to the imposition of sanctions by Western countries against the Libyan army, which supports the unrecognized, the UN government in Tobruk.

Some Libyan deminers were blown up at mine clearing, reported Libyan media Advisor and Krinitsyn. Therefore, the insurance company LCC and insisted on the involvement of foreign experts, concluded Guniem.

Initially mine wanted to do a British company, declaring the cost of the work $50 per sq m, said the Krinitsyn. However, he said, Libyans, this price was not satisfied and they appealed to the Russian specialists. “Our price was, of course, less, several times. In addition, the British long. But as it was necessary to do the job — came to us with this proposal,” — said the head of “RSB group”.

The total area of cleared land 750 thousand square meters, says a source with the Libyan side. That is the price tag for the British demining throughout the territory amounted to $37.5 million Russians have asked from $10 to $15 per square meter of clearance and the total cost of the contract ranges from $7.5 to $11.2 million, says close to the plant source .

What are the “RSB Group”

Occurred six years ago, “RSB Group” has positioned itself as a company providing consulting services to the military in areas of combat operations. In particular, according to its founder, the experts do not take part in hostilities, and engaged in mine clearance, support vessels, and security.

The organization of two part: a constant (managers, lawyers, accountants) and AC. The last group of ex-military aged between 25 to 45 years, with a good physical preparation and knowledge of a foreign language. The permanent training base of the team is not. “Variable structure” does not exceed 20 persons and collected in those cases when you receive the order. According to krinitsyna, the company is not interested in former employees of the interior Ministry and the emergencies Ministry. Working “in the field” composition is made up of former guards of the FSB and special forces as well as veterans of “alpha”, “Vympel” and the officers of the Ryazan airborne school.

“RSB Group” working with countries with high criminal and terrorist activity. In particular, we are talking about Egypt, Colombia, China and Libya.

The Krinitsyn did not disclose the salary of its employees, but noted that the monthly salary of one person is more than 250 thousand rubles. Marine outfitting one soldier costs about 50 thousand rubles, equipment for ground operations for a few thousand more.

The only office is located in Moscow.

Such activities by a foreign company could be possible only in coordination with the interior Ministry, said Ghoniem. All legal issues and security issues was assumed by customers, said the Krinitsyn. Due to Russian legislative restrictions on the purchase of weapons in Russia and its export abroad, the staff of “RSB Group” “legitimately get the” already in the country where the work is carried out, said the Krinitsyn.

“You need to make contact with the local authorities, who will issue a license or permit. It is in Russia can write in two months arms and expect to be asked some recompense. There are places where everything is solved within days,” he explained.

But specifically in Libya arms to “purchase” did not have continued the Krinitsyn: “We accidentally found that the militants had left — we found.” 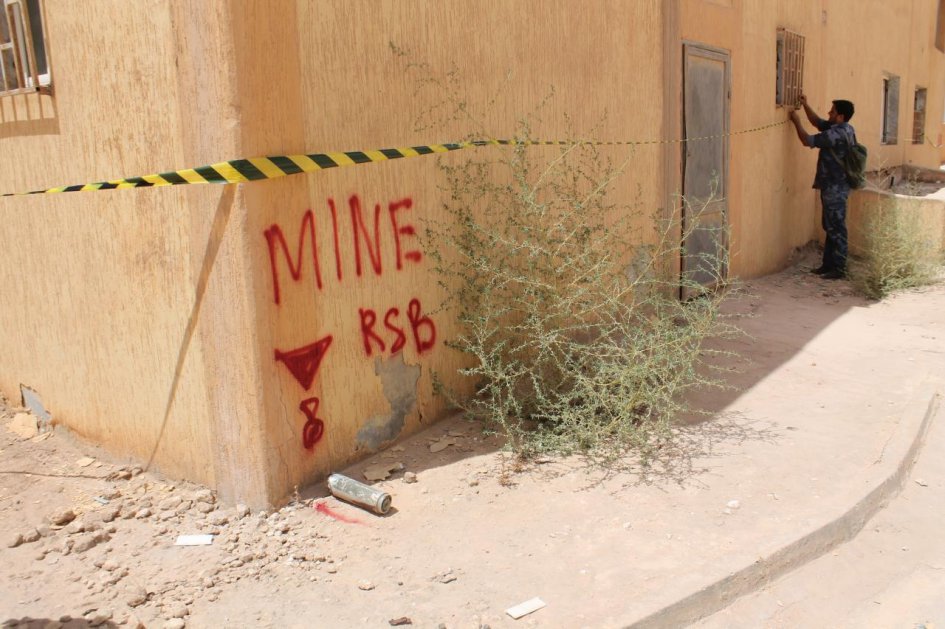 During the operation in Libya from the experts RSB also have full European coverage. “It included the fact that Russian companies do not provide: in the event of loss provided the removal of the body,” — said the Krinitsyn. He added that in Benghazi the employees of his company still has to work: “We made it to the end, there is a large volume.”

In the States, which the army cannot provide security throughout the country, often seek the services of private military structures, said military expert Alexander Khramchikhin. Despite the high cost of services of private traders, working with them is comfortable as they have the necessary experience, and the loss of the mine and performing other tasks are considered “draws”, the expert concluded.

To 2015 Libyan Cement Company (LCC) belonged to the Austrian group Asamer Industrials that went bankrupt and became the property of the company in the holding company QuadraCir. In April 2015, the investment group Libya Holdings Group (LHG) with headquarters in Tripoli, announced the acquisition of a controlling stake in LCC. The transaction was financed by the investment group LHG, together with 15 investors from Saudi Arabia and the United Arab Emirates, whose names were not disclosed. Reported by Ahmed Ben Halim, the Executive Director of the investment and the founder of the group LHG.

The sum of transaction, according to Ben Halima, was several tens of millions of dollars. “We have a long-term strategic plan: Libya will restore its infrastructure, and a key element of this will be to cement,” commented Ben Halim, his decision to invest in the company, are located in areas in which continued at that time fighting against the Islamists. Ahmed Ben Halim, the son of former Libyan Prime Minister Mustafa Ben Halim, said that the deal was working before broke out a second round of civil war in Libya in may 2014. The company’s new owners planned to invest more than $50 million and increase production capacity, including in Benghazi, to achieve the cement production volume of 3 million tons per year.