The economic reforms planned for the period after 2018, there is a “possible side effects”, warns in a new report of the Analytical credit rating Agency (ACRA), established in 2015, as an alternative to the international rating agencies. “Despite the expected in the long term objectively positive effects, the reforms at the beginning of can be associated with rising regulatory burden, potentially lowering their success,” the analysts write. They are six of the most discussed economic reforms, but noted that the probability of their simultaneous realization of “small”. The highest priority, according to the staff of an ACRE, have two measures — tax reform envisaging the increase in VAT by reducing insurance premiums, and the introduction of individual pension capital (PKI).

Possible tax maneuver involves the reduction of insurance premiums from 30% to 22% and increasing VAT from 18 to 22%. According to the AKP, on the one hand, it will contribute to the whitewashing of the economy, increase the competitiveness of exporters and reduction commitments in the regions due to the fact that the constituent entities will have to pay less insurance premiums for state employees. But at the same time, the plans of the authorities can lead to short-term inflation rate of 1.4–1.5 percentage points and, as a consequence, the higher the Central Bank rate (0.5–1 p. p., than the ceteris paribus). We are not talking about raising rates, and the slower its decrease, said at the presentation of the report of the senior analyst, group research and forecasting ACRES Dmitry Kulikov.

In General, the Agency doubts the achievement of the goal of the Central Bank for inflation (the regulator expects a slowdown in price growth to 4% by the end of 2017) — projected ACRE, this year it will amount to 4.3% in the following — just 4%, but then accelerated due to the increase of the VAT and again will only reach the target in 2021 (see graph). Other side effects of the tax maneuver — increasing dependence of the Pension Fund of the budget and increase the tax burden on highly paid skilled workers, indicates ACRES.

The PKI system, according to which the citizens themselves will deduct contributions to the funded part of the pension, according to experts of the rating Agency, will reduce the income of the working population because of the pledges. At the same time raising the retirement age, which is also discussed by authorities, would translate into lower incomes for socially vulnerable groups of the population (i.e., pensioners), writes of an ACRE. The advantages of the introduction of these measures include reducing the need to Finance pensions through taxes and the development of a funded system “in parallel with the distribution”. 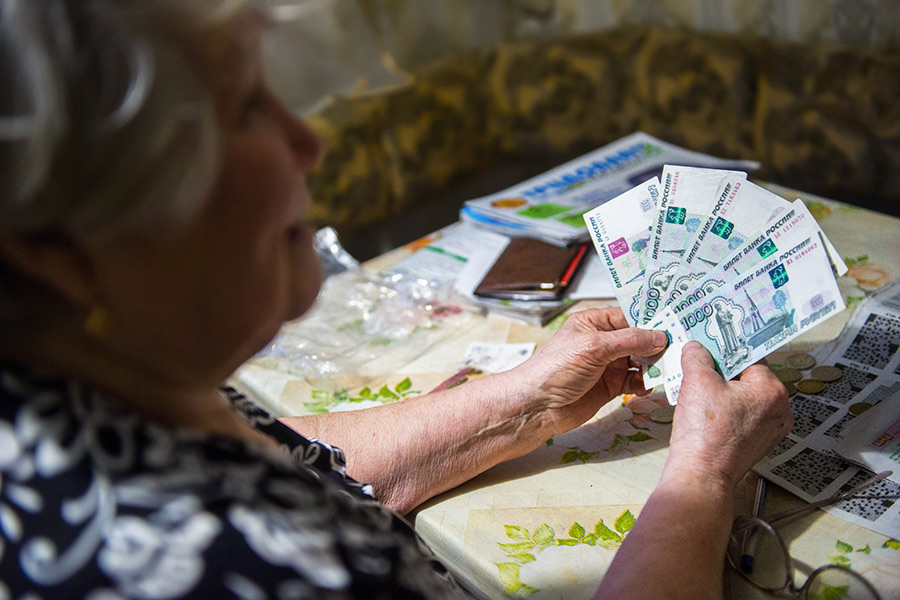 Of all the reforms in their macroeconomic forecast ACRES lays only the introduction of PKI and the application of the tax maneuver — they can begin to act soon. Other measures will be closer to 2021 or even later, analysts say. Among them — the liberalization of the heat market, which, although aimed at attracting investment in infrastructure, can accelerate average annual inflation by 0.1–0.2 percentage points, and increases the maximum rate of heat supply to the level of “target CPI +4%”.

Another possible reform — the change of contributions in banks the Agency on insurance of contributions (ASV) — will improve the protection of small and medium businesses due to their inclusion in the insurance system, however, will increase the regulatory burden on banks and will increase the value of their services. The negative effects to it and change the system of calculating the cost of CTP (new scheme proposed by the Ministry of Finance, will not take into account the technical characteristics of the car, instead of them will come to the fore driving style and the presence of repeated administrative or criminal penalties for serious traffic violations). But such measures will lead to increased tariffs, which will be perceived by the population as an increase of mandatory spending, emphasizes ACRES.

Forecast without faith in reform

Macroeconomic forecast ACRES for the coming years are not as optimistic as the expectations of the authorities. This year, according to analysts, GDP will grow by only 0.5%. On the one hand, this value is comparable with the forecast laid now in the budget (0.6 percent). With another — the Minister of economic development Maxim Oreshkin stated in February that his Agency plans to raise the forecast for this year to 2%. Not so positive was and long-term expectations of the rating Agency in 2018 GDP will grow by only 0.6% in 2019 — 0.8% and about 1% in 2020-2021 years. The world economy in the same period will grow by 2-2. 4% annually.

These indicators weakly correlated with the order of President Vladimir Putin, who called on the government to develop a plan by may to enter the rate of economic growth above the world average by the 2019-2020 years. The plan to accelerate growth is now preparing the economic development Ministry. While the document even in preview, not yet published, however, Prime Minister Dmitry Medvedev said that it consists of three main areas — the creation of a “sustainable environment”, increasing productivity and developing infrastructure for the digital economy. Parallel to his plan and preparing the Center for strategic research (CSR) under the direction of Alexei Kudrin: according to the calculations of the CSR, the reforms, annual GDP will grow by 2-2,5% in the medium term.

In General, the growth of the Russian economy is limited to 1.5% a year, says ACRA. The involvement of free labor resources and spare capacity in the economy will not work — these indicators now in a good condition. To help, according to analysts, could be more full utilization of employees, because now the proportion working part-time 22% higher than the average pre-crisis level. But even so, their number is small, and this measure will contribute only to the increase of 0.3 percentage points, with a single.

Still no more than 0.9% annually use of new technologies and changes in the structure of the economy in favor of more capital-intensive industries; 0.8 percentage points to economic growth can make the increase available capital; 0.2 p. p. growth of volumes of extraction of raw materials. But taking 0.4 percentage points of economic growth can reduce the number of working-age population 2-2,5% in the coming years. From this “difficult to leave,” these trends are not only in Russia but throughout the former Soviet Union, whose residents are mostly migratory and contribute to the growth, said Kulikov.

The authors expect short-term growth of unemployment in Russia from 5.5% this year to 5.9% in the following, the reason will be low inflation. Peculiarities of the Russian labor market has enabled companies to reduce staff in periods of crisis, and this contributed to the rise in prices, analysts explain: employers did not increase the subordinate’s salary and for one year, real labor costs decreased by 10-15%. The reduction of inflation, says research Agency, will lead to an increase in the number of trade unions. However, according to the ACRE, from 2019, the unemployment rate will gradually decline and by 2020 will be the same at 5.5%.