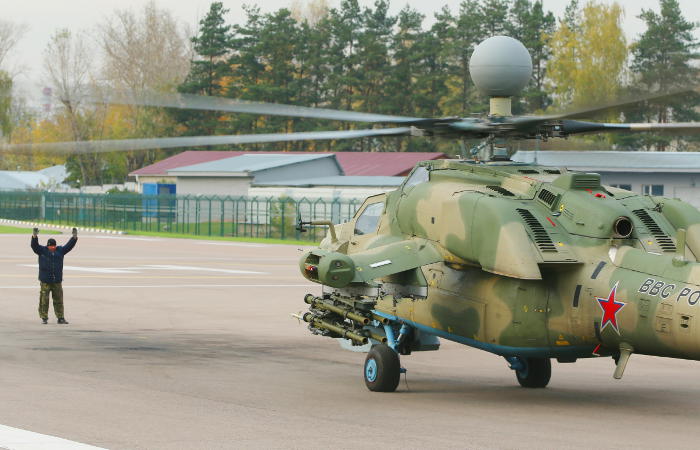 “Sanctions were applied to eight Russian companies as a result of regular revision of the specific activity, as required by the Act of proliferation,” – said on Saturday, the U.S. state Department.

As noted by the interlocutor of the Agency, under the sanctions were: the 150th Aircraft repair plant; Association “Aviaexport”, NGO “Basalt”; the mechanical engineering Design Bureau in Kolomna; Rosoboronexport; Ulyanovsk Institute of civil aviation; the Ural training center of civil aviation; the air force Academy named after Zhukovsky and Gagarin. “These sanctions are separate from broader economic sanctions that were imposed, starting in 2014, as a result of the occupation and attempted annexation of Crimea and aggression in Eastern Ukraine”, – said the Agency interlocutor.

New us sanctions against Russian companies – unfriendly move in the style of the previous administration, hopes for the warming between Russia and the United States disappear, said the head of the Federation Council Committee on international Affairs Konstantin Kosachev. “Openly unfriendly step and definitely in the spirit of the policies of the previous administration in the Russian direction. Expectations of change in this policy under the new administration is rapidly melting,” – said Kosachev on Saturday. In his opinion, noteworthy that “this case involved some “American-proliferation act”, without at least formally, for the sake of decency, links to the fundamental in this area the Treaty on the nonproliferation of nuclear weapons (NPT)”.

As noted Kosachev, prior to the imposition of any unilateral sanctions, Americans should be, at least, present their concerns, through bilateral channels, and as a maximum – to use multilateral mechanisms for monitoring compliance with the NPT. “Apparently, not made neither the first nor the second. Another conspicuous demonstration of the priority of us national legislation over international and is another attempt to create additional difficulties for Russian companies are the real competitors of U.S. companies in international markets”, – said the Senator.

The Chairman of the Duma Committee by training, a specialist in international issues, Vyacheslav Nikonov connects the new US sanctions against Russian enterprises of the military-industrial complex with cooperation of Russia with Iran in the military-technical sphere. “Any sanctions it seriously, especially in relation to our largest enterprises of the military-industrial complex. I think it (the new US sanctions) is associated with the Iranian situation,” Nikonov said on Saturday. According to him, first of all, this may be a reaction to Russia’s cooperation with Iran in the military-technical sphere. He did not rule out that this is not the latest sanctions from the United States, because the tensions between Russia and the United States persists.

The Deputy head of the Federation Council Committee on defense and security Franz Klintsevich believes that new US sanctions against Russian companies taken under pressure from the military-industrial complex, however, Russia has something to answer both diplomatically and so in military terms. “The administration of Donald trump is under pressure from the military-industrial complex and, I would say, she is absolutely not independent,” – said Klintsevich Thursday, commenting on us sanctions against eight Russian companies. “Trump can make some changes, but very little”, – said the Senator.In his words, “Russia must build its foreign policy based on their own interests. That’s what the diplomatic and, I’m sorry, the military language as of our argument”, – concluded the Klintsevich.