Information about the assistants to the senators and state Duma deputies should be published on the websites of the chambers of Parliament, proposed by the experts of the public movement “Voice” in the research “Transparency of the legislature in terms of disclosure of information about the assistants of senators and deputies” (have). This will eliminate the nepotism in the appointment to these positions and will prevent fraudsters impersonating employees of the Parliament, human rights activists believe. “The voice” will send a report to the Chairman of the state Duma Vyacheslav Volodin and the head of the Federation Council Valentina Matvienko.

On the websites of the Federation Council and the state Duma is not published information even about those assistants of MPs who are civil servants. Due to the lack of this information on the official resources created “background corruption”, the study said.

The disclosure of this information on the official sites will allow voters to know who is in command of the parliamentarians reduces the number of crimes and will help to control the flow of budgetary funds for salaries of assistants, list experts. “This is an opaque system, and the first chance to change at least to acquaint voters with his assistants, to talk about them on official websites,” said co-chair of the “Voice” Grigory Melkonyants.

The experts studied the database of court decisions and found several cases when the assistants of deputies and senators have used their power to commit crimes. In November 2015, the assistants volunteer Deputy from “United Russia” Rustam Ishmukhametova tried to sell the position of assistant parliamentarian for $150 thousand

In March 2013, the assistant parliamentarian from the liberal democratic party has promised to keep the criminal case for a bribe in $100 thousand, said the study authors. In court the basis of “the Voice” found decisions in the cases of citizens who were posing as the assistants of parliamentarians “to create a positive image and increase its importance, while those not being”.

Experts cite examples from international practice: in March 2017, prosecutors in France opened a case against the applicant for the post of President françois Fillon, who fictitiously employed the wife to the position of his assistant.

The army of assistants

Only, estimated by experts, 30 380 people can have the status of assistants to the senators and deputies.

By law, MPs can have up to seven assistants employed on fixed-term contracts and two employees, framed as civil servants (they are on the rate of the budget). Yet they are allowed to have up to 40 assistants on a voluntary basis. In September 2016, the MP from the “United Russia” Igor Igoshin has proposed to increase the number of assistants to the deputies odnomandatniki up to 60 people.

Salaries of assistants, with the exception of those who work on a voluntary basis, determine the MPs. Total monthly Fund of payment of assistants by law is 231 thousand roubles, the Deputy or the Senator shared between employees, employed on contract or agreement. For example, if a Deputy or Senator, the maximum number of assistants, the salary is divided into seven parts and an average of about 33 thousand rubles a month. 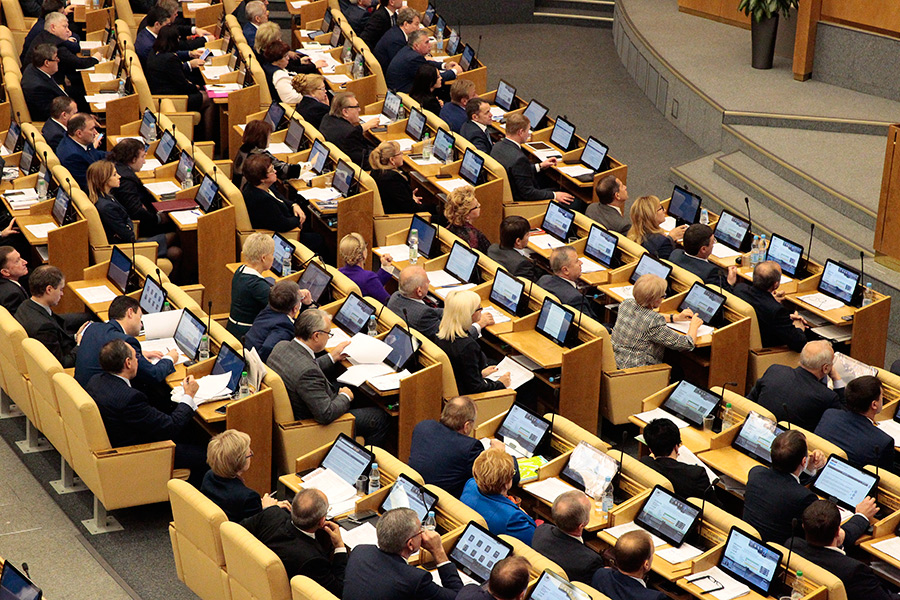 The Reaction Of The Federation Council

The Federation Council members discussed how to improve the work of the assistants of the parliamentarians, the round table on 28 March, said Deputy Chairman of the Federation Council Committee on rules Vyacheslav Timchenko. “We are still going to discuss it, and the idea [of experts “Votes”] can be considered, it deserves attention,” he said.

But, according to the Senator, the discussion at the round table were other themes, for example “issues associated with the selection of assistants, with their training, their contact with government institutions of different levels of payment for their labor.” According to Timchenko, the majority of members of the Federation Council supports increasing the salaries of assistants, the senators “there is always a desire to encourage those who are good working and qualified assistant 30 Grand a month to live”.

Information about round table in the Federation Council confirmed one of the assistants to the senators. “I think that the increase in wages, and the promulgation of the personalities [of the assistants] — right ideas, he said. I personally know individuals who enjoy the privileges of the assistants and themselves only work harm and not for good.”

The Attitude Of The Duma

In the Duma the initiative “Voices” were skeptical. “I think it is easy to apply to the HR Department or to the reception of the MP and check the [data assistants], — said the Deputy from LDPR Yaroslav Nilov. — The problem was possible in the mid-90s, when the helpers were more serious status and there was widespread Internet, but now [the identity of the assistants] — a matter of minutes”.

Nilov believes that in the last time “criminal history with participation of the assistants of deputies” was much smaller than it was 20 years ago, despite the fact that many MPs do not know all of their employees. “Each [of the MP] of 40, and I don’t know your own, for example, because some of them — activists who work in the regions”, — said the Deputy.

Information about the assistants of deputies are often published in the internal database of the state Duma, arguing with the findings of the “Voices” one of the assistant deputies. “MPs sometimes phones his assistants on your page in the Duma, so I would not say that their identity is such a mystery,” said he . “To impersonate the assistant to the Deputy so easy”, he says, because identities of employees chipped and its fake faces criminal prosecution.

“Reform Institute assistants is impossible, because the institution of the aides — part of some strange system of government,” — said the expert of the Moscow Carnegie center Andrei Kolesnikov. In his view, although the assistants of the MPs have no “criminal image that they had in the 90s”, this “opaque institution” requires a much more serious reform than that offered by the “Voice.”

System assistants really opaque, agreed with the conclusions of “the Voice,” political analyst Konstantin Kalachev. On the other hand, the initiative of human rights defenders late “for many years” and needed in the late 1990-ies, when the deputies did enjoyed parliamentary immunity, and their assistants abused their status, he said.