The resignation of the head of the National Bank, Central Bank of the Republic of Tatarstan Midkhat Shagiakhmetov Wednesday, March 30, reported the Agency “Interfax” with reference to unnamed sources. In a press-service of the Bank of Russia confirmed the information that the Shagiakhmetov leaving his post, adding that it will happen on March 31. Details in the press service of the Central Bank are not disclosed.

“-Tatarstan”, the press service of the National Bank of the Republic reported that the Shagiakhmetov wrote a letter of resignation.

Thus, de jure, he left the post at own will. However, several sources close to the Central Bank, said: de facto, it is the dismissal. “The statement written on their own, but it was a dismissal,” says one of the interlocutors . According to sources , the resignation was initiated by the leadership of the Central apparatus of the Central Bank, the evaluation of the situation in the banking sector of Tatarstan.

This opinion was shared by independent experts.

Managing Director for Bank ratings rating Agency “Expert” (RAEX) Stanislav Volkov calls among the reasons for the resignation of the responsibility for lack of tough oversight of the financial condition of the banking system of the region, primarily in the group of Tatfondbank. “The difficult situation in the banking system of Tatarstan, particularly in connection with a resonant story around Tatfondbank”, indicated the head of group Finance ACRES Kirill Lukashuk.

What happened to the Tatar banks

The Bank of Russia on March 3, revoked the license of Tatfondbank, one of the largest banks in the country affiliated with the government of the Republic (43rd place in terms of assets in ranking of “Interfax-CEA”), the associated Interbanca (124-th place) and “ANKOR Bank of savings” (227). In all three banks the population kept a little less than 100 billion rubles.

However, problems in the banking sector of Tatarstan revocation of the licences of the three banks is not limited. Given that Tatfondbank was; timer Bank (164 th place by assets) and Bank “Soviet” (106th place), they urgently had to find a new Savior. In addition, due to issues around the listed banks with the crisis of confidence faced a number of other players in the local banking market. 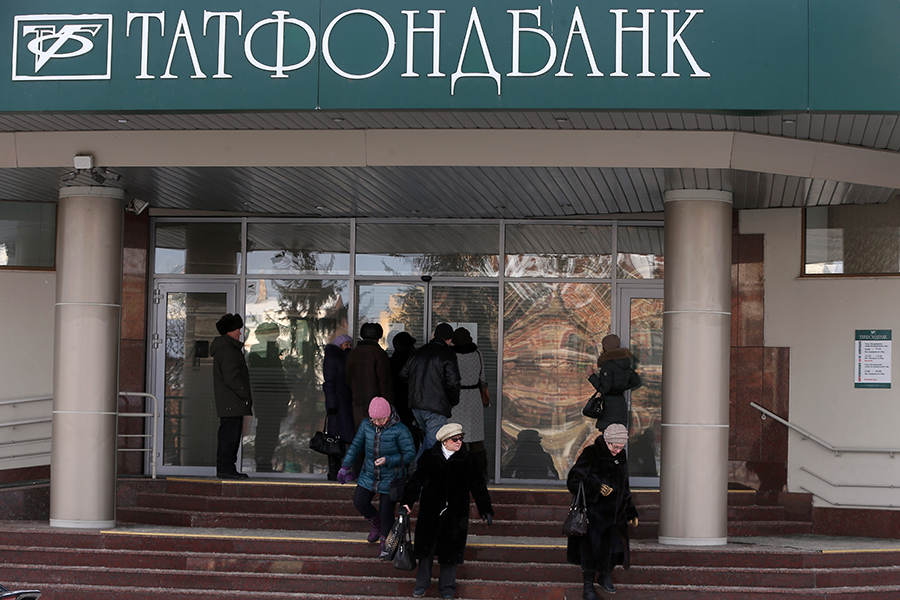 After the revocation of the license of Tatfondbank have been instituted two criminal cases. One of them is in connection with the fraud with the funds of the depositors of the Bank and the second with fraud received by the Bank from the Bank of Russia loan of RUB 3.1 billion as part of the investigation detained several top managers of the Bank.

The role of the head of the national Bank 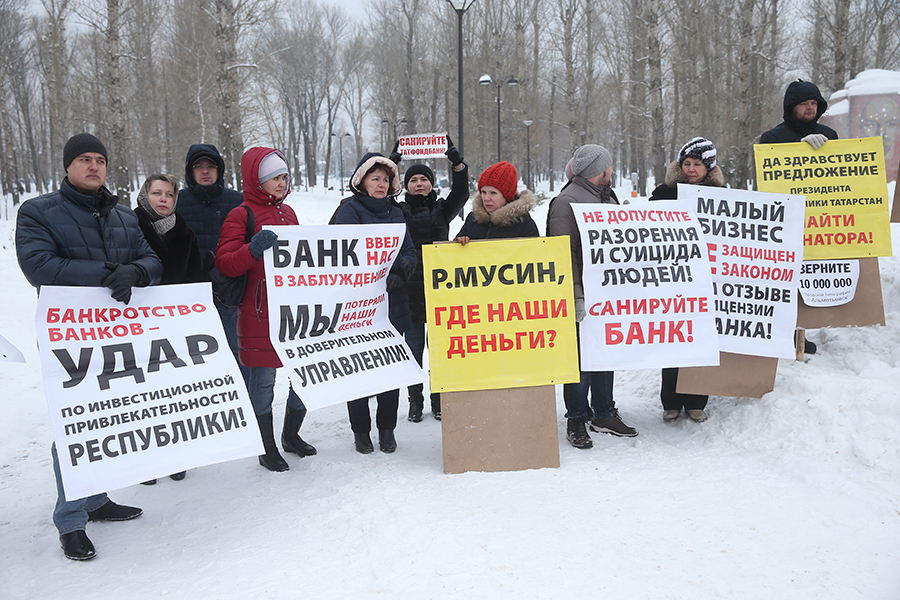 “In any case, it would not have been curtailed the powers of the regional units of the Central Bank, they continue to be the “eyes” and “ears” of the head of the Bank of Russia and shall be responsible for timely and accurate informing on the problems of banks in the regions and the Federal authorities of the Central Bank,” says another source . And the national Bank of the Republic of Tatarstan is no exception. As has told a source close to Tatfondbank, “all actions of the management and owners of Tatfondbank have been agreed with the national Bank of the Republic of Tatarstan, but apparently he, in turn, denounced them adequately or did not coordinate its response with the Central apparatus of the Central Bank that, most likely, was the reason for the dismissal.”

At the highest level

Interviewed experts do not exclude that the regulator with the dismissal corrects the situation which it considers unacceptable: the regional division of the Bank is headed by a person close to the administration of the region, this unit is supposed to supervise banks, which control of regional authorities.

“Legally, the Central Bank an independent body, the national Bank and the territorial administration — structural units. Neither the purpose nor the resignation of the heads of the structural divisions of the Bank of Russia with the regional authorities does not agree upon. The most that is possible is to put them aware of this before the release of official information. If a dispute arises, the Central Bank was traditionally able to defend their candidacies on the ground,” says one source .

However, Tatarstan has always been in Russia in a special position. “Previously territorial administration of Bank of Russia were quite Autonomous in decision-making in the field of supervision. After the beginning of the centralization of inspection and supervision of banks in Moscow and in most regions the situation has changed, but the national Bank of the Republic of Tatarstan has long maintained a significant control over the situation in the banking sector of the Republic, — says one of the interlocutors . Now, the Central Bank has made it clear: to control the situation, he intends himself”.

The analysts say: the Central Bank behaves in Tatarstan so confidently, precisely because the crisis has generally weakened the position of local authorities.

Professor of MGIMO Valery Solovey believes that due to the banking crisis in Tatarstan the authority of the President of the Republic of Tatarstan Rustam Minnikhanov has decreased among the population, and among local elites. “It became clear: he is not the man, unlike his predecessor [Shaimiev], which can protect people. And since in the Republic there is confidence that the government is the government of Kazan, and not the Federal, that the people were in a state of shock,” said Nightingale. According to the analyst, the banking crisis “unleashed the Moscow arms against the President”. On the internal communications of the elites frankly: “If necessary, we will plant Minnikhanov”. “This, of course, a bit of bravado, but also a sign that of the untouchables, he became touched,” — said the expert.

However, from a political point of view the incident is just the signal of the centralization of power, which is unlikely to be for the head of the region far-reaching consequences, experts say. “Of course, the rating of the head region can not suffer from a banking crisis, it has suffered in the region, his rating was comparable with the rating of Putin in Russia, but now it is much less,” — said Kazan political scientist Vladimir Beljaev. However, he is confident that any impact Minnikhanov it will not: “Moscow never interfered in the Affairs of the Tatarstan Republic and will not intervene unless something completely unexpected will not happen,” he said.

“Before the resignation, I think, will not come, but the position of the head region in the dialogue with the centre will greatly diminish,” says political analyst Abbas Gallyamov.

“On the other hand, the centralization of supervision is a process extended in time, and Tatarstan in this process in the first place. Therefore, given the contradictions with the regional authorities, the Central Bank is likely to be important to put their man, it is possible that from the Central office,” — said one of the sources close to the Bank of Russia.