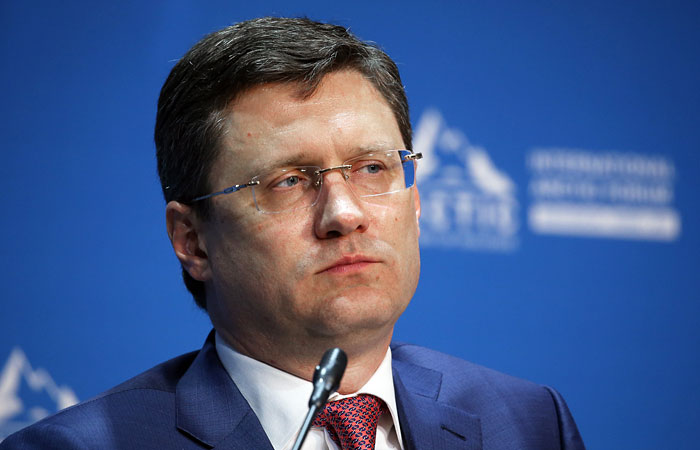 Moscow. March 31. Belarus considers non-constructive statement by the Minister of energy of Russia Alexander Novak on gas talks, said on Friday the press-Secretary of the Belarusian government Vladislav Sytsevich.

“Yesterday, some media published information statements of Russian energy Minister Alexander Novak following the results of negotiations of Prime Ministers of Belarus and Russia. In particular, Mr. Novak noted the inadequate constructive position of Minsk on the gas dispute. In this regard, we consider non-constructive statement by the Minister which does not correspond to what was actually discussed at the meeting”, – said Sytsevich.

“As for the statements of the head of the Ministry of energy Alexander Novak on the unwillingness of Belarus to pay off so called debt to Russia for gas, the Belarusian side does not consider these funds as debt” – continued the spokesman.

He stressed that the Belarusian side has repeatedly stated and now States interest in the speedy resolution of the situation. “The Belarusian side insists on the unconditional or the execution was signed in November 2011 an intergovernmental agreement on gas pricing and related regulatory framework, either for the negotiation of a mutually acceptable modifications in the agreement”, added, Sytsevich. According to the press Secretary, the results of yesterday’s meeting, the parties agreed to continue negotiations in a constructive manner to achieve a mutually acceptable outcome.

On the eve of Russian energy Minister Alexander Novak said that Russia and Belarus are unable to negotiate a settlement of the gas conflict. “Just finished negotiations on gas issue between the governments of Russia and Belarus discussed the parties’ positions, again checked the current situation. Unfortunately, I do not agree completely about the settlement of the conflict in the first place due to the fact that the Belarusian side is not ready to repay the accumulated debt without giving the Russian side a significant preference in price and length, mechanism of formation of prices,” Novak told journalists following the talks.

According to the head of the energy Ministry, the debt of Belarus now exceeds $ 700 million.