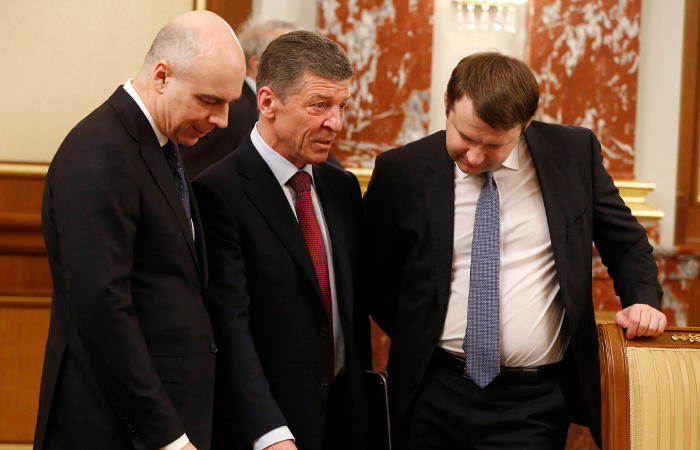 Russian Finance Minister Anton Siluanov praised the decision of Fitch. “This decision reflects the Agency’s confidence in sustainable public finances and the success of measures undertaken by the government for adaptation of the Russian economy to low oil prices”, – he told reporters.

Also speaking on the potential factors able in the future to improve the credit rating of Russia, the Minister said maintaining a prudent fiscal policy in the medium term and implementing structural reforms aimed at accelerating economic growth.

Ratings Issuer senior unsecured bonds in national and foreign currency were also affirmed at ‘ BBB -‘. In addition, the country ceiling ratings remain at the level of “BBB-“, short-term IDR in foreign and national currencies at the level “F3”.

According to analysts Fitch, a strong balance of payments and external Finance, and improved policy measures counterbalance a weak macroeconomic indicators in comparison with comparable sovereign issuers, structural problems (dependence on raw materials and the risks associated with governance) and geopolitical tensions.

Russia has implemented a coherent and credible response to the sharp drop in oil prices, says Fitch. Flexible exchange rate, high commitment to inflation targeting, fiscal consolidation and providing support to the financial sector has enabled the economy to adapt to low oil prices and gradually restore confidence in the country, said the Agency.

Fitch expects that CBR will be released on the inflation target of 4% by mid-2017.

According to Agency estimates, the combination of a three-year budget planning and conservative projections of oil prices with the budgetary rule transition period, allowing the use of surplus oil revenues to reduce the budget deficit, and the potential interventions of the Central Bank in the foreign exchange market to prevent the growth of the real effective exchange rate in the aggregate, subject to successful implementation, can improve macroeconomic stability, fiscal consolidation, and reduce dependence on oil revenues.

Fitch expects deficit reduction to the Federal budget from 3.4% of GDP in 2016 up to 2.4% of GDP this year and 1.4% of GDP next thanks to higher oil revenues and a nominal freeze in the level of government spending. Thus, the deficit will be below targets (3% of GDP in 2017 and 2% of GDP in 2018) with sufficient margin.

The debt load of the Russian Federation (12.9% of GDP in 2016) is the lowest in the group of countries with comparable ratings.

Risks from the banking system, Fitch assesses as restricted. The capital adequacy ratios of banks remains modest, but pressure on them is reduced as a result of the General stabilization of asset quality and profitability. The high liquidity in national and foreign currencies. The Central Bank will continue to “clean up” the banking system, the planned strengthening of anti-crisis measures, which probably will reduce dependence on direct state support, Fitch considers.

Fitch expects a modest increase in current account surplus during the forecast period – up to 3% on average in the years 2017-2018, up from 1.7% in 2016 as the recovery in domestic demand, fuel imports, largely neutralizes the positive effect from rising oil prices. The outflow of capital will remain moderate, said in a press release.

Russia’s international reserves in 2016 increased to $378 billion (12.8 per month external payments), and by the end of February to $397 billion.

As a result of increasing oil revenues, Fitch expects that Russia will exhaust the Reserve Fund in 2018, not in 2017 as previously thought. Russia has the most significant reserves of liquidity from countries with comparable ratings.

According to Fitch, Russian President Vladimir Putin will surely win the presidential elections scheduled for March 2018.

In its forecasts, Fitch assumes that the sanctions of the European Union and the USA against Russia will continue in the medium term, but not tightened significantly.

The main factors that together or separately could lead to positive rating actions are to restore fiscal and external economic buffers, for example, due to the steady growth in oil prices, and a commitment to credible medium-term fiscal programmes, structural reforms that increase potential growth, reads the press release.

Reasons for negative rating actions may be, in particular, easing of monetary and fiscal policies that support the economy and the budget, a sharp decline in international reserves, rising geopolitical tensions or the introduction of considerably harsher penalties.