In the state Duma Committee for security and combating corruption prompted to enter in all of the Russian driving schools driving lessons mandatory ethics. This was stated by the head of the Committee Vasily Piskarev (fraction “United Russia”). With the initiative he will speak at parliamentary hearings in the state Duma on Tuesday, April 4.

Many accidents in Russia are committed due to “lack of driving culture and respectful attitude” to other road users, says the Deputy. “It is no accident in several European countries for gross violation of traffic rules the driver along with the legal responsibility of the incumbent to take paid courses on the culture of driving,” said Piskarev. He has come to introduce such a practice in Russia.

One of the measures to improve the safety of drivers could be the introduction of the current rules putting the SDA compulsory exam on knowledge of ethics and driving culture. “Such a subject must take not only the person receiving a driver’s license, but devoid of it for a certain period”, — said the Piskarev. The subject “Ethics and the culture of driving” is going to be necessary to everyone who gets rights,” said the MP. In his opinion, many tragedies on the roads could have been avoided, “if the drivers respected each other.”

The effectiveness of ethics lessons will depend on the specific programs, says the Moscow coordinator of the Federation of automobile owners of Russia Dmitry Samarin. “In Germany, for example, demonstrate specific examples of driving in such situations. When an ambulance drives between lanes, and cars move over to the right and to the left,” he commented .

For nepropusk “emergency” — without the rights

Also in the state Duma proposed to toughen punishment for nepropusk soon. Relevant amendments, in the General bill to toughen penalties for impeding the work of physicians, on Monday submitted to the state Duma Vice-speaker of the lower house, Irina Yarovaya and head of the Committee on health Dmitry Morozov (both from the faction “United Russia”). 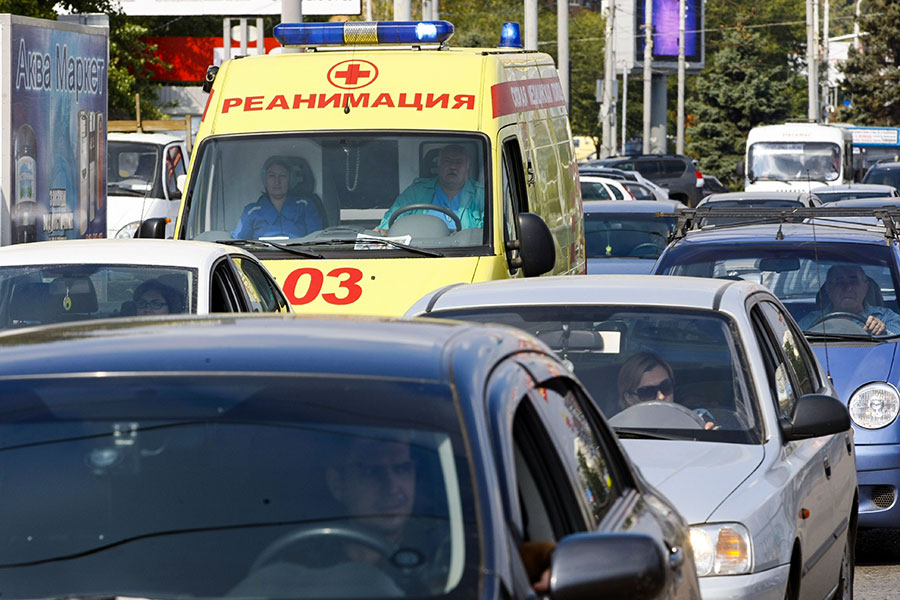 MPs propose to introduce in the Code of administrative offences punishment for obstacles in the delivery of medical care. Such actions will be punished by a fine in the amount from 4 to 5 thousand rubles or administrative arrest for up to 15 days. The novel introduces a special administrative responsibility “for the failure to provide the benefits of moving ambulances, if this caused the failure to provide or untimely provision of medical care”. For this the offender will be fined on 30 thousand roubles and to deprive of a driving licence for a period of six months to two years.

Profile Committee of the lower house will support tougher penalties for nepropusk soon, said the Piskarev.

In past years, the government has launched a number of initiatives to increase penalties for violators of traffic rules.

In 2015, the Ministry of interior has made in the lower house a draft law on deprivation of rights for three violations of the rules of driving. To deprive of the rights proposed for the next accumulated violations: speeding on the value of more than 40 km/h; cross railroad tracks outside the crossing; driving through a red traffic signal; failure to give way to the vehicle having the priority right of movement; u-turn or reversing in places where such maneuvers are forbidden; the travel into the oncoming lane; turn or u-turn in places where it is prohibited by signs or markings; postuplenie roads pedestrians.

But the consideration of amendments was deferred to the end of last year. There was a danger that “the bill will affect millions of motorists, not just thugs” and rights can be deprived of “half the country”, explained the first Deputy Chairman of the Duma Committee on state construction and legislation Vyacheslav Lysakov.

Last summer, Prime Minister Dmitry Medvedev signed a decree which brings into the SDA a new concept of “dangerous driving”. Under a dangerous driving, as the document refers to “the repeated Commission of one or more successive actions.”

Under this wording means: failure when changing lanes to give way to the vehicle having the priority right of movement; rebuilding in heavy traffic when all lanes are occupied (an exception will be made in the case of left turn or right turn, stop or swerving). Dangerous driving is the failure to observe a safe distance from the ahead vehicle, failure to comply with a lateral interval, sudden braking (if it is not needed to prevent accidents) and preventing overtaking.