Less than a week after the procedure starts, Brexit, the UK and the European Union was on the verge of a diplomatic war, which, by the assurance of a number of British conservatives, has a chance to turn into a hot. Before the start of the negotiation process to withdraw Britain from the European Union, the parties clashed over Gibraltar, which is an overseas territory of Britain, but has close ties with Spain.

Friday, March 31, the President of the European Council Donald Tusk and Prime Minister of the presidency of Malta Joseph Muscat has presented the draft version of the basic principles of the European Union in the negotiations on Brexit. Addressed to the delegations of the 27 European countries the document will be discussed at a special meeting of heads of state and government of the EU on 29 April. Of the 26 paragraphs of the draft, the greatest outrage the British caused the status of Gibraltar. “After the UK’s exit from the EU, no agreement between Britain and the EU could not be applied in Gibraltar without a separate agreement between Spain and Britain”, — is spoken in the draft document.

London accepted the position of Brussels as interference in internal Affairs. The Minister of foreign Affairs of great Britain, Boris Johnson said that the UK “firmly as a rock, will remain committed to the support of Gibraltar”. The British defense Secretary Michael Fallon called on to defend Gibraltar “by any means”, one step from the threat of military conflict.

This step-Fallon did Lord Michael Howard, the former in early 2000-ies the leader of the Conservative party: “I am Absolutely sure that Prime Minister Theresa may will do exactly what I did 35 years ago, her predecessor, Margaret Thatcher, to protect the freedom of the other small British commune from another Spanish-speaking country.”

Statement of Howard sounded on April 2, on the 35th anniversary of the outbreak of war between Britain and Argentina over the Falkland Islands, which ended with the victory of the British. In response, the Spanish government called on London to “calm down” and return to a constructive dialogue. “Historical analogies are like the Falklands do not fit the context. We’re a little surprised by the tone coming from Britain reviews, given the known temper of Englishmen,” — said the Minister of foreign Affairs of Spain Alfonso Dastis.

An oasis of freedom 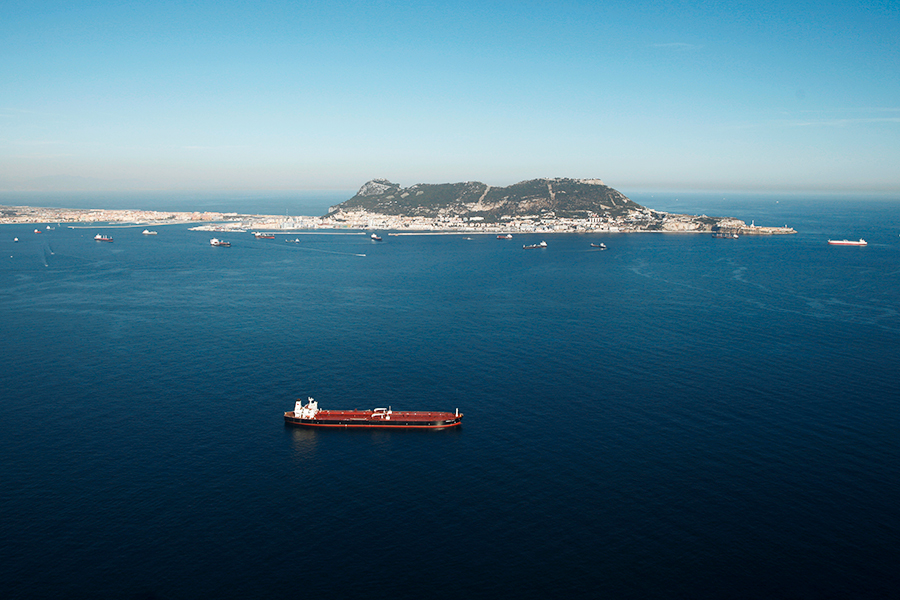 Residents of the Peninsula (about 30 thousand people) are always in favor of preserving the overseas territories in the UK. On the 1967 referendum, 99.6% of Gibraltarians did not want to go under the control of Spain. In the referendum of 2002, 98.5 per cent had rejected the compromise plan of London on the introduction of joint Anglo-Spanish control.

The referendum on Brexit in June 2016, 96% of Gibraltarians with a turnout of 84% voted to remain in the EU. On this referendum, and elections to the European Parliament, Gibraltar is considered to be the constituency of South-West England.

Gibraltar has a separate UK financial system with favorable terms of taxation, which, in 2000, the OECD ranked the Peninsula to tax havens. Economic relations with neighbouring Spain are focused primarily on labour migration: every day, about 12 thousand of the Spaniards going across the border to work in Gibraltar. As will be resolved the question of movement across borders after the British exit from the EU, is still unknown.

In September 2009, experts at Britain’s Bournemouth University, commissioned by the chamber of Commerce Gibraltar has analyzed the economic ties of the Peninsula with Spain and came to the conclusion that the developed economy of Gibraltar has had a positive impact on the nearby Spanish Campo de Gibraltar. For example, in 2007 cross-border workers brought in Spain £43 million earned in the Peninsula. Themselves Gibraltarians spent in the same year, £30 million in the Spanish stores. More than 12% of GRP Campo de Gibraltar is directly related to the economy of the Peninsula.

The Empire is under attack

A diplomatic row over the status of Gibraltar arose from nowhere, emphasizes the British Financial Times (FT). The fact that the final agreement on Brexit and already should get agreement in all the European capitals, so the point about the role of Madrid in resolving the Gibraltar issue is unnecessary. According to sources, FT, to include a provision on Gibraltar Tusk asked the Prime Minister of Spain Mariano Rajoy during a European people’s party Convention in Malta the day before the publication of the draft negotiations. “In any case, it is a simple document about the negotiation intentions, and he can’t give Madrid a right of veto, which he still is not” — said the publication partner of the law office of Hogan Lovells Charles Brasted.

However, the crisis in relations with London led to the easing of Spain’s position regarding Scotland. As stated in a conversation with Spanish newspaper El Pais the Minister of foreign Affairs of Spain Dastis, Madrid “does not intend to block” the entry of an independent Scotland in the EU after Brexit process. Earlier Madrid extreme caution has been expressed about the independence of Scotland from the UK, with a strong separatist movement in Catalonia.

After last week the Scottish Parliament supported the holding of a second referendum on independence, March 31, the first Minister of Scotland Nicola Sturgeon addressed a letter to Mae a formal request with a call to begin consultations on this issue. According to Sturgeon, the referendum should be held so soon as I become aware of the details of the final transaction Brexit to the Scots likened the prospect of independence and the preservation of part of the UK outside the EU.

As marks Bi-bi-si, such a move there is legal basis and historical precedents. First of all, this complies with the Belfast agreement of 1998, according to which the device and the status of Northern Ireland define themselves its inhabitants, which in the agreement have the right to hold a referendum on secession from the UK.