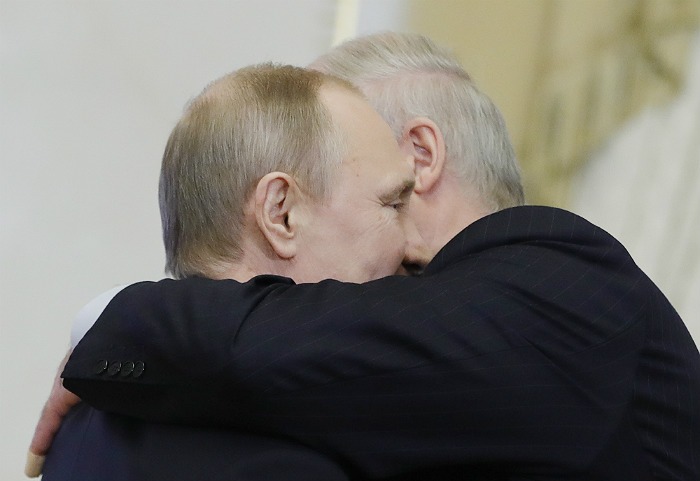 Moscow. April 3. The presidents of Russia and Belarus found a scheme in which approximate positions of the two countries for the price of hydrocarbons, said Russian leader Vladimir Putin.

“We found a scheme in which we maintain our approaches, bringing together our positions on prices,” he said at a press conference following talks with President of Belarus Alexander Lukashenko.

According to Putin, the two leaders “found the possibility of mutual concessions.”

The Russian President emphasized that Russia and Belarus to date, remained contentious issues.

As explained by Deputy Prime Minister Arkady Dvorkovich, after initialing the appropriate amendments of the intergovernmental agreement, Belarus will pay the debt to “Gazprom” – about $726 million, and the Corporation in turn will give a discount for 2018.

“I can confirm once again that we agreed that on certain conditions, be adjusted a number of intergovernmental documents concerning the relations in the sphere of oil and gas that after the initialling of the Belarusian side will return the unpaid amount to “Gazprom”, – he said, refusing to announce a discount of “Gazprom”.

According to Dvorkovich, it was decided to restore the supply of oil in the amount of 24 million tons, and Gazprom will give the discount as a reduction factor to the price formula, starting in 2018 to late 2019.

In addition, during the meeting the presidents of Russia and Belarus have agreed on the principles of work in the oil and gas sphere for the period until 2019.

“Reiterated their commitment to create the necessary basic terms and conditions by July 2019 to create a single electricity market”, – said Putin.

In turn, Dvorkovich stressed that the relationship in the oil and gas sector with Belarus after 2019 is the subject of separate negotiations.