That the Bank of Russia began inspection of insurance companies on the implementation of electronic sales of insurance policies, said several sources in the insurance market. “Checked the top 20 companies on MTPL insurance, look at the algorithm of e-insurance”, — said one of the interlocutors.

“Verification started on Monday, similar to control purchase”, — said one of the sources. Still, this segment of the business insurers did not cause the attention of the regulator.

The Bank of Russia confirmed the fact of inspection. “Because electronic sales, insurance gain (sold more than 746 thousand e-policies in the first quarter of 2017), the Bank of Russia deliberately check insurers on issues related to the implementation of electronic sales”, — said the representative of the press service of the Central Bank. He noted that emphasis will be placed on the sites of insurers, identification of the facts and the reasons for divert customers to websites of other companies.

As previously reported, the owners complained about the inability to buy a policy on the website of the chosen insurance company. According to them, instead they are redirected to the website of another insurer.

A source close to the regulator added that the thoroughness and depth of the verification of sales by insurers e-policies will depend directly on the number of complaints of the users of the product in each company. “We warned the insurance company that such audits will, but their timing, depth and form is still not revealed”, — said the source .

All insurance companies licensed to CTP, are obliged from 1 January to conclude contracts in electronic form on the whole territory of the Russian Federation. The insurer must provide continuous and uninterrupted operation of its sites.

As confirmed by the representative of the Russian Union of motor insurers (RAMI), complaints from users are mainly associated with the inability to issue electronic insurance policy, due to the reluctance to sell e-policies in the so-called toxic areas where there is high loss payouts. Since the beginning of the year, RAMI has received 582 written requests for e-insurance, or 22% of the total number of references. Customers are not unable to issue an e-policy in response to emerging errors in the operation of the sites, constant redirections to websites of other insurers, etc. 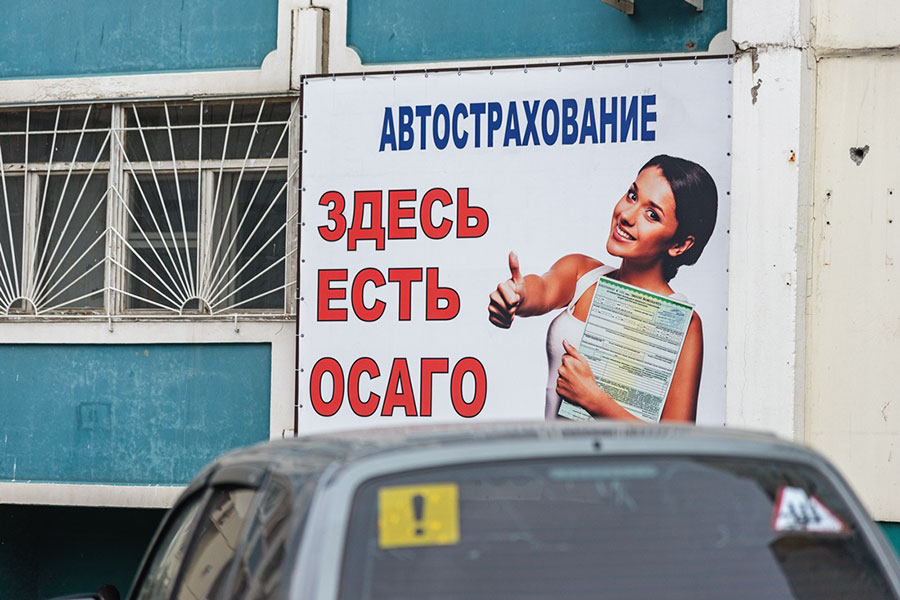 The sight on IT

surveyed the major insurance companies, leading in sales of insurance, whether the employees of the Central Bank with the checks to them. Six of them have confirmed that the Central Bank began this week such a test. This official information was revealed only three of the company “RESO-Guarantee”, SK “MAX” and “Consent”.

Who wished to be unnamed top managers of the insurers said that basically tested the functionality of the website of the insurer, the availability of the users of the service for the sale of the policy, e-insurance, operation of servers, the willingness of the software.

Basically the checks are conducted in the IT Department, said the Deputy General Director of “RESO-Guarantee” Igor Ivanov. “Representatives of the Central Bank together with Bank employees in real time the sale of policies e-insurance”, — says development Director of insurance IC “MAKS” Sergey Pechnikov.

Insurers indicate that with the introduction of e-insurance, new types of fraud. “Concerned about the rapid development of a new type of fraud: fake websites of insurers; fraud middlemen who sell counterfeit using editing software e-policies e-insurance; falsification of clients and intermediaries of data on place of residence of the insured and others that affect the cost of policies,” says Ivanov.

The Central Bank said, declining to disclose details that the results of verification to the insurers threatened measures of Supervisory response. In addition to the sanctions of the regulator fines have the most SAR. As specified in the CWA, penalties for failure to sign the electronic agreement on the website of the insurer to which directly addressed the potential insured, as well as for failure to sign the electronic agreement of the company, which had redirected the insured within the system of substitution of the insurer etc. the Penalty in each such case all violations is 20 thousand rubles, but not more than 200 thousand rubles per calendar month.

The controller generally regulates the process of electronic sales of insurance policies, ranging from penalties and ending with the risk to lose the license, said the Director of the Department of insurance Sao “ERGO” Natalia Kublanova.

Increased attention of the Central Bank in this segment is quite justified, experts say. Director of the group ratings of financial institutions of an ACRE Alexey Bredikhin notes that the structure of e-insurance, is aimed at ensuring the availability of the sale of policies of insurance, makes the possibility of fraud in this segment above. “Formally, the insurer has no possibility to conduct the selection of customers, but the opportunity they’ve always used,” he acknowledges. While Bredikhin notes that until now the regulator did not make such checks when starting a new insurance instrument. “Like the introduction of manual control in the segment in which the unconditional victory of the regulator. The Central Bank has already proved that he is ready to motor to extreme measures, including the nationalization of the segment”, — said the expert.