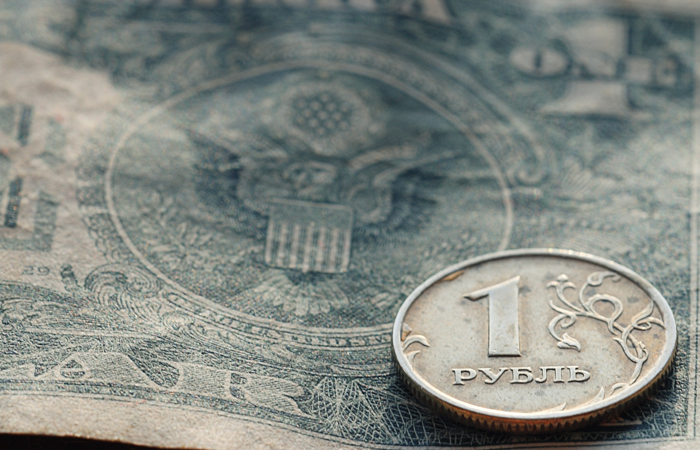 Moscow. April 6. The programme of action to accelerate economic growth to 2025, which prepares the Ministry of economic development, the details will be ready this autumn, and with a strong ruble, the authorities have to deal now. While much progress in the fight against “prewcription” did not bring any purchase by the Ministry of Finance of the foreign currency, or “verbal intervention”, but officials do not intend. The ideology of the struggle with overly strong course imbued with a new macroeconomic forecast to 2020 prepared by the Ministry of economic development, and comments presenting the document to journalists Minister Maxim Oreshkin.

As suggested by Maxim Oreshkin, the ruble has significantly deviated from its “model level” in the direction of perioralny in the near future should decrease and at the end of the year to reach 68 rubles per dollar (the official exchange rate on April 7 – 56,44 RUB/$). According to him, such a course is expected in the baseline scenario of economic development at lower oil prices by year-end to $40 per barrel (the average price of oil will be $45,6 per barrel).

If oil prices remain at current levels, according to the Minister, the rate will be 63 to 64 rubles to the dollar.

“Currently, the rate significantly deviates from the model level. And the ruble is now even stronger than it would be in the absence of transactions of the Ministry of Finance,” said Oreshkin.

The Ministry of Finance has started to spend additional oil and gas revenues to purchase foreign currency from February 7. Two months later the Ministry of presence in the market as the ruble weakened, but rather strengthened (on 7 February, he was 58,71 RUB/$).

“The current change rate has been a serious change in the balance of payments, and through this channel, in our view, the coming quarters will be a recovery of the exchange rate to the model level”, – said the Minister.

“Assuming that the current exchange rate will remain unchanged, in this case, the serious deterioration of the current account to preserve the stability of the currency market will need additional capital inflow of $18 billion to the Russian market, and generally below the current rate remained, in General, we should see capital inflows more than $10 billion, which is not the baseline scenario. Therefore, we expect significant weakening of the ruble in the next three months,” said Oreshkin.

“In General, the double effect of restoring the exchange rate to the model levels and the effect of lower oil prices to $40 per barrel by year-end should lead to the rate of 68 rubles at the end of the year,” he announced the Ministry’s forecast.

Support for the rouble, among other factors, have a cautious actions of the Central Bank, which on the background of a sharp deceleration of inflation remains committed to a moderately tight monetary policy. Officials urge the regulator to take more decisive actions using the strongest for the CB argument is the risk of default target for inflation. But if a few months ago, many analysts doubt that the Central Bank will be able by the end of 2017 to slow down inflation to the desired 4%, now we are talking about the risk to slip, the target level down and not be able to brake in time.

Maxim Oreshkin expects that if the exchange rate will be maintained at current levels, the Central Bank will be more aggressive to reduce the key rate, otherwise inflation for the year would be significantly below the target range of 4% – maybe even below 3%.

“In the case, if we assume the saving rate at the level of 56-57 per dollar by the end of this year we expect an inflation of 2.9%. But this option we believe is unenforceable, because in the case of the situation with inflation in this trajectory is, of course, be taken into account by the Bank of Russia when making decisions on interest rates, we will really see another trajectory from the point of view of dynamics of the basic interest rate”, – said the Minister.

Of the Central Bank at its meeting on 24 March for the first time in several months, lowered the interest rate by resorting to long time not used minimum step – by 0.25 percentage points (from 10% to 9.75%), that is “more aggressive” reduction implies a return to traditional in the last time step of 0.5 p. p. Next meeting of the Board of Directors of the Central Bank’s monetary policy will be held on April 28.

In the basic variant of the forecast of Ministry of economic development expects inflation in 2017 at a level only symbolically different from the target of the Central Bank.

“The base scenario assumes reduction of inflation to the target of the Bank of Russia already by the end of may this year (at the beginning of this week, the rate in annual terms amounted to approximately 4.3%). Under the baseline scenario, which assumes the exchange rate to weaken to the level of 68 rubles to the dollar by year-end, we expect inflation at 3.8 percent,” said Oreshkin.