The Ministry of justice finalized the draft law, which obliges collectors insurance premiums to inform the investigative authorities fail to settle large arrears employers, individual entrepreneurs and citizens. Monday, April 10, the document approved by the government Commission on legislative activities, the Commission consulted . The fact of the approval of this project by the Commission was confirmed by the meeting participant.

The Ministry of justice finalized the bill — Sputnik government amendments to the criminal code. These amendments return the reversed criminal liability for nonpayment of premiums. This package of bills was introduced to the state Duma in December 2015, early 2016 adopted in the first reading and since then is preparing for the second. The crucial second reading of the whole package is planned in the current spring session of the Duma before the end of July, according to the materials of the state Commission with reference to information of the responsible committees of the Parliament (legislation and labour).

Up to seven years in prison

The main bill in the package proposes to punish employers, citizens and individual entrepreneurs for the concealment of property which have paid insurance contributions, and also for evasion from payment in large and extra large sizes. Defaulters will face fines from 200 thousand to 2 million rubles for the concealment of money and assets, which must be paid insurance contributions, and up to 300 thousand rubles for individuals (up to 500 thousand rubles for organizations-non-payers) — for evasion from payment of insurance premiums.

In addition, citizens and representatives of the companies-defaulters provided forced labor (five years for the concealment of property from the collectors of contributions, up to one year for non-payers-individuals and up to four years for representatives of the companies-defaulters). The maximum term of imprisonment of seven years is proposed by the government for concealing from the collectors of insurance premiums of property in especially large size.

The state is struggling with the “draft Dodgers” by filling in gaps in the laws and amendments of the Ministry of justice equate the contributions to taxes for purposes of punishment, said the head of the criminal practice of BMS Law Firm Timur Huta. “For anybody not a secret that the unfavorable foreign climate and certain political problems the country follows the path of maximum filling of the budget. Almost always the sources of replenishment are citizens or entrepreneurs,” says Futami. The bill creates a new offense, adds a senior lawyer of the company “EuroPartner” Denis Kovalev, and the changes look natural, as taxes and insurance premiums are similar in nature.

The need to impose sanctions and liability for non-payers is long overdue, says the head of the legal Department HEADS Consulting Diana Baclosan. According to her, the administration of insurance premiums going from bad to worse, their lack of collection imposes a heavy burden on the budget. “The lack of a clear rigid mechanism of collection of contributions has created a mood among businesses that can afford to hold the payment of data charges,” says the Huta.

The government has embarked on a tightening of tax administration, but also wants to fight shadow employment where extra-budgetary social funds nedobirayut hundreds of billions of rubles. In Russia, large grey labour market according to Rosstat, in 2016, almost to 15.4 million people worked in the informal sector (21% of total employment). With the labor income of all these people do not pay contributions for compulsory pension and social insurance (or paid not in full, as part of the people in parallel with informal employment employed in formal work). Given the “envelope” schemes, where employees receive part of their salaries “by cash”, the Russian informal labor market may reach 30 million people estimated last year, the Center for socio-political monitoring of the Ranepa.

The shortfall of premiums for only one retirement system, the rector of Academy of labor and social relations Alexander Safonov estimated at 1,5 trillion RUB (2013), previously wrote. This assessment over the years has definitely increased in nominal terms, he said. Wages in Russia to 2016 amounted to 40,2 trillion (this figure includes informal earnings), it follows from Rosstat data on GDP structure by sources of income. According to Safonov, on a hidden payroll account for approximately 30% of the total — about 12 trillion over the past year. Applying to the latent wage an effective rate of 18.5% (which, according to Safonov, takes into account the reduced rates of insurance contributions in different sectors, and regression payments in excess of the income limit base), we can estimate how much more could be charges to the Pension Fund in 2016, if the grey market suddenly became white — the 2.2 trillion rubles.

To obtain the exemption from criminal liability can citizens and companies who have committed such violations for the first time and had paid contributions, penalties and interest, to the bill.

Punishment offers the Ministry of justice was excessive, says Futami. “The sanction of deprivation of liberty for a term of more than five years automatically makes the act a felony. I believe that the situation with unpaid contributions is not as critical as with unpaid taxes, though, because of the difference of the sums, so consider this punishment excessive,” he says. If the amendments will not become exclusively a tool of repression, the situation of contributions can truly change for the better, says lawyer BGP Litigation George Bagan. But if the changes will shift in the direction of approach “will initiate proceedings, but we’ll see”, it can provide an additional tool of corruption pressure on business, he warns.

In conjunction with the police

According to the Ministry of justice finalized the bill-a companion, after the introduction of criminal liability for non-payment of insurance contributions to the Federal social insurance Fund (FSS) will accompany the request for payment of arrears of premiums with a warning that materials on the defaulters will be handed over to the investigating authorities for initiating criminal cases. Data on non-payers will be transferred to the investigating authorities two months after a lack of response to warning FSS, it follows from the modified bill. The police and investigative agencies will also be required to inform the FSS of their defaulters of dues, said the Ministry of justice finalized the bill. The Ministry also proposes to legalize the participation of the police in the field audits of payers of insurance premiums. Now the police can only invite the tax authorities to participate in tax audits. 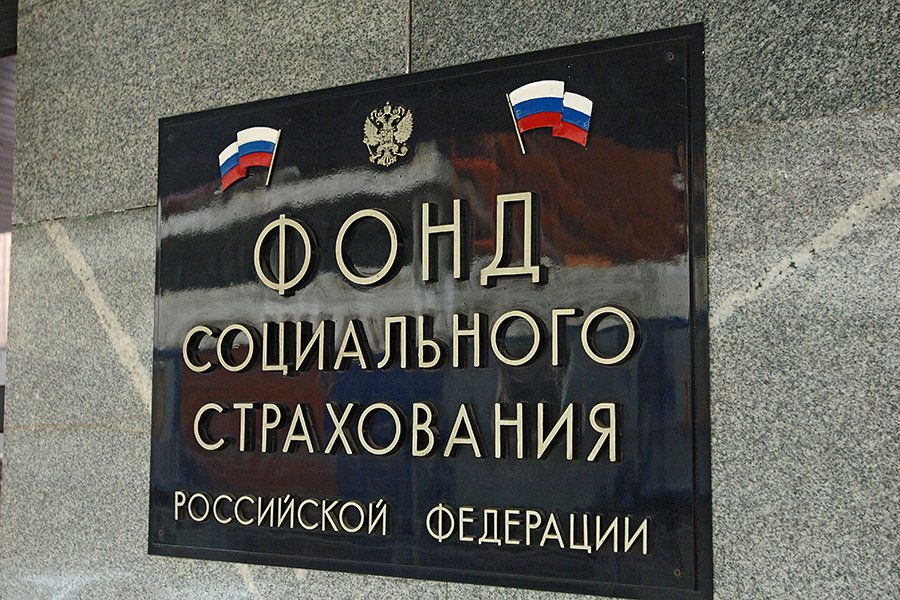 FSS is the only extra-budgetary state Fund, which still continues to collect part of the insurance premiums while collecting the greater part of the contributions (for pension, medical and partly social insurance) from January 1, 2017, meets the Federal tax service (FNS). In the Ministry of justice finalized the draft law mentions, on no, however, in the current Tax code for the tax already provides a similar mechanism for the recovery of arrears of insurance contributions (it is similar to the mechanism of collection of delinquent taxes and described in Chapter 10 of the Tax code).

The press service of the Ministry of justice forwarded to the government a question on the need for additional clarification of the mechanism of recovery of arrears of insurance contributions for the tax service. The government office has not responded to the request at the time of publication.

Criminal liability for non-payment of insurance premiums have traditionally been provided by the legislation, and especially the need to stipulate it in the law disappeared after the introduction in 2001 of the Uniform social tax (UST), stated in the explanatory Memorandum to the main bill. But after the cancellation of the SST in 2010 and return to the collection of insurance contributions mention the possibility of attracting debtors to criminal liability in the act was not returned in the laws about the collection of contributions provided only administrative responsibility for non-payment.

In 2012-2014 years 8028 evade the payment of contributions to the pension Fund of the companies underpaid the contributions of 27.8 billion rubles (in large size) and of 68.8 billion rubles (especially large), stated in the explanatory Memorandum to the main bill. Individual entrepreneurs — evaders during the same period there were 150, the total amount of their unpaid contributions valued at 151,4 million rubles (in large size) and 43 million rubles (especially large). FNS administers only the current accruals, says managing partner “Lamczyk, Krupsky and partners,” Andrew Krupski. Those debts that accumulated over the past years, yet outside of their attention, and it is not yet clear whether the new rigid mechanisms for past debts from the point of view of practice, he thinks.