It is considered that the main feature of the Russian labour market is responding to the crisis by reducing wages and not a reduction of staff. This thesis Wednesday, April 12, contested Economic expert group (EEG), headed by economist Evsei Gurvich. On the second day of the April conference of the Higher school of Economics (HSE), he presented a report in which the main feature of the labor market in Russia unexpectedly called his “normality” and efficiency in comparison with other countries.

Still common is the concept of “the Russian model of the labor market,” writes the report Gurvich. It implies that in the economic downturn, the market responds mainly by the reduction of salaries of employees, while the reaction of the number of employees in response to shocks is relatively weak. This approach in the mid 1990-ies was formulated by the British economists Richard Layard and Andrea Richter, later it was confirmed by Russian scientists. This is the difference between domestic models from the situation in most developed countries where economic fluctuations are usually smoothed due to changes in employment and unemployment, wrote this year in the report for the Center for strategic research experts from the HSE, (.pdf).

But this approach has several problems, Gurvich argues. For example, it does not specify by what adapts, “does not reveal the mechanisms.” In addition, the concept is not based on macro models, basically its correctness is argued empirically the market response to the crises of 1992-1994 and 2008-2009.

Unemployment in February, according to Rosstat, remains at a traditionally low level of 5.6%. Russia coped with unemployment, said the Prime Minister Dmitry Medvedev, recognizing, however, that the next five years will be difficult for the labour market (but not because of unemployment but because of the shortage of qualified personnel). On the surface there is a paradoxical phenomenon “recession, sustained unemployment”, pointed out last summer, Bloomberg. However, the crisis on the labour market was and is, experts say Ranepa: percentage of employees who went on leave without pay, were simple or worked part-time at the initiative of the employer, i.e. partial unemployment, in 2016, rose for the fourth consecutive year (to 10.7%).

“Experience shows that crisis situations are always unique, in terms of magnitude, and often the nature of shocks experienced. It is known that in such cases the reaction of the labour market is often very different from the typical “quiet” time,” — says Gurvich. The idea of a “Russian model of the labor market”, in his opinion, can be compared with the situation when the doctor indicates as a diagnosis of “fever,” although in fact it is not the cause but the symptom.

couldn’t get comments of the Director of the Centre for labour market studies HSE, Vladimir Gimpel’son and his Deputy Rostislav Kapelyushnikov, point of view which criticizes in his work Gurvich. Gimpelson not answered the call , and Kapelyushnikov, declined to comment. 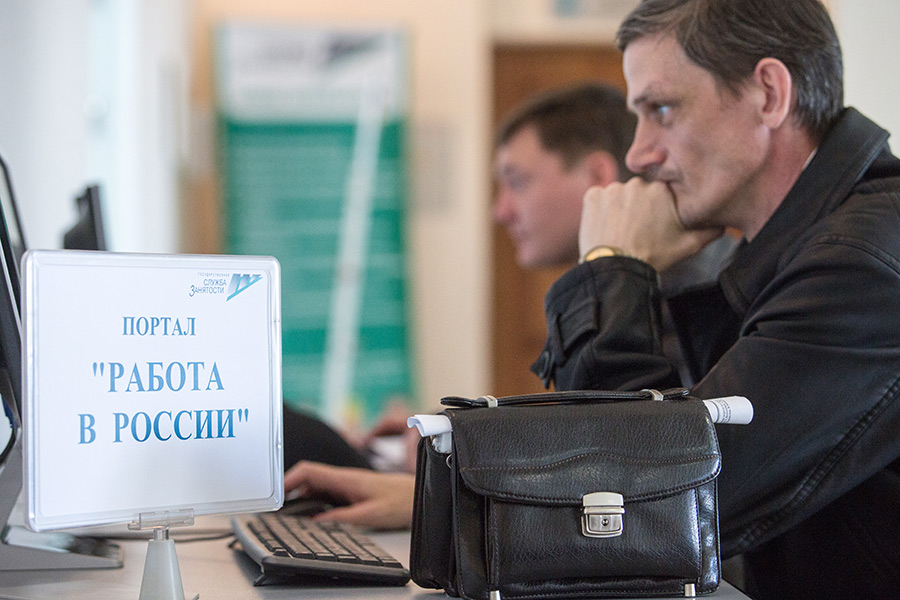 In General, the labor market in Russia is different “normality,” says EEG. The reaction to negative shocks, production is more than double the reaction on the positive, and this behavior is typical for many countries. Typical and the relationship between GDP and unemployment, which intensified during the crisis and greatly reduced during periods of growth. The differences in the analysis of labor market in Russia and other countries show it is not so much about the specifics, but about “the conditions in which the developing Russian economy”, explain the authors: “In Russia during the period under review was dominated by positive shocks, and in most other countries in the sample they were relatively balanced”.

Not valid in the country and the concept of “effective salary”, which other scholars called the feature of the Russian labour market, says EEG. In contrast to classical economic theory, this approach provides that wages positively affect productivity, and not Vice versa. However, the evidence of such a mechanism, when the increase in wages brings companies benefits in Russia “almost absent,” says Gurvich. Sign of another “non-traditional” mechanism — using employment in the public sector as a social policy instrument — are not.

This thesis is about the relationship between wages and unemployment in Russia EEG, in fact, does not argue. The elasticity of real wages to the unemployment rate in Russia is higher than in almost all other countries, the report said. “The preservation of the extremely high unemployment in several European countries eight years after the “great recession” indicates a very low flexibility of their labour markets in this sense of the term,” — said Gurvich.

Debate about the effectiveness

The “normality” of the Russian labour market, according to the EEG is the lack of “pathologies” that exist in other countries. This contributed to small powers of trade unions, high inflation (to reduce real value of salary, without touching the nominal), a significant amount of premiums and other payments in the payroll. “Maturity” of the labour market is long-term, he has the ability to autonomously that “puts into question the appropriateness of using measures of fiscal and monetary stimulus”.

The labor market in Russia in contrast to other sectors of the economy “happily escaped the over-regulation due to the absence of large potential sources of “administrative rent”, experts say. “So there is no distortion of market mechanisms, demonstrated high efficacy,” they concluded.

The Russian labor market can not be considered effective, categorical Pro-rector of Academy of labor and social relations Alexander Safonov, this is evident from the poor distribution of specialists by sector: decrease of employees in industry, a high proportion of public sector employment on the gray market. If these imbalances began to be eliminated, the market would be squeezed out of people either in effective sectors, or unemployment, he said. To operate only the methodology of the International labour organization in assessing the employment situation in Russia is wrong, continues Safonov, the reason is just hidden unemployment (furloughs, part-time, etc.). High unemployment has saved the country and the demographic crisis: if it was not, then, according to Safonov, the number of unemployed would grow by 700 thousand people a year.