The state Duma Committee on regional policy and problems of North and Far East has proposed to extend the programme of demolition of the buildings at regions, said in response to the bill on Khrushchev.

The Committee “conceptually” supported the idea “a large-scale renovation of the housing stock: Moscow city”. Deputies believe the capital project “may act as a pilot for possible use relevant experiences in other regions of the Russian Federation”. The Committee suggested that in preparing the bill a second reading “to consider the question of creating legislative prerequisites for the implementation of similar programs renovation” in other regions. 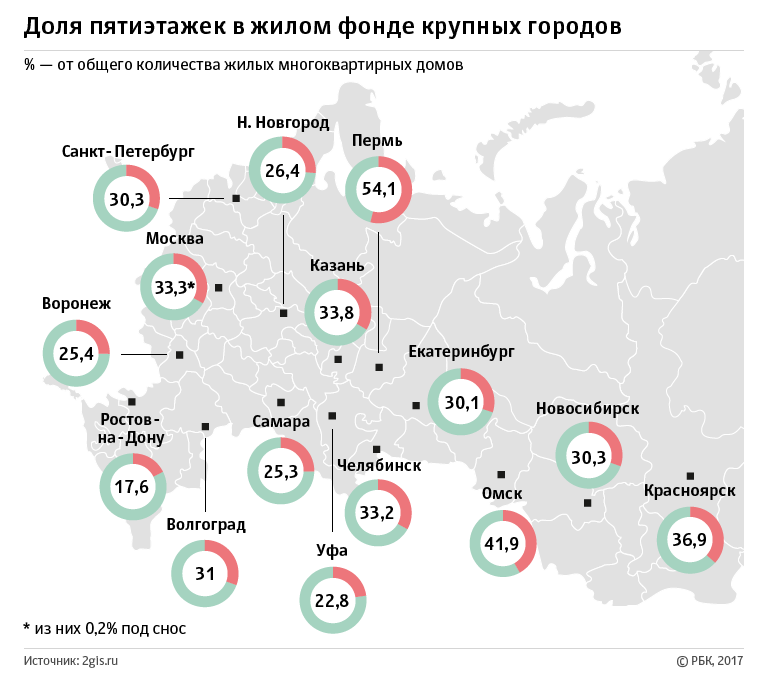 The bill also was supported by the Committee on state construction and legislation, recommending a number of comments. The review stated that the eviction of the owner on the court, “involves essentially a new form of seizure of property, not provided by law”. The bill is unclear the fate of non-residential buildings built within the boundaries of renovation, according to deputies. Not determined the date of expulsion of an apartment building from the program overhaul. It is necessary to prescribe for the owners the possibility of choosing forms of compensation — a new home or money. In addition, it is necessary to clarify the criteria for “equivalence” to be demolished and provide the owner of the dwelling, for example, to include “availability of infrastructure”.

For dissemination of the law on the five-story building in the entire country will need to change the law and adopt regulations at the regional level, noted in conversation with the Chairman of the Duma Committee on housing policy and housing Galina Khovanskaya. “The bill should not only consist of references to documents that are to be taken in the subject. You need to register in the Federal law at the regional level, leaving only nuances”, — said Khovanskaya.

On 10 March in the state Duma introduced draft amendments to the Federal law “On the status of the capital of the Russian Federation”. It gives Moscow the authorities broad powers to demolish five-story building. Officials will be able to include a whole series of specific and home in the program of demolition, to evict the owners to court if they are within two months will not agree to the new housing. A special Fund for the renovation will be to get land without bidding.

The bill will be considered in the first reading in late April. Now the parliamentary committees prepare opinions on it. The Committee for housing policy found in the violation of the Constitution. The Committee on the Federal structure of the Federation Council have proposed to extend the program of demolition of five-storey buildings all over the country. According to senators after the capital project can be started in Saint-Petersburg, other large cities and in the Northern regions.

In the regions remained almost 32 thousand five-story building. Their demolition can cost anywhere from 4 to 9 trillion rubles, said the experts.