That the tax authorities refused the claim to Deutsche Bank for the transactions of purchase-sale of foreign currency, which the Bank did in 2013-2014 with an affiliated structure (division of Deutsche Bank in London), said several sources familiar with the discussion. “After a long discussion, the parties came to an understanding,” — said one of the sources .

Thus, the Russian “daughter” of the largest German Bank no longer faces a payment of more than RUB 10 billion assessed in the audit of taxes. This significantly would increase the Bank’s losses and would reduce the capital to a critical level, requiring recapitalization by owners. According to the website of the Central Bank, at the end of 2016, Deutsche Bank gained 2.2 bn RUB. in losses. His capital on 1 March 2017 was 15.2 billion.

As previously reported, claims against Deutsche Bank in the course of check put interregional Inspectorate for the largest taxpayers (MIFNS) No. 9. According to the tax authorities, making foreign exchange transactions with Deutsche Bank in London (it was on currency swaps), the Russian “daughter”, showing on the part of these operations is a loss, tried to artificially reduce income tax. The arguments of Deutsche Bank, as indicated by sources , was to ensure that the transaction was a normal banking practice and in the aggregate were profitable for the Bank. However, the tax authorities considered that the final tax base for tax on profit could be higher if not for losses on the part of currency swap transactions.

Currency swaps — a combination of two opposite conversion transactions for the purchase and sale of foreign currency for the same sum with different dates of execution is the main tool of insurance of currency risks on the financial market. The average daily volume of transactions in Russia in 2016 reached $2.8 billion, according to the National Association of financial. “Daughters” foreign banks — some of the key players on the Russian market in this segment. The conclusion of their currency swap with the leading foreign organizations — a normal practice. Assessing the situation with tax claims to Deutsche Bank, market participants pointed to the potentially devastating effect of this precedent for the entire market. 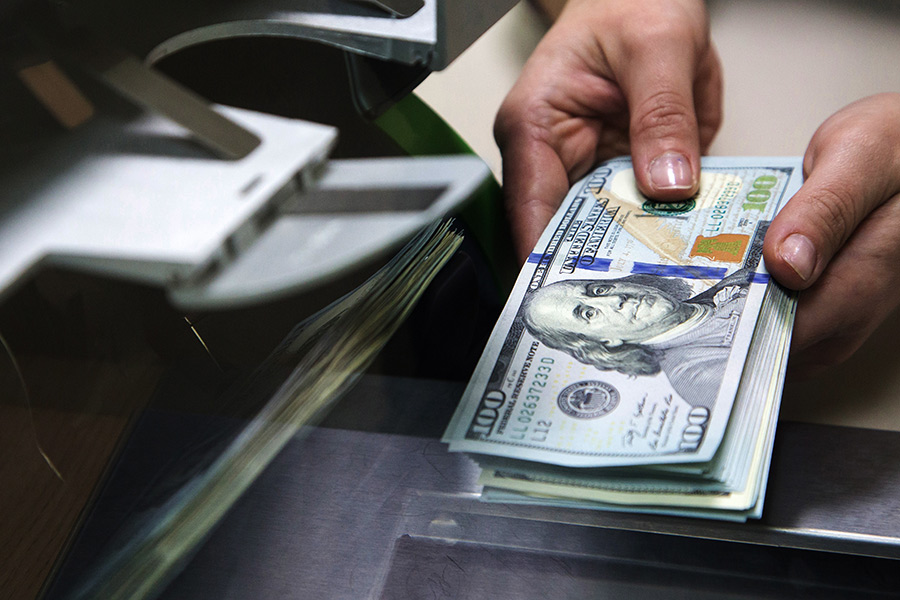 The threat has been eliminated

Now fears of the market decreased significantly. “The refusal of the tax authorities from claims to Deutsche Bank for currency swaps is extremely positive news for the market, because such operations are performed daily actively all the major banks,” — said the head of the dealing center, head of foreign exchange and money markets Metallinvestbank Sergey Romanchuk.

In his opinion, the example of Deutsche Bank is extremely important because it showed that the IRS can admit mistakes. “This is evidence of the increased professionalism and confidence that can be a solid Foundation for improving the business climate in Russia”, — he believes.

However, not all interviewed experts so optimistic. As the partner of Ernst & Young Alexei Kuznetsov, other market participants should not be about optimism in connection with the decision by Deutsche Bank. “The Saga of the Deutsche Bank ended well. This is great news, as the market was extremely alarmed by the claims of the tax authorities to the Bank, — he says. — However, the tax authorities will continue closely analyze the futures of banks and other companies, especially in transactions with affiliates, and also non-residents, with the aim of additional taxes,” he said.

As pointed out by another interviewee from the number of bankers recently, the ARB hosted a meeting of bankers with representatives of the tax, which the financiers had been given to understand that the Deutsche Bank tax won’t stop. “It was clearly stated that the transactions of banks with affiliated foreign entities, the tax authorities will primarily look at the economic sense and the market price at which operations were executed”, — said one of the participants. However, at the same time, according to him, it became clear that the position of the on — “a more or less balanced”.

“The refusal of the tax authorities from claims to Deutsche Bank, most likely, was a political issue,” — said the representative of one of Russian “daughters” foreign banks. The tax authorities usually carefully weighed the situation, exposing the claim of such a scale and just do not reject them, he says.

According to sources , the tax claims to Deutsche Bank was not removed as a result of traditional procedures for the settlement of tax claims, which follows.

According to the results of a tax audit the official person of the tax authority shall act. On it check may file objections, after considering which the reviewer decides to draw or not liable for tax offences. The final act can appeal to the higher tax authorities. If that doesn’t work, the taxpayer can go to court.

According to information Deutsche Bank has taken a different approach. “Not without involvement in the negotiation process of the Central Bank at a high level,” says one source familiar with the situation. “And, according to my information, were the negotiations difficult,” adds another source . Also for discussion was connected to the representatives of the banking community by the Association of regional banks of Russia (ASROS). “Claims were withdrawn after a professional discussion, including with representatives of the Ministry of Finance. The tax authorities came to the conclusion that it was a fair deal,” — said the head ACROSS Anatoly Aksakov. According to another source, in the settlement of the question could be involved and diplomatic resources.

Whether they are from other market participants — question, indicate the bankers.

“The skeptical reaction of the state, which has frequent precedents of a collision with really unscrupulous actions of a business, on the formal proof of integrity of certain of the operations may be justified. Although the thesis that “business is always guilty”, of course, not applicable in all cases, — says Vice-President of FBK Alexey Terekhov. And in this regard to resolve this kind of conflict right to engage third parties with good business reputation and highly skilled professional judgement, such as: representatives of the Central Bank or the diplomatic corps.”

The fact that the result of this interaction the result was a positive precedent, it is extremely gratifying not only to the parties to the dispute, but also for the market as a whole, he concludes.

FNS and the Central Bank did not respond to a request . Deutsche Bank declined to comment.