The existence of the problem of incorrect write-off of funds from Bank accounts of citizens at courts issued writs of execution (alimony, debts on utilities, taxes, debts on private disputes, etc.) pointed out to member banks of the Association of Russian banks (ARB) in a letter to the Federal service of court bailiffs (FSSP, engaged in the execution of court decisions). The treatment of bankers in the FSSP was published on the ARB website.

As stated in the letter, because of the different approaches to the identification of natural persons, bailiffs-performers (identification number of taxpayer, INN) and bankers (passport) to accurately identify the person from whose account the money deducted by the court decision, perhaps not always. As a result of their tools incorrectly you can lose citizens, in respect of which no decision of the courts not handed down.

To resolve the problem, the bankers invited the FSSP to specify in the Executive leaves the full passport details of the debtors. This will eliminate the possibility of erroneous debit, they say.

How is the identification of debtors?

Banks, according to the instructions of the Central Bank No. 153-I “On opening and closing of Bank accounts, accounts on deposits (deposits), Deposit accounts”, carry out the identification of the borrowers on the passport and it contained information. INN is represented by individuals in banks in the optional procedure, explained in the letter.

In the decisions of the same court bailiffs sent to the banks for withdrawal of cash from accounts of physical persons at the courts, passport information, on the contrary, as a rule, are absent. The majority of writs contains INN.

The only common point in the identification of the bankers and bailiffs — full name of the debtor and the date and place of his birth. However, some of the Executive document (court order, the Executive inscription of a notary and notarized the agreement on the payment of alimony), as explained in the FSSP, are required only the presence of full name, date and place of birth are optional information and are indicated if known.

As a result, as indicated in the letter of bankers, they have to identify debtors whose accounts you want to debit the money pursuant to the decisions of the courts, mostly by name, which leads to erroneous deductions.

In the Federal bailiff service confirmed the existence of the problem. The representative of the Ministry said that under current law the bailiff is not obliged to provide information on the passport data of the debtor. In addition, it may not have these data at the time the decisions were made.

interviewed top-30 banks by volume of attracted funds of citizens. In the savings Bank and Tinkoff Bank, declined to comment. Six banks — Rosselkhozbank, VTB24, Binbank, “AK bars”, “home Loan”, SMP Bank confirmed the existence of the problem. The remaining banks of the top 30 did not respond to a request .

The bankers, who agreed to speak with on the issue of incorrect write-offs, say to assess the scale of the problem is impossible, but recognize that there are such cases.

“Among the various clients of the Bank have not indicated INN when going to the Bank, can meet the full namesake — note and the Bank “home Credit”. In this regard, certain difficulties do sometimes arise. Therefore, the initiative of ARB on the complement of the decisions of the bailiffs full passport data of the debtors, naturally, we support it”. According to the Vice-President, Director of client operations support SMP Bank Tatiana Shatalov, point only to the INN, even in combination with the name of the debtor, can actually lead to mistakes in identification: “for Example, many people was missing, the name can be duplicated,” she explains. In Rosselkhozbank also indicated that banks in the implementation of search of the debtor only name and date of birth have difficulty with clear identification of the client-debtor. “Over a three-year period of cooperation with the bailiffs in the practice of the Bank have been isolated cases of incorrect debiting the account of the individual non-debtor”, — said the representative of the press service of the Bank “AK bars”. “We consider it appropriate to expand the list of mandatory parameters in the order of the judicial police officer-executor, adding data such as the “requisites of the document proving the identity”, — says member of the management Board, head of operations Department, VTB 24 Valery Chulkov. 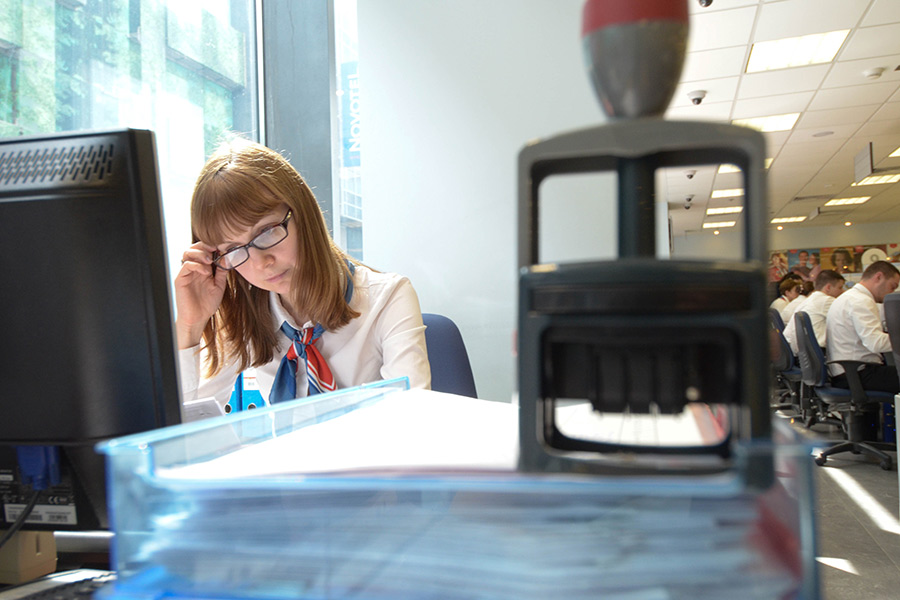 Who is under attack?

The risk of incorrect debiting the accounts of individuals, the courts issued writs of execution subject to more banks because of their greater client base, indicate the lawyers. “The banks with a small amount of individuals, the probability of having two customers with the same name is much smaller than the largest players of the same Sberbank, Alfa-Bank, VTB and others,” — the chief of legal management SDM-Bank Alexander Golubev.

The presence in the writ of additional parameters for identification, such as addresses, solves the problem not always, indicates the Chairman of the Board, Director of legal Department “the Renaissance the Credit” Sergey Korolev: “the address provided by the citizen when opening a Bank account, may be out of date on the date of receipt of the writ”.

The difficulty lies in the fact that the Bank in addition to the decision of court bailiffs Executive receives documents directly from the plaintiffs by the courts, and they “may contain even more little information to identify the customer,” said Deputy Chairman of the management Board, head of the legal Department Lanta-Bank Dmitry Shevchenko.

According to bankers, theoretically, the Bank can try to claim was. As stated in the letter, he may try to use Internet service “to Find out INN” on the official website of the FTS of Russia. However, this service requires a manual request for each individual. Access to automated service “Information about the was individuals on the basis of full passport data on group request of bodies of Executive power” to the banks, as indicated in their treatment in the FBS, is not available.

What to do in case of wrong debits?

If there is an erroneous debit, responsive customer better quickly, while charged, are first listed by the Bank on account of the police officer, not left to the final recipient. “While the money in the account from the bailiff, the Bank can try in short time to return them to the customer addressed to the bailiff with a request to return the erroneous payment,” says Alexander Golubev.

If the money went to the claimant, he continues, to turn the Bank will have already directly to the creditor, who may not agree to do this voluntarily. “Then the question will be resolved through a court by filing a Bank claim to the claimant on “unjust enrichment,” — said Golubev.

Even more difficult situation when the Bank and the client whose money was debited, not agree with each other that the cancellation was erroneous. In this case, sue would have been the client, explains Golubev. As evidence to the court he will have to provide a Bank statement indicating the wrongfully debited amount, a letter to the Bank with a claim of undue cancellation, the response of the Bank’s refusal to return the funds. “In such a situation the client has a better chance of winning than the Bank, but it will take time,” said the lawyer.

Not prohibited by law, but not necessarily

In the Federal bailiff service ready to solve the problem, but I think that it is possible by legislative changes. In this regard, the Ministry is developing a bill that “will significantly reduce the number of individuals wrongly identified as debtors on enforcement proceedings”, said the representative of the press service of the FSSP.

The Ministry confirmed that they make similar changes. They will oblige the judicial police officer-executor to make sure for the recovery of funds that the data in the writ “clearly and correctly identify the person to whom they apply.” What data will it be, the answer does not say. But “these changes will allow in the future to remove an erroneous violation of the rights of third parties while collecting a debt, seizure of accounts and traveling abroad,” added the representative of the press service of the Ministry.