At the meeting in the Central mosque of Grozny on April 3 indeed, a resolution was adopted, in one of the paragraphs which referred to “retaliation” to the instigators. This was stated by the mufti of the Chechen Republic Salah Mezhiev.

“Quote from the resolution, which cited the media, true. But at the meeting at the mosque was not 15 thousand people, and more than 20 thousand. Retribution will be! Allah will punish those who slandered the entire Chechen people and the clergy of the Chechen Republic”, — said the mezhiyev.

We are talking about the statement from the editor of “Novaya Gazeta” about open threats to journalists, voiced at an emergency meeting of Islamic scholars and opinion leaders of Chechnya. According to the newspaper, the meeting was held in connection with the publication about the persecution of gays in the country. “Novaya Gazeta” quoted the text of the resolution, one of the points which, as stated by the newspaper, openly calls for violence. “We promise that retribution will overtake the true instigators, wherever and whoever they were, without a limitation period” — quoted paper “a New newspaper”.

Journalists are threatened because publications on gays in Chechnya

Commenting on the fact that the resolution was received by journalists of “Novaya Gazeta” as a threat to their own lives, the Chechen mufti said: “I don’t want people to call. These beings can perceive the resolution as they please. I know one thing: these people will answer and how to answer!”

In turn, the Chechen human rights activist Kheda Saratova told that at the meeting in the Central mosque of Grozny on 3 April, attended by many of her friends and relatives. “I watched the broadcast of the meeting on the local TV channel “Grozny”. This meeting was in reaction to the publication in “Novaya Gazeta” that in Chechnya there are gay men and they are oppressed. Slander mainly lies in the fact that in Chechnya there are people with different sexual orientation. The people about whom he wrote “Novaya Gazeta,” they are not gay, they are people detained in December last year on suspicion of aiding terrorists. Guilty or not, will sort out the investigation,” — said Saratov.

According to human rights activist, under the “punishment” is meant to encourage “New newspaper” defamation of law in Russia. Most likely, a lawsuit will be initiated by the clergy of Chechnya, its substantial part, and which court will be sent the claim, now being discussed, said Saratov.

“Novaya Gazeta” noted that “the resolution encourages religious fanatics to violence against journalists.” The publication called on the Russian authorities to avoid actions, “aimed at inciting hatred and hostility towards journalists carrying out their professional duties.” In a statement, reporters asked to evaluate the document from the point of view of Russian law.

The newspaper wrote that the adviser of the head of Chechnya Adam Shahid accused the journalists of defamation, marking the “enemies of our faith and our homeland.” After the publication of the application the site is not working. In the editorial believe that he was subjected to a DDoS attack. Chief editor Dmitry Muratov wrote an appeal to the Chechen mufti, and urged him to dialogue. He believes that “texts you can’t find any evidence of abuse of the Chechen people and his faith for one reason — these signs are not there.”

In early April, “Novaya Gazeta” reported mass arrests in Chechnya, men who were “suspected sexual orientation”. According to the publication, among them were representatives of the Chechen Muftiate, “including the well-known, influential and close to the head of the Republic of religious leaders”, as well as two well-known broadcasters of the Republic. As claimed by the newspaper’s sources, three people after the arrest was killed.

A few days later, “Novaya Gazeta” reported that detainees gays are sent to “secret prisons”, one of which is located in the city of Argun. According to sources, the detainees were beaten, tortured with electric shocks, for the release of some paid a huge ransom.

The press Secretary of the head of Chechnya, Ramzan Kadyrov, Alvi Karimov, said that the publication of the edition are “lies and misinformation”, because “it is impossible to detain and harass someone simply not in the Republic.” The head of the press service of the interior Ministry in Chechnya Magomed Deniev said that he knew nothing about detentions. He suggested that the publication, released on April 1, could be “April fool’s joke”.

Press Secretary of the President of Russia Dmitry Peskov said that the Kremlin is aware of the publication on the mass character of detentions of people suspected of homosexuality. He said that “the bodies of Internal Affairs will check” this information. The head of the Council on human rights under the President of Russia, Mikhail Fedotov, in an interview with stressed that these data require “immediate and thorough” audit. 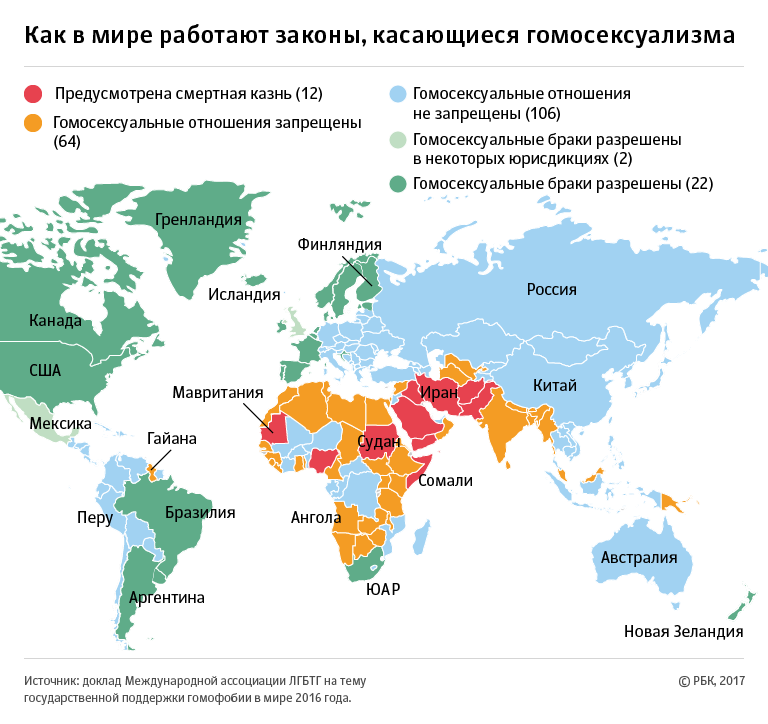