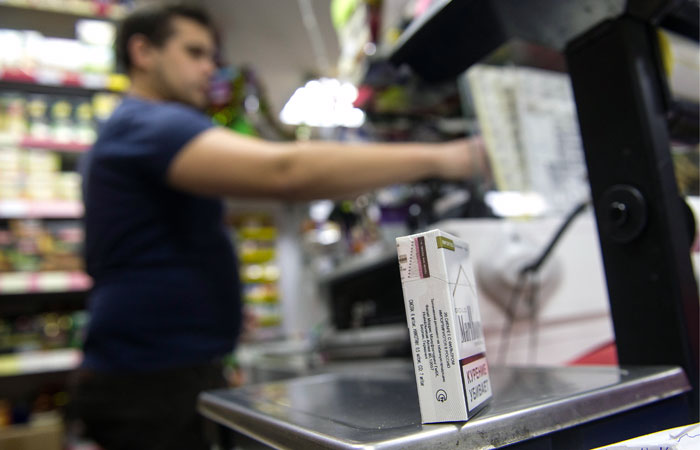 Moscow. April 14. A road map for the introduction of EGAIS in the tobacco industry can be developed in may, told reporters Deputy Prime Minister Alexander Khloponin. “USAIS is the most effective way to control the movement of the tobacco market, we support it,” he said.

According to the Vice Premier, currently the share of illegal tobacco on the market is 2%. “But we absolutely do not see this illegal market,” he said. As reported Khloponin, for three years the Russian budget has received less from tobacco excise taxes in the amount of 120 billion rubles.

USAIS – unified state automated system since 2006, operates in the alcohol industry. Its implementation began with the control of the production of alcoholic beverages. Then the system was connected to wholesale, from July 2016 – retail. System aimed at combating illegal circulation of goods.

Last March, the media reported that Khloponin appealed to President Vladimir Putin with a letter in which he proposed the creation of a single regulator for alcoholic and tobacco products. In particular it was about creating an Agency that would combine the functions of control to combat counterfeit and contraband products in both markets. This, in turn, involves extending the system of USAIS on the turnover of tobacco products.

Rumors spread USAIS on cigarettes heard the interviewed representatives of tobacco companies, which, however, refer to this term with skepticism. Not support the propagation of EGAIS for tobacco and the Ministry of Finance. According to Federal officials, the Ministry does not consider USAIS suitable tool to monitor trafficking of cigarettes, so do not rule out that these goals can be proposed other mechanisms.