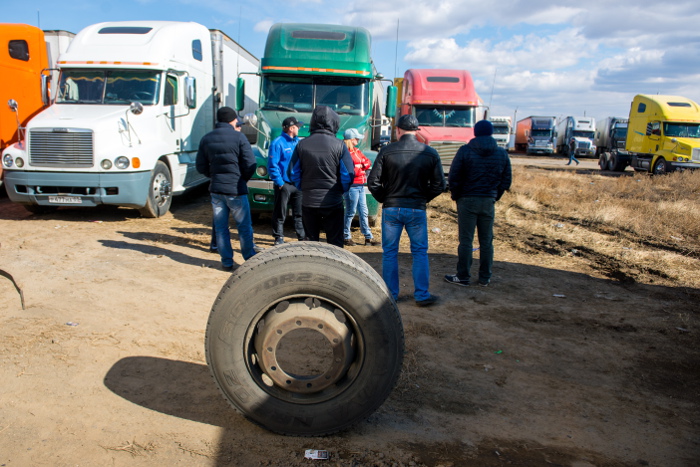 Moscow. April 15. The rate of the state system “Platon” from April 15 is 1.90 Euro per 1 km of track, the corresponding decree was previously signed by Prime Minister Dmitry Medvedev, retaining concessional charges for shippers for using Federal roads. This decision the Prime Minister took after the meeting with representatives of small and medium business March 23. Then the Prime Minister supported the proposal of the carriers to retain a grace period in the “Plato” to gain control over the violators who do not pay for the use of roads.

Tariff “Plato” since the launch of the system on 15 November 2015 to 1.53 Euro per 1 km from 15 April, the planned abolition of preferential tariffs – a charge per kilometer was to be 3.06 rubles. “the resolution ratio of 0.82 is replaced with a coefficient of 0.51. The fee per kilometer will amount to 1.9 of the ruble,” – told earlier a press-service of the government.

Following the meeting the Prime Minister with the carriers it was also decided that the truckers themselves will choose Federal road repair fees Plato. The Ministry of transport of Russia and the Russian popular front opened on the website “Map of dead roads,” a special vote. According to the results of a survey of owners and drivers of trucks for repairs of their chosen roads will be allocated to the road Fund collected by the system “Platon”. “The system itself is based on the principle of “user pays”, by a vote of carriers and will choose the roads, and to control where she went made their money,” – said the first Deputy Minister of transport of Russia Eugene Dietrich.

State system “Platon” was introduced on 15 November 2015. The money goes to the Federal road Fund as compensation for the use of trails by trucks weighing more than 12 tons. Fees system, according to 15 April 2017, exceeded 23.5 billion rubles. Funds from the “Plato” made it possible to repair more than a thousand kilometers in 40 cities and regions and also to co-Finance the emergency repair 24 overpasses and construction of seven major bridges, such as Bor bridge in Nizhny Novgorod, Voroshilovsky bridge in Rostov and Zatonsky bridge in Ufa.