That the bankers and the Federal financial monitoring service has agreed to a new approach to the problem of money laundering through writs of execution of judicial decisions, shows the correspondence of the AML / CFT Department and the Association of regional banks “Russia” (ASROS), recently published on the website ACROSS.

As previously reported, the specified washout circuit works as follows. One company goes to court (of arbitration or regular) with a claim to the other on the question of penalty non-existent in reality debt. The reality of the obligations subject to settlement in court, no, disputes are created artificially. However, the court decision about collecting of court (through ignorance or in the framework of the agreement) shall be made, issued a writ of execution (use the real ones and fake writs) that the bailiffs go to the Bank “debtor” for the charges. The funds from the Bank account of “debtor” are debited and credited in favor of the “creditor” on his account in Russia or abroad, thus passing the process of legalization. According to the scheme came about a year ago, and its use has intensified lately. Currently, the Central Bank jointly with Rosfinmonitoring, and the Supreme court is working to identify possible solutions in such situations. The results of this work while it was not announced.

Agreed banks and Rosfinmonitoring, the solution looks like. The Bank in case of suspicion that the writs are used for money laundering (including the withdrawal of capital abroad), makes a payment on a suspicious writ of execution, concurrently, sends the information about suspicious transactions to Rosfinmonitoring and only then taking action to the subsequent termination of the relationship with such client in accordance with the AML / CFT law No. 115-FZ. In response to the request of the bankers of the Federal financial monitoring service reported that the decision “considers possible”.

Thus, banks at the same time comply with the AML / CFT law (taking measures to combat legalization of criminal proceeds and financing of terrorism) and do not violate the law on the judicial system and enforcement proceedings, according to which entered into force decisions of the courts are obligatory for all and are subject to strict execution in all territory of the Russian Federation.

As proposed to fight still

Until now, bankers in the fight with these schemes was guided by the recommendations direct the regulator — Bank of Russia, issued in February of 2017, after it was revealed the activation of these circuits.

CB was more categorical than the Federal financial monitoring service. He recommended that credit institutions in the presence of suspicious symptoms on operations with the Executive leaves (see) to implement the right to refuse the transactions (under the law 115-FZ) and is to terminate relationships with clients that twice a year trying to use a scheme of withdrawal of assets, and legalization of illegally obtained income through the judicial scheme.

On suspicion of debiting transactions to bailiffs, in accordance with the recommendations of the Central Bank, shows that Bank accounts “debtors” and (or) “creditors” debit transactions typically are not carried out or are irregular. In particular, the payment of taxes or other obligatory payments to the budget system of the Russian Federation from the Bank accounts is not carried out or executed in an amount not exceeding 0.5% of the debit turnover in accounts.

Commenting on these recommendations immediately after their publication, the bankers noted that are in a difficult situation. According to them, to check the decisions of courts almost impossible in the absence of any databases on them to conduct operations — introduce risk of claims by the Central Bank about the lack of fight money, to refuse to conduct or not to close accounts — risk claims clients find themselves really fair and overall reputation risk.

Moreover, as pointed out by the head of the legal Department of one of the respondents banks, if the court had considered the case reached a decision and issued a writ, that “banks are absolutely helpless here.” “Even if the Bank is obvious misconduct of the parties to the litigation and he tries to enforce the judgment, then directly fall under the penalty of the administrative code in the amount of half of the amount to be recovered from the debtor, but not more than RUB 1 million in addition, a Bank employee, who took the decision, also falls under article 315 of the Criminal code on the violation, — he says. — In this article may face a fine up to 200 thousand rubles and deprivation of the right to a profession, or in cases of willful violations, imprisonment for up to two years.” “If there is a court decision and the banks checked on the Arbitrazh courts, that there is a solution, then the only thing that can make the Bank — shrug and fulfill the requirements of a writ of execution,” concludes the source . 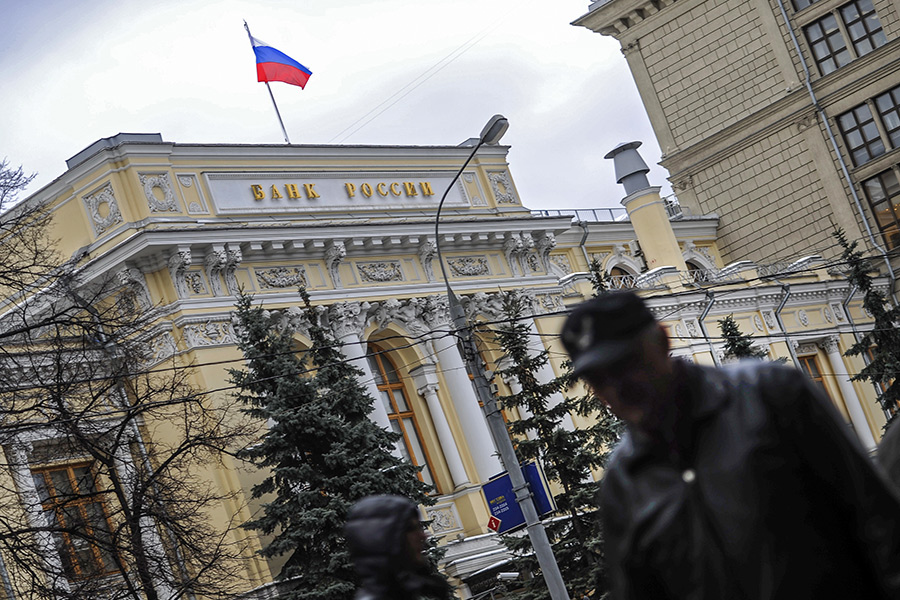 New — softer — an alternative approach less vulnerable to these extremes.

“If the Bank has suspicions of the dubious operations of a writ of execution, the operation is usually carried out as a court order may not be executed, the client is gradually eliminated from the Bank, the contractual relationship terminated him immediately. With this approach, the clash of norms — anti-money laundering and enforcement proceedings — is not so pronounced. Of course, there is a risk that during the operation will be allowed the laundering of the proceeds however, the credit institution acted in accordance with the recommendations of the Federal financial monitoring service and informed about relevant risks,” says co-Chairman of ARB Committee on AML/CFT and compliance risks Alexey Timoshkin.

“The previous offer to fight with these schemes have been practically impossible. To refuse from the execution of the writ by reason of ambiguity behind this operation, as recommended to do, the Bank can not, — says the lawyer of the Bank from the top 100. Usually, if the scheme involved one-day firms, which is the most common option at the time of granting the Bank a writ of execution of transactions on her account there is, accordingly, the Bank has no real basis for suspicion. Accordingly, the Bank can not unfounded to apply the right to refuse payment on the basis of the AML / CFT law”.

“Agreed banks and Rosfinmonitoring, the first approach gives more room for manoeuvre — continues the source . — First, the Bank conducts operations that do not hold can not, that is complies with the law on enforcement proceedings. But at the same time informing Rosfinmonitoring about the dubious transactions, preparing a ground for the execution of the AML / CFT legislation. Re-recognition of any other transactions of that customer dubious will allow him to legally terminate the Bank account agreement”. This is the only effective mechanism that banks can now use when dealing with these schemes, whatever they were interested in getting rid of unscrupulous clients, he said.

However, concludes the lawyer, until then, until you change something at the legislative level, the problem was not solved completely. “Indeed, only when the second questionable transaction, the Bank may terminate the contract with the client, but the fact is that the second surgery will not be on the companies that organize these bogus disputes, and there are firms-a something ephemeral. Without a change in the law is the fight with windmills” — I agree Deputy Chairman of the management Board, head of the legal Department Lanta-Bank Dmitry Shevchenko.

What else was offered the bankers

Amendments to the legislation, the bankers in his correspondence is also suggested, however, comments by officials on the merits in the correspondence does not contain. It indicated only that Rosfinmonitoring “taken under advisement by the Association proposals to improve the provisions of the Federal law No. 115-FZ”.

All were offered three amendments. First, register in the AML / CFT law banks right to refuse to execute orders not only customers, but also “any other person entitled by virtue of the law or the contract to provide orders to the customer’s account,” i.e. bailiff.

Secondly, to amend the AML / CFT law and the law “On enforcement proceedings”, which allows banks to suspend suspicious transactions for a specified period pending the receipt of instructions from the Federal financial monitoring service, what to do next. Thus, responsibility shifted to be on the anti-laundering Agency.

A third option is to allow banks to refuse transactions for transfer of funds according to court orders in the case of suspicion of the legitimacy of the operation. It is, in fact, involves the shifting of responsibility from one Bank (serving the alleged debtor by court order) to the beneficiary Bank by questionable court order.