Gold prices reacted to the fed’s decision to raise interest rates very unconventional: at the end of trading on 15 and 16 March futures for the precious metal for delivery in April rose by as much as $26,40, or 2.2%, to $1227,1 per Troy ounce. This is the highest daily increase in percentage terms since June last year. In the course of trading on March 16, the gold reached the level of $1234 per ounce, which is 2.8% higher than the previous close. On Friday, 17 March, prices for the precious metal continued weak growth, rising by 13:40 Moscow time on 0,11%, to $1228,5 per Troy ounce. Since the beginning of this year gold has risen in price more than $80 an ounce, or about 7%.

Rally in the contracts of gold associated with the weakening of the dollar against all competing reserve currencies. After the fed meeting on 15 March, the dollar index course the currencies of the countries which have a maximum trade with the US, lost about 1.37%, down to the level 100,18 points. In the moment it dropped below the level of 100 points is the worst result since the beginning of February this year. The reason for the drawdown of the dollar — in softer than expected in the financial markets, the rhetoric of the fed, says economist “VTB Capital” Neil McKinnon.

According to him, the global investors laid their strategy for the four rate hike in 2017, the futures market estimated the probability of such a scenario is 25%. However, the U.S. regulator just announced three increases in interest rates in 2017. Given that each time the fed increases the rate by only 0.25 percentage points, investors began to fear that the American regulator will not have time to bring it up to the target level of 3% per annum to 2019.

Experts interviewed also attributed the rise in price of gold with inflation in the United States. The consumer price index in the country in February rose 2.7% and underlying inflation at 2.2%, while the inflation target of the fed is 2%, the portfolio Manager reminds MC “Raiffeisen Capital” Mikhail Kuzin. On the world market gold is traditionally considered a tool of protection against inflation or unduly soft policies of the Central banks leading to currency depreciation, adds the analyst “Discovery Broker” Andrei Kochetkov.

“At the moment real interest rates in the US are actually negative, as inflation is 2.2% at baseline, and Federal reserve interest rate is at 0.75–1% per annum,” he explains. Against this background, the gold becomes quite competitive asset from the point of view of profitability, and investors are actively expanding in this position, he concludes. 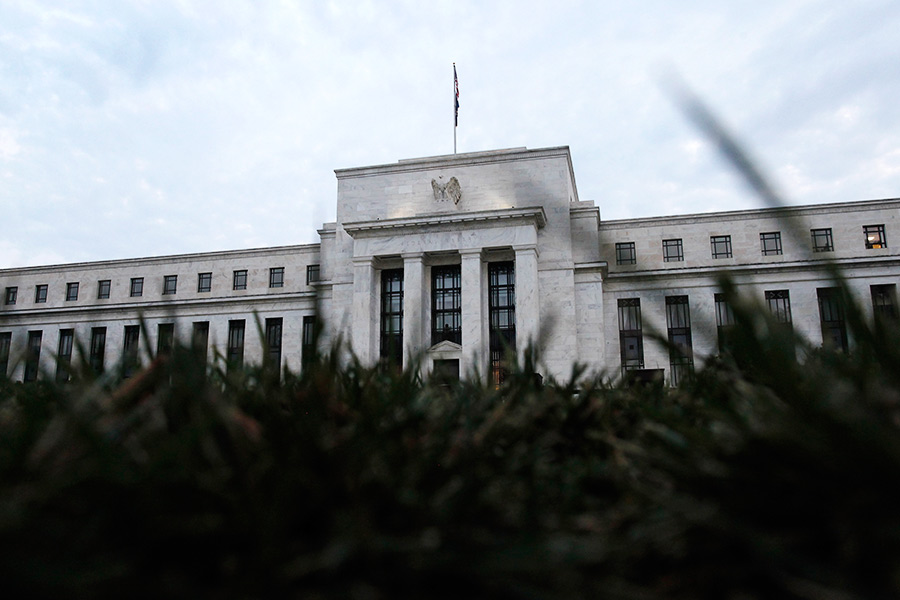 The building of the Federal reserve

How long the prices will rise

Consensus about the future dynamics of gold prices from analysts no. The consensus forecast of research company FocusEconomics, compiled in March, according to a survey of 30 largest investment banks, involves the reduction of the value of gold to $1,200 an ounce in the last quarter of 2017. Meanwhile, the Australian Bank ANZ Bank expects a rise in price of precious metals up to $1375 per ounce by this time. And Kochetkov believes that concerns about accelerating inflation in the U.S. gold is quite able to return to values above $1,300 per ounce before the end of the year.

Senior analyst “Alpari” Roman Tkachuk, in turn, expects even more serious rise in prices. “Until may, gold prices can continue to rise, the target level can be a price of $1,250 per Troy ounce, but it is possible rise to $1300-1350 / ounce”, — says the expert. He explains that this year elections will be held in the largest EU countries — Germany, France and Italy. Because the chances of winning candidates eurosceptics are quite large, the financial markets may become too volatile. Then, “protecting the assets”, including precious metals, will be popular among investors, highlights Tkachuk.

This year on the horizon, many potential “black swans”, says a leading analyst of “KIT Finance Broker” Anna Ustinova. In addition to the European elections as such there may be further political and economic steps of the American President. In this regard, Ustinov predicts a rise in the price of gold in 2017 to $1260-1270 per ounce.

However, the rally in gold futures may soon cease, the head of research of commodity markets at Julius Baer, Norbert Ruecker. He recalled that a similar increase in prices for precious metals could be observed and after two previous increases of the rate. “Gold prices declined in response to the growing expectations for a rate hike before the meeting of the regulator, and then take the expected decision has caused a temporary increase,” writes in his review analyst.

According to Ruecker, the factors that are putting pressure on gold, saved. We are talking about a long term trend of strengthening US dollar and rising yields on bonds. In addition, the demand for gold in China and India, the largest buyers of precious metals in Asia, fell to record lows over the past six and 14 years, respectively. “Our expectations of strong economic growth, the strengthening of the U.S. dollar and a further rate increase still means that the demand for defensive assets will fall, thereby further reducing the metal prices,” — concludes the analyst. 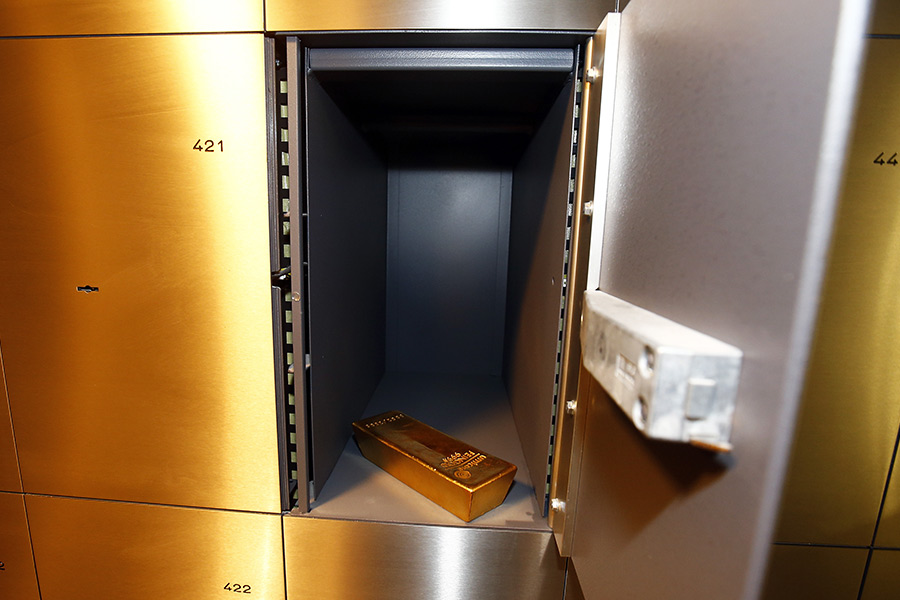 Do I need to buy

Despite the fact that in the long term the dollar will strengthen and the fed rate — rise, experts believe buying gold to be justified, but only as part of a strategy of hedging against external risks. This means that the proportion of precious metal in the portfolio of the investor should be relatively small and in the long term it will compensate for possible losses from drawdown of other assets.

However, instead of purchasing bullion it is better to invest in exchange-traded Fund (ETF) for gold, said Ustinov of “KIT Finance Broker”. As an example, she cites the Fund SPDR Gold Shares ETF (Ticker GLD), the dynamics of which precisely follows the movement of gold prices. “This tool is suitable for the implementation of short-term ideas in order to hedge against risks emerging markets, dollar weakness or inflation and for long-term investors with a conservative approach,” she says.

However, ETFs are traded in the us market — and that means that the Russians will need the status of a qualified investor to buy shares in a gold Fund. To get it, the investor need to have the expense of 6 million rubles, or to possess a qualification certificate of thepromember (FFMS CFA). The alternative may be the FinEx exchange traded Fund Gold ETF that tracks the price of physical gold (London standard gold bars to 12 kg), he is trading on the Moscow exchange. The dynamics of this ETF, however, is more modest: on March 16, he managed to fall in price by 0.2%.

Roman Tkachuk of “Alpari” believes that those investors who need to have physical metal, it is preferable to buy bullion coins. The price of these coins is tied to the exchange value of gold, which is determined on the London metal exchange. In addition, transactions with investment coins in circulation, are not subject to VAT 18% — in contrast deals with bars. The proceeds from the sale are subject to personal income tax at the rate of 13%, as the Tax code klassificeret this asset as the property. However, if the seller can document that the coins were in his property for three years or more, the tax will not have to pay. Purchase of investment coins from banks or dealers in the trading system of RTS Board.

Another way to invest in gold — buy gold stocks, said Tkachuk. March 15 industry share index FTSE Gold Mines rose 1.6% to 1531,8 points. But such investments are risky, because the dynamics of securities of the gold miners depends not only on the price of gold, but also on the operating performance of the business. Mikhail Kuzin adheres to the similar point of view. “To play in the calculation of the growth of gold better in the product itself than through shares of mining companies, which is too much of its specificity,” says the financier.