Banks VTB24 and VTB March 1, lowered mortgage rates: 1.1 percentage points for new buildings and 1.35 percentage points for the finished housing. Now a loan to purchase real estate in new buildings can be taken at the rate of 10.4 per cent, on the purchase of finished housing — from 10.75% per annum. “VTB24 and retail business of the VTB Bank adopted the decision to reduce the mortgage rates from March 1, given General market trends,” explained the reason for the decline rates, the representative of the press service of VTB.

In February, a similar decision was taken by Sberbank, reducing the interest rate by 1 p. p.: for the purchase of housing in the new building they now start from 10.9 per cent per annum of finished housing — from 10,75%.

After major players in the conditions of the mortgage have begun to reconsider and other market participants. For example, the Bank “DeltaCredit” reduced mortgage rates by 0.75 percentage points and Now the mortgage costs him 10% per annum in the primary and secondary markets.

According to the head of mass market and credit products Raiffeisenbank Andrey Morozov, when the players with larger market shares change their rates, others are forced to adapt and lead their price parameters in accordance with what leaders do. “Banks which are financially sound, where everything is fine and the liquidity and capital one and the strategy is mortgage as a product for development, will take seriously the terms of lending, — says the banker. — Of course, we also plan on lowering rates.”

Morozov believes that the market is an obvious trend towards lower rates. “Our macroanalitica expect that the key rate of the Central Bank will be lowered to the end of the year to 9%, he says. — Deposit rates also continue to decline, this leads to lower cost of funding for banks”. As a result, banks will continue to lower interest rates on loans.

Deputy Chairman of the management Board of Absolut Bank Tatiana Ushkov, also notes that Sberbank and VTB 24 will reduce rates under the social contract — an unspoken promise of the authorities to make the mortgage more affordable. In addition, a mortgage, according to her, is a driver of retail and many banks to change the strategy in favor of it. “When someone of the major players makes the mortgage key tool, increasing competition, including price,” she explains. 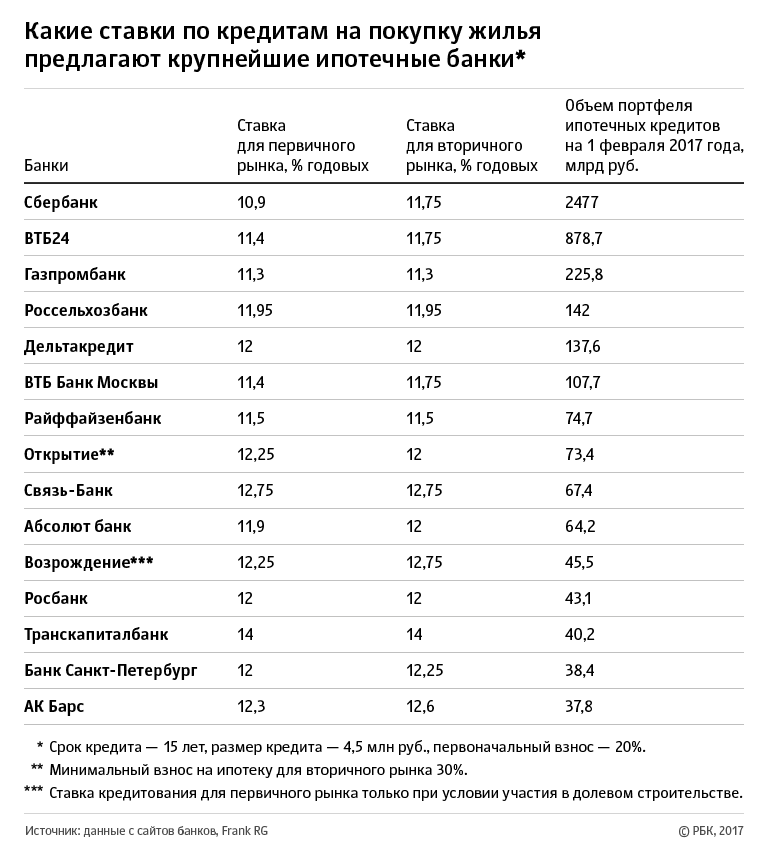 Where better to offer

analyzed mortgage programs for primary and secondary markets, offer 15 largest portfolio of banks (according to Frank Research Group; see table). Rates are based on the following parameters: period of loan — 15 years loan amount — RUB 4.5 million, the initial payment — 20%. Promotions and special offers of banks was not considered.

The most attractive rates in the primary market today offer, the savings Bank (10,9%) and Gazprombank (11,3%), secondary upgrading (11.3%) and Raiffeisenbank (11.5 per cent). The highest rates — of Transcapitalbank: 14% per annum in the primary and secondary markets.

Experts also note that many banks are wary of lending to developers. “Old objects sold, and the new banks are not willing to invest, — says the Deputy General Director “Interfax-TSEA” Alexey Buzdalin. Accordingly, they have no need to subsidise the interest rate on new buildings.” With this agrees the General Director of analytical Agency Frank Research Group Yuri Gribanov. “The Bank is now the difference in risk between primary and secondary market is negligible, he says. — So the rates are almost the same.”

What happens to the demand and prices

According to Tatyana Ushkova’s due to the termination of the state program the demand on the primary market (January—February 2017) is lower than last year by about 20%. Secondary market remained approximately at the same levels. Director of mortgage sales at Bank VTB George Ter-Aristakesyan draws attention to the fact that, according to the estimates of his Bank, the demand for mortgage loans has shifted toward finished housing and increased at the beginning of 2017 compared to the same period of 2016 to 5%.

According to Andrey Morozova, last year the overall market is growing. “Rates are reduced, and the market of people who previously could not afford a mortgage,” he says. Tatiana Ushkova agree that this market segment has great potential; the Russians still do not have enough space, so in the next three years, the mortgage market will develop and show growth.

According to the “IRN-Consulting”, a square meter in Moscow currently costs an average of 168 thousand RUB According to the head of “IRN-Consulting” Tatyana Kalyuzhnova, the decline in mortgage rates will not lead to a rise in property prices: real economic recovery has not yet occurred, and the housing market is still oversupply. “The fact that the secondary market price decreases and the number of transactions, suggests that people in the majority simply are not able to buy ready-made housing,” she says. Kalyuzhnova notes that the demand has shifted to the primary market, where the property is cheaper. However, if mortgage rates in the secondary and primary markets will be equal, the activity in the market of finished housing will recover faster. 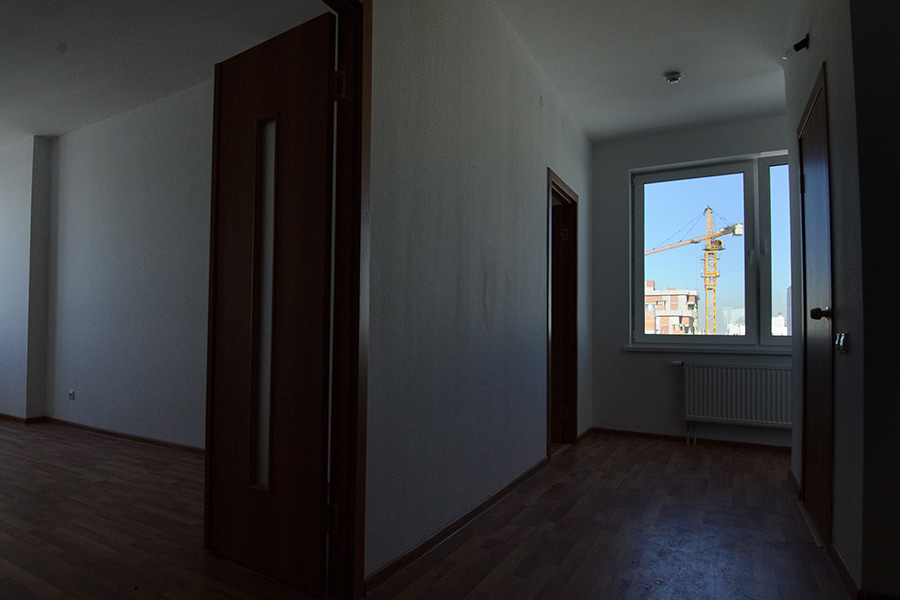 How to choose a mortgage

Now there are favorable conditions for mortgage borrowers, according to Alexei Buzdalin. If rates continue to fall, the borrower always has the option to refinance the loan, he recalls. Thus, the expert advises not to wait for the sea weather and focus on your needs. “To calculate the probability of lower rates is not worth it, better assess their risks and ability to pay the loan taken,” he adds.

When choosing a mortgage program (primary or secondary market) the decisive criterion, again, must become the buyer’s needs, because the terms on these programs are about the same, says Yuri Gribanov. He notes that developers from time to time conduct marketing campaigns in the form of discounts for housing under construction. Often these stocks have a lot of reservations (for example, the discount is only for apartments with more footage), but in some cases they can help the buyer save money.

Agrees with him Andrey Morozov. “If a person wants to live in an area where nothing is built, he has no choice but aftermarket. Then you have to choose the Bank that offers the best terms of the loan on the secondary market. Someone, on the contrary, wants to live in a new house. In this case you should pay attention to banks that give good rates in the primary market with discounts of developers,” he commented.

Tatiana Kalyuzhnova convinced that at the same interest rates on mortgages in the primary and secondary markets it is better to buy a ready apartment — even if the price is higher. This will allow the borrower to acquire housing in the shortest time and will deliver him from the risks associated with uncleanliness of the developer. In addition, the quality of second homes is gradually increasing, so there is a chance to purchase an apartment does not require capital investment (replacement of plumbing, wiring, etc.). “Now on the secondary market more finished apartments in yesterday’s new buildings that were recently delivered, but already sold by the owners”, — says the expert.