Russia took third place in the world in military spending over the past year, they increased by 5.9% to $69.2 billion, to be updated 24 APR database of the Stockholm Institute for peace studies (SIPRI). We are talking about the index in current US dollars: nominal expenditures in national currency converted at annual average market exchange rate of the dollar. According to this indicator, Russia surpassed Saudi Arabia, which ranked third at the end of 2015, and is second only to the United States ($611 billion) and China ($215 billion), although at times.

The aggregate military expenditures of countries in the world in 2016 amounted to $1,69 trillion, of which Russia accounted for 4,1 vs 36% in the United States and 13% from China. In nominal terms, in local currency, SIPRI estimated military spending of Russia for the last year to 4.64 trillion rubles. — increase of 14.8% compared with the corresponding estimate for 2015.

No precise definition of what is meant by military spending, no: various sources may include or not include certain categories of military spending (see infographic). SIPRI seeks to include in its assessment of “all costs of operating the armed forces and military activities”, including spending on paramilitary (paramilitary) structures as Regardie, civilian personnel of the defense ministries, social benefits for the military and their families, defence research and development, military construction, military assistance to other countries. SIPRI excludes spending on civil defense (is managed by MES) and current expenditure for past military activities (benefits to veterans, the conversion of arms factories, the elimination of weapons). Even though the latter may be paid from the budget of the Ministry of defense.

SIPRI said in a press release that the increase of Russian military expenditure in 2016 was at odds with the General trend of reducing these costs in oil-producing countries after fall of oil prices. So, Venezuela has reduced military spending by 56%, South Sudan — 54%, Azerbaijan — 36%, Iraq — 36%, Saudi Arabia — 30%. In addition to Russia from the countries-exporters of military spending has increased only in Norway and Iran, show the data of the Institute. The average price of Brent oil in the past year decreased by 16% relative to the average price of 2015, the Russian grade Urals has fallen in price by 18%. 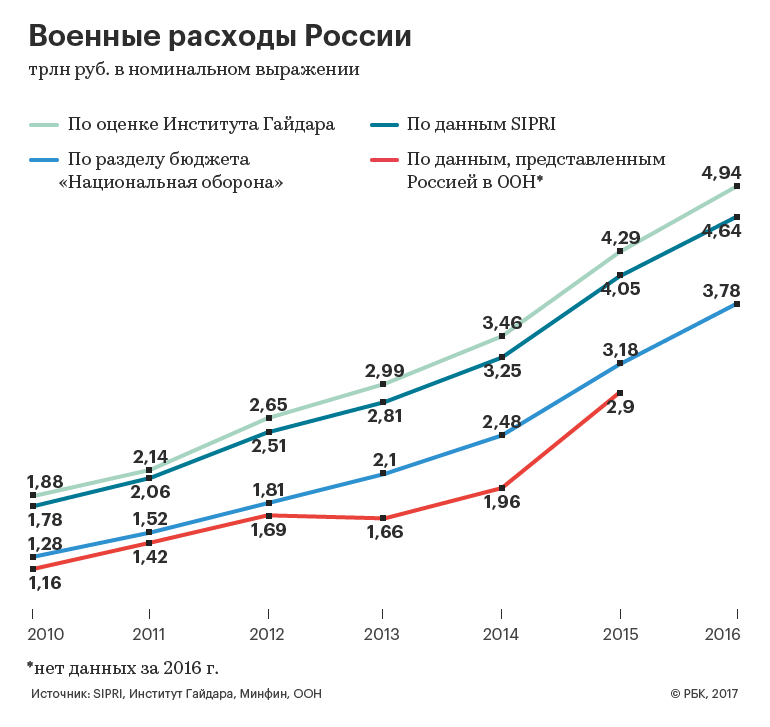 But Russian military spending for 2016 year included expenses in the amount of about 800 billion rubles ($11.8 billion), designed to repay part of the debt of Russian defense enterprises to commercial banks, said senior researcher SIPRI Simon Wiseman. These appropriations are allocated unexpectedly at the end of 2016, the government has positioned as a one off: it was about the early repayment of loans OPK taken in previous years under the state guarantees for the execution of the state defense order. “If not for these one-off payments, Russia’s military spending in 2016 would decrease compared to 2015,” said Wiseman.

Since the lion’s share of defence spending, Russia is a secret (closed) budget, exactly how much the government spent on repayment of loans from DIC, it is impossible to say. The head of the Duma budget Committee Andrey Makarov, a figure of 793 billion. However, the chamber in the operational report on execution of the budget in 2016, has announced that it has been discontinued warranty for 975 billion rubles in loans to enterprises OPK for the purposes of defence procurement.

One-time closing costs on a “credit scheme” of the MIC has led to the fact that military expenditures in relation to GDP in 2016 has increased to 5.3% — the most in the history of independent Russia, according to the certificate SIPRI. “It’s a heavy burden falls on the period when the Russian economy is experiencing serious difficulties because of low prices for oil and gas and the economic sanctions imposed in 2014,” — said the Stockholm Institute.

In the evaluation of Russian military spending SIPRI relies mainly on official documents of the Russian budget comes from the methodology of the study (and, for example, in China is not enough data). In other words, the SIPRI data combines the Russian budget. In the Russian budget there is a functional section “national defense”, which in 2016 was spent to 3.78 trillion rubles, and in 2017 is scheduled to decrease on a quarter to 2.84 trillion rubles. But part of the cost, which includes in its calculation of the SIPRI, is in other budget sections, including “national security and law enforcement activities.”

According to Russian experts

According to the head of military economy laboratory of the Gaidar Institute Vasily Zatsepin, indirect military expenditures can be found in such “peaceful” sections “national economy” (capital construction in the framework of the state defense order), “Housing and utilities”, “Healthcare”, “Social policy” (Ministry of defense spending). In addition, a small portion of military spending goes through the regional budgets (RUB 2.2 bn in 2016). 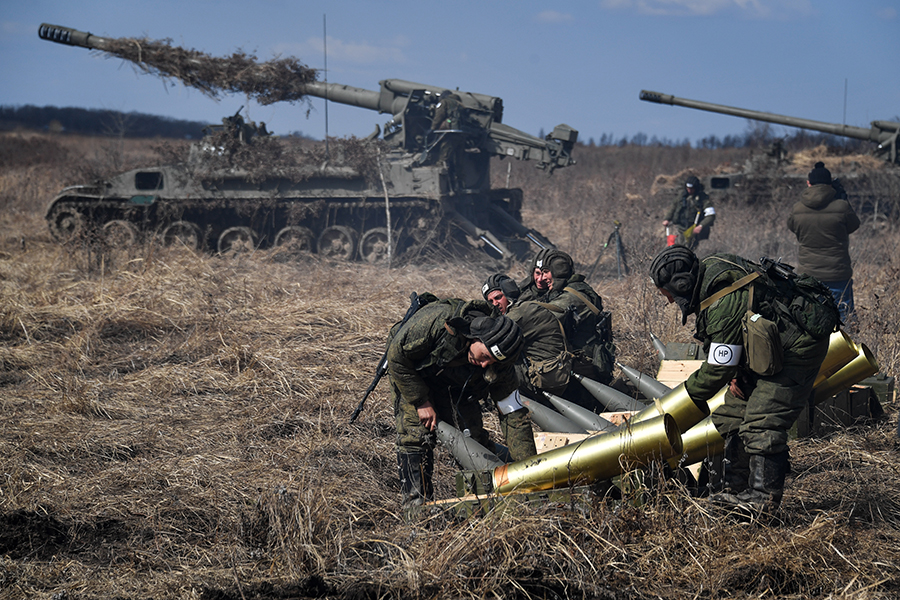 As a result, the Gaidar Institute estimates the total Russian military spending related to current and past military activity, 4.94 trillion rubles (5.7% of GDP) last year — an increase of 15% in nominal terms on the previous year. This is the broadest assessment, which includes military pensions (328 billion rubles in 2016), the costs of destruction of chemical weapons and disposal of weapons and military equipment — those expenditures that SIPRI does not take into account because they relate to “past military activities”.