What to expect next

Rates on foreign currency deposits show weak dynamics due to its proximity to historic lows. The fundamental reasons for enhance their growth yet, warn the financiers interviewed . However, the profitability of foreign currency deposits still may rise slightly. “We expect that by the end of the current year rate for deposits in dollars for a period of one to three years could rise by 0.2–0.4 percentage points,” — said the chief analyst of PSB Dmitry Monastyrshin. In turn, the analyst of Raiffeisenbank Denis Poryvai expects stagnation in average interest rates on foreign currency deposits. “Maybe the rates will not increase, but decrease is clearly not,” he says. 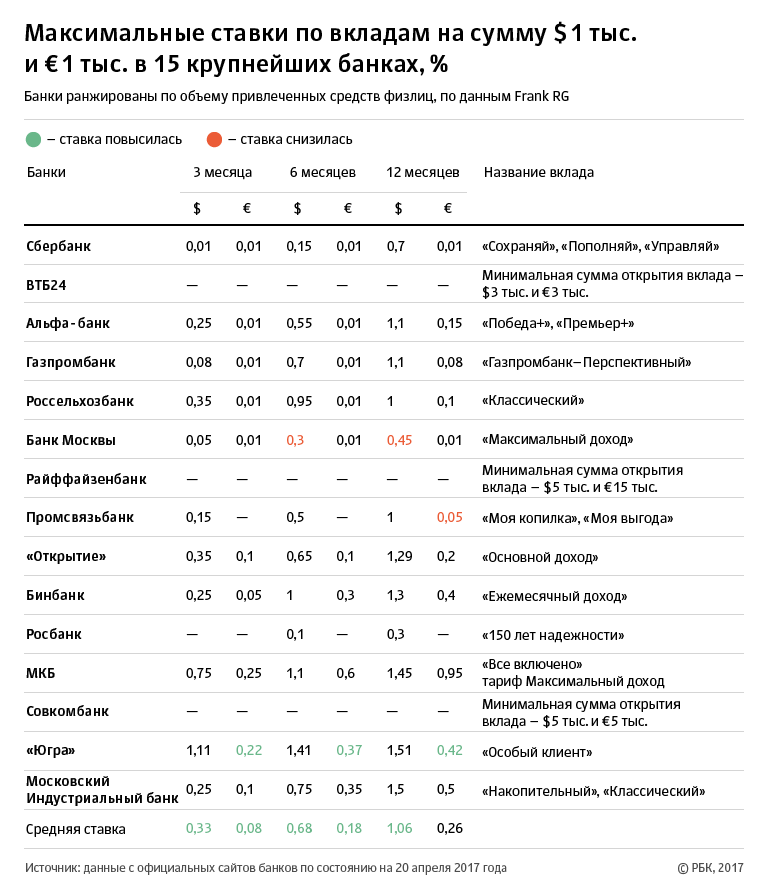 Profitability of foreign currency deposits is much lower than the rate of ruble deposits. However, in the case of weakening of the ruble, the situation may change, said Dmitry Monastyrshin of PSB. The analyst admits the possibility of weakening of the ruble by 6-8% in the second half, but reminds that this is not a guaranteed scenario. “If OPEC will reach an agreement on the extension of the limit of oil production in the second half of 2017, it will support oil prices and quotations of the ruble, so ruble deposits will continue to be more attractive compared to foreign currency”, — says the expert. Denis Poryvai from Raiffeisenbank adds that now is a good opportunity for bargain currency, however, the analyst advises to place it in Bank deposits. It is better to give preference to other types of monetary investments, such as bonds, total Poryvai.