Polish state oil and gas company PGNiG 14 March 2017 submitted to the European Commission a complaint against “Gazprom” which it accuses of violation of the Antimonopoly legislation of the EU. This is stated in the report of Gazprom under IFRS for the year 2016.

According to the complaint PGNiG, Gazprom and the trader “Gazprom export” are suspected of violation of article 102 of the Treaty “On the functioning of the EU”. This article prohibits enterprises abuse of a dominant position in the domestic market of the EU — the imposition of impossible purchase prices, limiting production, distribution or technical development to the prejudice of consumers, applying to commercial partners, of unequal conditions to similar transactions, the imposition in contracts additional obligations.

According to Gazprom, PGNiG puts him in the guilt of “unfair pricing in respect of PGNiG” the sale of gas, “preventing the cross-border gas trade” and “contractual bondage”.

Catherine Wasilko, lawyer of the law office A2, explained that the European Commission is obliged to consider all requests and complaints addressed to her, then made the decision to reject the complaint or to start the test on it. While the consequences for business “Gazprom” from this procedure it does not.

As believes a source in “Gazprom”, new Polish, the complaint is unlikely to get the course and will not be the reason for a separate investigation.

A source in “Gazprom” explained that the complaint PGNiG partially duplicates the charges eight European countries against the Russian company in 2012. Then Bulgaria, Czech Republic, Estonia, Hungary, Latvia, Lithuania, Poland and Slovakia suspected Russian company in violation of the Antimonopoly legislation of the EU and an investigation was initiated. In its framework in April 2015 the European Commission adopted a statement of objections to Gazprom and pushed against it official charges in infringement of EU legislation in the field of competition. At the end of 2016, “Gazprom” has sent final proposals to resolve antitrust case and agreed to make concessions in exchange for the settlement of the dispute, the European Commission announced on 14 March 2017.

The Russian holding has agreed to exclude from the contract the cross-border ban on the resale of gas and also tie the price to Poland, Bulgaria, Estonia, Latvia and Lithuania to the benchmark (to spot gas prices in European hubs). Moreover, the consumers of gas, if the compromise is approved, will have the right to initiate the review of gas prices, if they do not meet the benchmark. In addition, Hungary, Poland and Slovakia can get gas at points of receipt in the Baltic States and in Bulgaria. “Gazprom” has undertaken to comply with these obligations within a period of eight years. If the company fails, then the European Commission can impose a fine on it of up to 10% of the total global turnover without having to prove a violation of the antitrust rules of the EU.

The EC proposal of “Gazprom” called sufficient to settle the antitrust case. Vice-President of the EC energosoiuz Maros Sefcovic said (quoted by Bloomberg): “the EC considers the obligations undertaken by Gazprom in the framework of the settlement of the antitrust case, as a sufficient guarantee”. Now its opinion on these proposals should submit the Complainants, and with the consent of the parties and in case of positive results of the market test, the antitrust case will be closed.

While PGNiG appreciated put forward by “Gazprom” proposals to resolve the antitrust case as insufficient and considered unreasonable their approval by the European Commission, told a Polish company following the disclosure of the details of the compromise in March. Its current claim to the other source in “Gazprom” has called politically motivated and aimed to delay the settlement of the antitrust dispute.

Deputy Director General of national energy security Fund Alexei Grivach from this point of view I agree. “This is only a political step aimed at blocking any processes related to the implementation of Gazprom’s business in Europe,” he says. 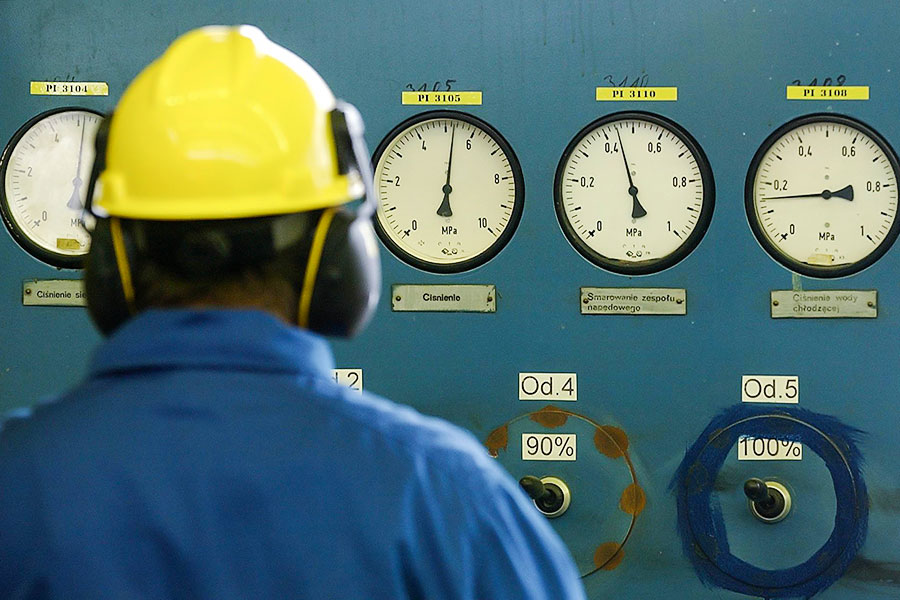 According to Grivach, from Polish companies already have all the opportunities for cross-border trade in the Russian gas PGNiG sells gas to Gazprom both through traders and directly, including organizing reverse supplies to Ukraine. As the analyst, natural gas pipelines in the territory of Poland, which supplied Russian gas passed to the management of the company Gassystem, making accusations of “contractual tying,” that is, the imposition of contracts for gas transportation along with a contract to supply it, is unfounded.

Vasilko does not consider new claims of PGNIG, as they once again charged with “Gazprom” violations, restricting cross-border trade, the removal of which is part of a deal with European gas consumers. Other claims of the Polish company will also be settled in the framework of a possible compromise on antitrust dispute, she believes.

The source in “Gazprom” considers that the Polish company’s complaint also trying to strengthen the position of American suppliers of LNG, which go to the Polish market. Grivach said that the current price of Russian gas for Poland is below the price of American LNG.

In 2016, Poland imported of 11.07 billion cubic meters of Russian gas (an increase of 24,2% year-on-year). While Warsaw is going to abandon it after the expiration in 2022 of the contract with “Gazprom” and refocus on American suppliers of LNG. The first tanker with LNG from the US come to Poland in June of this year, announced on 27 April, one of the leaders of the PGNiG Maciej Wozniak. “Put gas company Cheniere Energy. This is the first American gas supplies not only to Poland but also in Northern Europe. We bought this gas at a very good price”, — quotes its TASS. Wozniak stressed that we are talking about the spot contract, but the Polish side also looks forward to signing long-term agreement on the supply of LNG. The Prime Minister of Poland Beata Szydlo said that besides the financial benefits, the contract provides independence from Russian gas.

A source in “Gazprom” believes that one of the purposes of the complaint PGNiG is to affect the position of the European Commission on future gas pipelines to bypass Ukraine, in particular on the “Nord stream-2”.

Poland together with Ukraine are the main opponents of this project. While Warsaw has successful experience in blocking the projects of the Russian gas monopoly in the EU. So, at the end of last year, PGNiG applied for the European Commission to court over its decision to grant Gazprom greater access to the OPAL gas pipeline, which serves for the distribution of gas, “Nord stream”. This led to blocking of new auctions on the capacity of OPAL and reduction of deliveries “Gazprom” through the pipeline. In July last year, the Polish anti-monopoly regulator is also not agreed on creation of joint enterprise by the six parties responsible for the construction and operation of the “Nord stream-2”, pipeline under the Baltic sea, which should deliver up to 55 billion cubic meters of gas to bypass Ukraine to European markets. The regulator came to the conclusion that the joint venture could lead to restriction of competition. As a result, fearing problems for its business in Poland, the European partners “Gazprom” in the project abandoned the joint venture, announced that it will participate in financing the project.

We inform you that, despite the recent news, PGNiG S. A. did not sent to the European Commission request for early separate/second antitrust proceedings against Gazprom.

9 March 2017 PGNiG S. A. filed with the Commission in accordance with article 7.2 of regulation on the implementation of the rules on competition laid down in articles 81 and 82 of the Treaty (1/2003 / EC), request to join as a Complainant to the Antimonopoly case was initiated in 2012 in order to provide the Commission with information about the abuse of “Gazprom”, which can be useful in the work of the Commission. The file was accompanied by a request for access to the statement of objections. The Commission, despite its obligation under article 6.1 of the Rules relating to the conduct of proceedings by the Commission in accordance with articles 81 and 82 of the Treaty (773/2004 / EC), has not yet provided a statement. PGNiG S. A. is considering further procedural steps in this matter.