At the talks in Moscow on Thursday, April 27, discussed “the subject of a joint economic activity” of Russia and Japan on the Kuril Islands, said the President of Russia Vladimir Putin after talks in the Kremlin with Prime Minister of Japan Shinzo Abe. About the beginning of cooperation in the Kuril Islands, the leaders agreed in December 2016 during the first ten years of Putin’s visit to Japan.

In the near future will generate a list of priority projects, Putin said. To study the specific interaction between the Southern Kuril Islands will visit a group of Japanese businessmen, the Russian President said. Abe, in a press statement following the talks, expressed hope that the visit of businessmen and officials will take place before the end of may. Possible areas of cooperation with Japanese and Russian businessmen in the Kuril Islands — tourism, fish farming and sea urchins, said the Japanese Prime Minister.

During the December visit of Russian President promised to think about how to facilitate a visit to the Kuril Islands for the former islanders and their descendants, who now reside in Japan. Russia will provide direct flights to those who previously lived on the Islands, to visit the graves of their ancestors, said following the talks, Putin. According to Abe, this flight will be organized for the first time. The Japanese leader hopes that “on a fine June day” the citizens of Japan can visit Kunashir and Iturup. 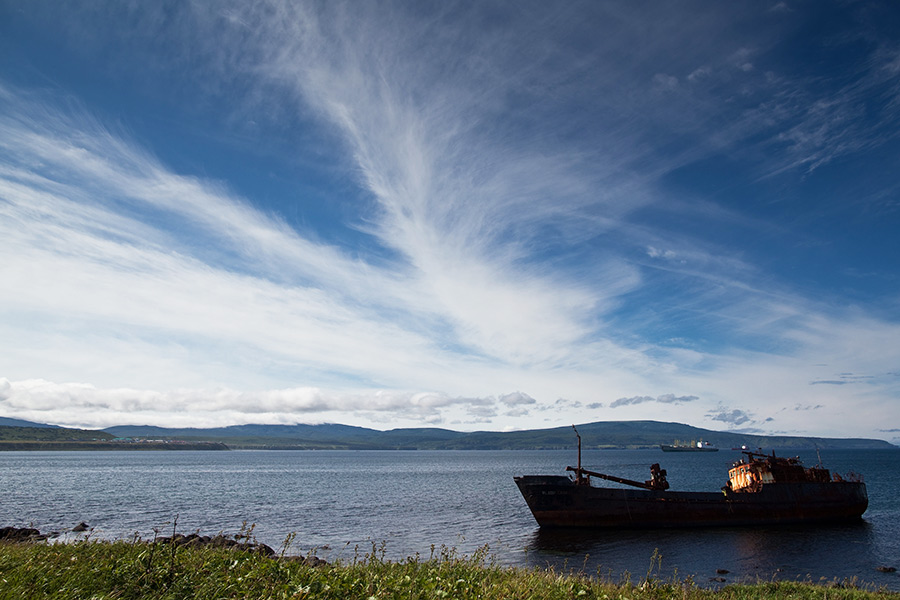 Also need to open a second checkpoint for the Japanese citizens on the Islands. Abe expressed hope that it will open near the Islands of Habomai already August.

In recent years Russia and Japan have agreed to strengthen economic cooperation in order to bring relations between the two countries to a new level that will solve the territorial problem, there has been talks between the leaders. Before the talks in Moscow, the leaders met in the Japanese city of Nagato in December 2016. Only Putin and Abe 2012 met 17 times.

In December last year, the Russian direct investment Fund (RDIF) and Japan Bank JBIC agreed to establish a General Fund investment of approximately $1 billion under the December meeting agreement was reached on the sale of 10% of the Russian pharmaceutical group “R-Pharm” to the Japanese company Mitsui. At a meeting in Moscow on 27 April, the agreement was signed. According to the Chairman of the Board “R-Pharm” Alexey Repik, the amount of the transaction is approximately $200 million.

Contacts will continue: Abe will visit in September, Eastern economic forum, leaders will also meet in Germany in July at the summit of “twenty”. Japan will also take part in the exhibition “Innoprom” in Yekaterinburg in 2018.

In international practice, countries often agree to conduct joint economic activities in the disputed territories, says the program Director of the Foundation of the club “Valdai” Yaroslav Lissovolik. Japan, he recalls, signed a similar agreement with South Korea in 1974. Usually agreements are long-term, however, is that to say that it is somehow radical would contribute to the solution of the problem, is not necessary, said Lissovolik.

“Hand in hand” to the contract

The problem of the peace Treaty at the meeting on 27 April was again discussed, said both leaders. However, no specifics added. The solution must satisfy both parties and accepted by the societies, reiterated its previously stated position Putin. Abe expressed hope that they, together with the Russian President will be able to reach a solution. “Based on mutual respect and mutual benefit, and mutual trust Vladimir and I want to hand in hand together to go on the way to the conclusion of a peace Treaty,” Abe said.

In early February, Abe said he intends to sign a peace Treaty with Russia during the period of his government. The next parliamentary elections in Japan will be held in December 2018. Even in the case of the election victory of the ruling liberal democratic party, Abe’s stay in office of its Chairman is limited to three three-year terms up to September 2021.

Most Japanese do not share the optimism of the Prime Minister and Russia are negative, underlines the political scientist, associate Professor at temple University in Tokyo with James brown in comments to the Russian Council on international Affairs. According to a survey conducted by the Japanese government in 2016, and 76.9% of the respondents in relation to Russia set quite hostile or partly hostile. Abe’s attempt to reach a rapprochement with Russia is not popular, moreover, after the visit of Vladimir Putin to Japan in December 2016, the approval rating of Japanese Prime Minister fell 5.9%.

Pyongyang has called for restraint

According to Putin and Abe, a significant part of the negotiations took the discussion of international issues. They discussed issues of cooperation in the UN Security Council, separately addressed the situation on the Korean Peninsula, which “seriously degraded” by definition, Vladimir Putin. “We call on all to refrain from militant rhetoric. You need a speedy resumption of six-party talks,” said Russian President.

“Japan and Russia will continue to cooperate closely and to refer the DPRK to refrain from further provocative actions. We seriously debated, as Japan and Russia should cooperate in the international community,” said Abe.

The situation on the Korean Peninsula was indeed “one of the key” topics on the talks between the two leaders, confirmed by the Russian presidential aide Yuri Ushakov. However, according to him, specific measures of influence on Pyongyang — including sanctions — was not discussed.