Administration of the Kherson oblast has commissioned a new fixed concrete dam on the border with the Crimea, which will inhibit the supply of the Dnieper water in the North-Crimean canal to the Peninsula. About it reports “TSN-Ukraine”.

According to the channel, thus the authorities of the Ukrainian region intend to save resources Kakhovka reservoir for irrigation of lands in the South of Kherson region.

The reason for the construction of facilities representatives of the local administration called the need to restore the water supply to farms located on the South of Kherson region, which in 2014, after closing of sluices upstream, was cut off from it along the Peninsula.

“If the channel is blocked for a few tens of kilometers to admingranitsy where is the last stationary dam, farms to the South would have been under the threat of drought. Therefore, the water allowed under less pressure, and the farmers on their own built a dam of sandbags”, — said the Ukrainian TV channel. 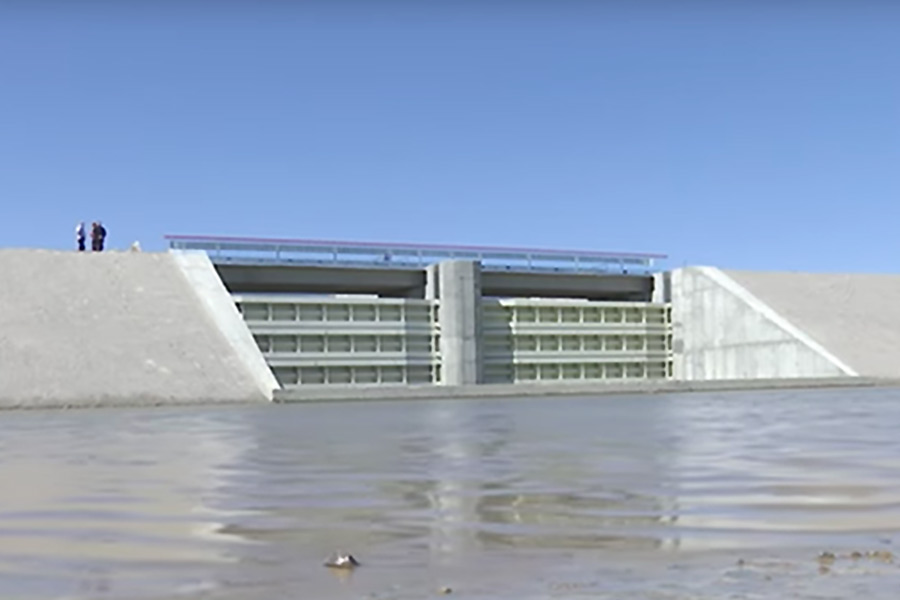 The structure was erected during the year, but construction work will not end there: engineers will also create the necessary for the operation of the dam infrastructure. The total cost of the project amounted to 35 million hryvnia (about $1.3 million).

According to the chief engineer’s Department of the North Crimean channel Vladimir Kapko, new dam is the gateway that, if necessary, can be opened for filling of the Crimean territory (about 300 km) of water.

Russia annexed Crimea in March 2014 following a referendum in which a majority voted for joining the Peninsula in the country. Ukraine, European countries and the United States officially recognized the Crimea as an occupied territory, and Moscow and President Vladimir Putin was accused of an aggressive policy.

After that Ukraine conducted various blockade of the Peninsula, including blocked water supply via the North Crimean channel. Kyiv also arranged a trade and energy blockade.