Association of communication agencies of Russia (ACAR) in collaboration with industry portal Sostav.ru estimated budgets of the leading Russian agencies, 2016, for the first time include the volume mediascope online (the results of the study have). The three leading agencies has not changed compared to last year’s ranking: it remained OMD Optimum Media, Starcom Media and Instinct. If between 2013 and 2015 the leader of the rating was the Starcom, then in 2016 they became OMD Optimum Media (part of OMD OM GROUP), which is directed on promotion of brands in different segments 18 billion rubles excluding budgets online first place in the ranking remains at Starcom.

In total in 2016, the first three agencies spent on advertising on television, radio, print media, outdoor advertising and the Internet 53 billion rubles, and the top 10 of the rankings — 135 billion rubles in Total, the rating ACAR came in 78 agencies, whose budgets amounted to 275 billion rubles.

82% of this amount was administered by 11 ad groups. The largest of them, and last year became the holding company Vivaki (comprising agencies Starcom, ZenithOptimedia, and we bought Starlink), which is spent on the promotion of their clients 52 billion. 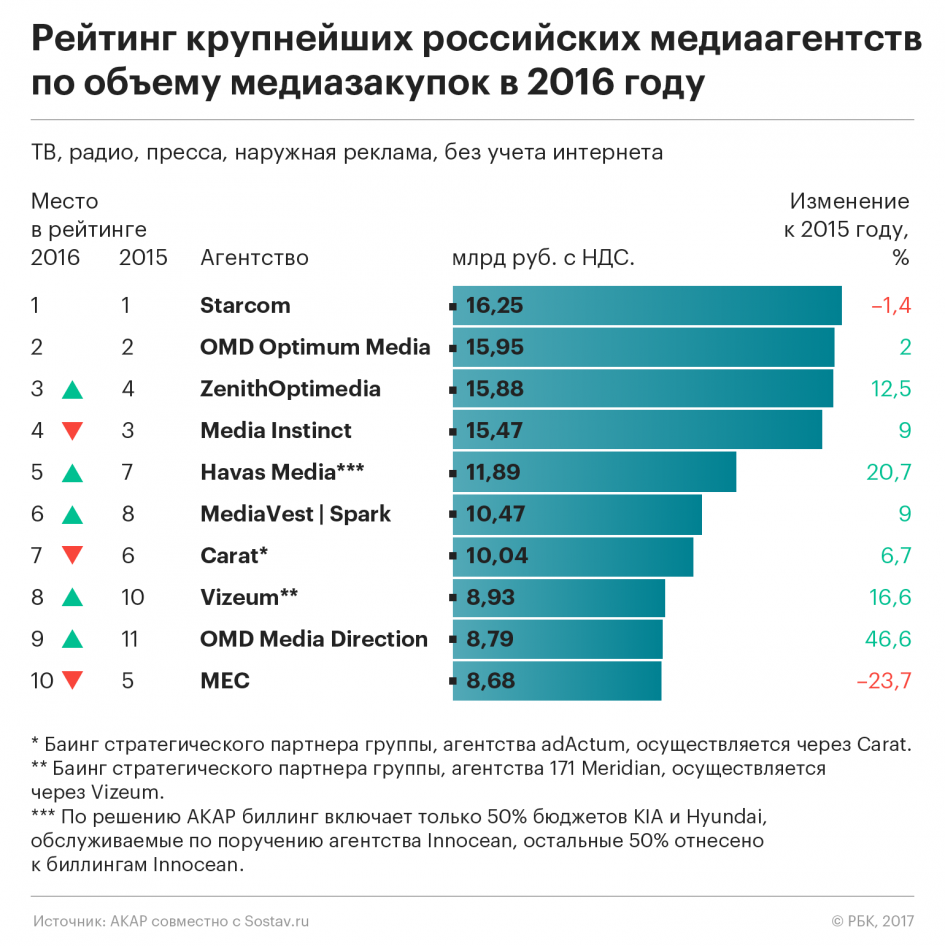 The rating at the end of 2015 to take into account the data of 60 companies. The total costs of the top 60 agencies in 2016 without considering the Internet has grown compared to the previous year by 15% to 249 billion rubles. While the budgets for TV and radio increased by 19 and 16 percent respectively, to RUB 196.8 billion and 18.9 billion rubles, and in the printed press and outdoor advertising decreased by 4 and 0.5%, to 13 billion and RUB 21 billion By 2016 on online advertising accounted for 25 billion rubles, or 9% of all budgets. 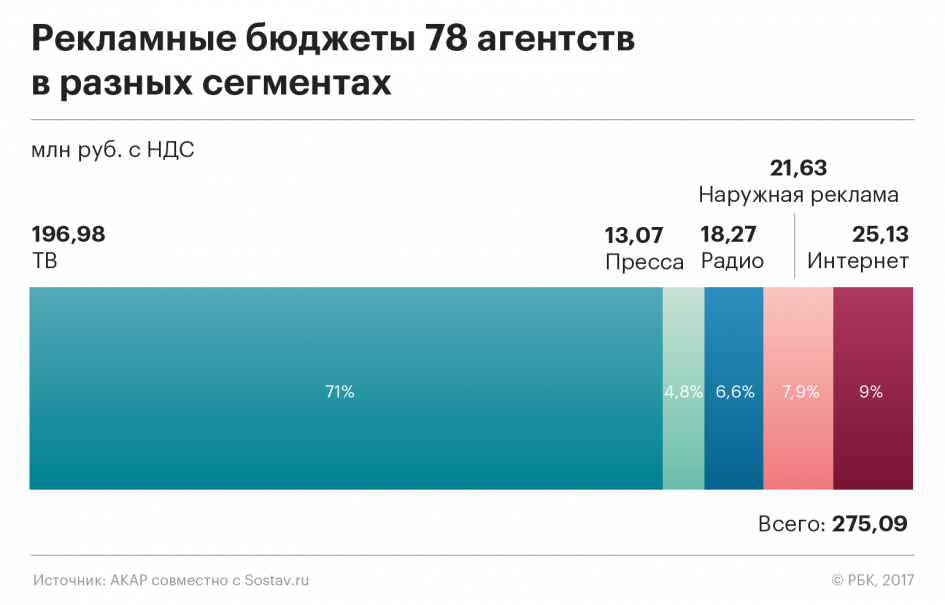