In the capital of Belarus was held an unauthorized protest of the opposition. Protesters gathered on October square and marched in a column up to the red Church, according to Tut.by.

Among those present were several opposition leaders, including former candidate presidents of Belarus nyaklyayeu, co-chair of the organizing Committee of the party “Belarusian Christian democracy” Pavel Seviarynets and the wife of another ex-presidential candidate Nikolai Statkevich Marina Adamovich. However, he, calling his supporters out to the rally on may 1, was arrested for five days on April 29. 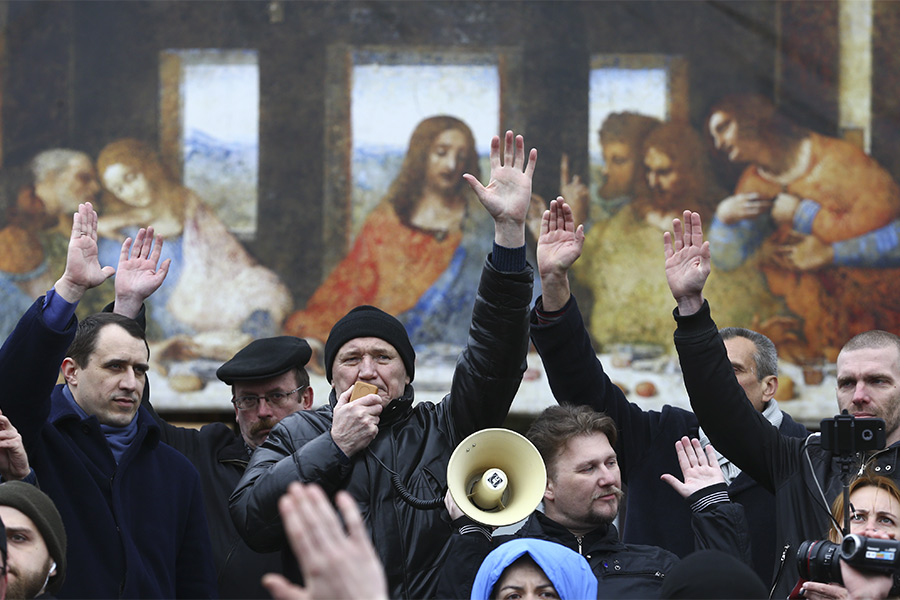 Reports Tut.by during the procession Sevyarynets came to the commander of the Minsk Riot police and urged him “to live without violence” and to give people to go to Independence square. The police, in turn, reminded that the rally is unsanctioned, and urged not to force to use force and special means. The column of protesters was accompanied by several police vehicles.

The March ended on Independence square by the adoption of a resolution with a demand to stop repressions, to rehabilitate all convicted for the protest, to cancel the “anti-sponger tax”, road tolls, payments for working pensioners and increasing the retirement age. Among the requirements, as well as increasing unemployment benefits, the abolition of unscheduled inspections and bureaucratic interference in the activity of enterprises, ensuring the independence of the courts and protect the rights of investors, as well as providing early fair elections at all levels under international supervision.

According to the portal, the share reached about 200 people, at the same time “Interfax” reports about 500 participants.

On 25 March, the freedom Day in Minsk passed the action of the opposition. Then the special forces of the interior Ministry of Belarus with the use of force conducted mass arrests of citizens.

In April 2015, President of Belarus Alexander Lukashenko signed a decree “On prevention of social dependency”, better known as “the tax”. The document ruled that disabled citizens need every year to pay the state 20 basic units (14 thousand rbl.). In February 2017, several thousand people went on a protest March in Minsk with a demand to cancel “the tax”. March 9, 2017, the tax collection was suspended for a year. As explained by Lukashenka’s decree, the need to “correct”.