“Forced to disappoint storytellers and experts from Human Rights Watch. Soviet ammunition KHAB-250 was never exported outside the USSR and one and all were disposed of in the 60-ies of the last century,” he said.

In the report human rights activists have placed images of the fragments of bombs KHAB-250 or HUB 500 from the province of Idlib. The picture shows green markings which were applied to such munitions. Konashenkov considered that these data cannot be used as evidence. According to him, it was a “picture of the layout of the munition HUB 250 of the Museum of the Armed forces of the Russian Federation in Moscow.” 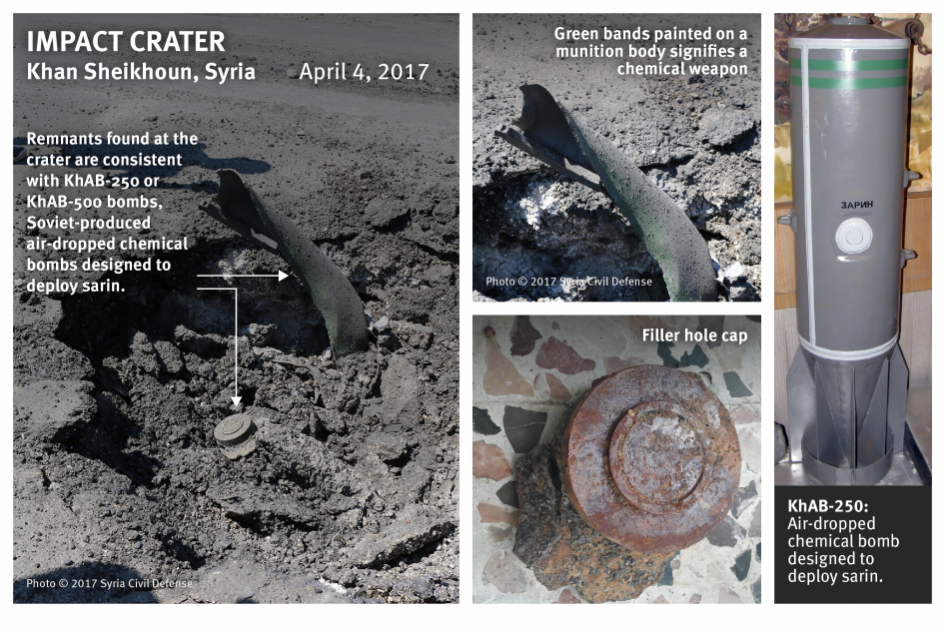 Photo: from the report of Human Rights Watch

In defense of claim, the filler caps from the HUB-not 250, and the warheads were filled up through a special hole in the housing. Furthermore, the design of the HUB 250 is not intended for sarin, and themselves ammunition never filled it with poison gas, said Konashenkov.

“Only the arrival and work in Khan Sheyhun special mission of experts will help establish an objective picture of events April 4,” — summed up the representative of the Russian military.