In the first quarter of 2017, every third loan in the segment of unsecured retail lending by microfinance organizations, says the report, prepared by the company “Home money” (at the disposal). The market volume of microloans has grown by 7.8% and amounted to RUB 248 billion, while the number issued during the quarter loans (including loans issued by microfinance and credit cooperatives and pawnshops) was 5 million units.

Active growth is observed at least in the last two years, according to the report. In 2015-2016 the market each year has increased by 50%.

Marketing Director of National Bureau of credit histories (NBCH) Alexey Volkov agree with these assessments. However, he notes that despite such a large number of loans, the volume of microfinance market as a whole compared to banking remains quite small. Estimates of nbki, the portfolio issued only to microfinance institutions loans (excluding cooperatives and pawnshops) has a little more than 120 billion rubles, or 2.5% of the total debt of Russians unsecured loans ahead of all creditors (including banks).

In accordance with the requirements of the Central Bank, microloans are loans in the amount of up to RUB 1 million, obtained by private persons, individual entrepreneurs or companies from micro-credit organizations, credit cooperatives and other organizations entitled to issue this kind of loan. The demand for such loans is growing due to the difficult economic situation and the decline in income of the population, while rising prices for commodities, noted in the company “Home money”.

Banks during the crisis is theoretically not interested in the results of such loans because of their high deathnote, experts say. But now banks are increasingly seeking to work in this segment. In the last year the dynamics of growth of microloans largely determine companies affiliated with major retail banks. In conditions when issuing unsecured loans at high interest rates associated with the increased load on the Bank’s capital, the segment of micro-loans allows credit institutions to cover a wider customer demand without additional capital injections, said a senior analyst at Bank ratings rating Agency ACRES Mikhail Doronkin. Working two markets at the same time, the Bank has the ability to accumulate on its balance sheet high-quality borrowers, and are less reliable customers to send to the service “friendly” microfinance institution (MFI).

According to estimates RAEX (Expert RA), at the end of 2016, the share of “Bank” MFIs amounted to 22% of the total portfolio, while the market leader is the “OTP” Finans increased its share from 6% to 20% due to the funding and infrastructure of the parent Bank. Thus, the share of the largest Bank MFIs accounted for about 80% of the increase of the total share of “Bank” MFIs at the end of last year. According to a leading analyst of Department of ratings of credit institutes “Expert RA” Ivan Uklein, “Bank” MFIs offer kwasiborski product with a rate of 25-60% per annum, which is almost direct competition to traditional microloans.

“Banks tend to transfer high-risk loans in more loyal, in terms of reserving the jurisdiction of the MFIs. In addition, banks have quite strict limits on the total cost of credit, while MFIs have such restrictions more lenient,” says Ivan Uklein. 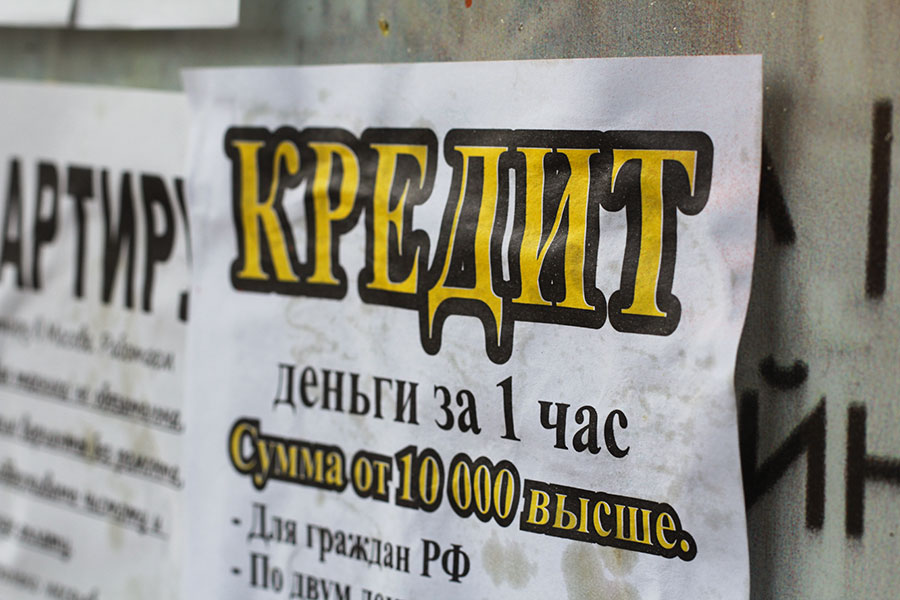 Despite persistent macroeconomic instability, the segment of unsecured microloans to the population continues to show higher growth rates in comparison with Bank loans. As noted by Mikhail Doronkin, even with the ever-tightening regulatory requirements in the segment of micro-loans they cost for the borrower is significantly higher than the Bank loan that allows MFIs to take greater risks and be more soft requirements to the borrower’s credit quality. Thus in contrast to the independent companies “Bank” MFIs usually do not have problems with the capital budget and attracting funding, enabling them to offer more competitive terms for microloans, he adds.

According to estimates chief Executive Director of LLC “Home money” Andrew bakhvalova, at the end of 2017 the total volume of microloans will be about 300 billion rubles.

The position of the regulator

By estimations of the Deputy Director of SRO “Mir” Andrew Paranich, increasing the activity of microfinance organizations will lead to more policy tightening by the Bank of Russia in this segment. In April 2017 the Chairman of the Central Bank Elvira Nabiullina said that the regulator insists on reducing the size of the maximum payments on the microloans, the interest on which from 1 January 2017 was limited to three times the size of the debt. In her opinion, this measure will lead to the fact that microfinance organizations more accurately begin to assess the creditworthiness of customers, because they will not have the opportunity to earn arrears, fines and penalties. She explained that now the rates on such loans averaged 599% per annum, but if the borrower takes on the average 7 thousand rubles for seven days, the rate does not exceed 11.5 per cent. “The problem is not when people use a short period loan, and when can not return the money,” — said the head of the Central Bank, noted a greater likelihood of non-repayment of such loans.

According to the Bank of Russia, over the past 2016 clearing of this market from the state register of MFOs were excluded 1.7 thousand companies, or 28%. Analysts RAEX justify the reduction in market participants ‘ increased minimum capital (70 mln. for microfinance institutions and positive capital for microcredit institutions) and the increase in the cost of risk management.

The Central Bank did not respond to a request .