The leadership of the U.S. Federal reserve’s two-day meeting took the decision to maintain the benchmark interest rate at 0.75–1% per annum, according to the website of the regulator.

“Taking into account the expected indicators of the labor market and inflation, the Committee decided to keep the target range for the Federal funds rate at 0.75–1%. Monetary policy remains stimulative,” — said the fed’s communiqué. “The rate will depend on economic prospects,” notes the regulator.

In a communiqué published on the website of the Federal reserve on may 3, it is noted that the labor market continues to feast against the backdrop of slowing economic activity. In recent months, average employment growth remained at a high level, the unemployment rate fell. Household spending rose slightly, but the fundamental factors underlying the continuing growth in consumption remained stable.

The inflation rate is gradually approaching the long-term goal of the fed, which is at 2%. The Committee expects the expansion of economic activity and stabilizing inflation at the target level due to the gradual adjustment of monetary policy.

Maintaining the base rate at the same level predicted by most market participants. According to the CME Group (group Chicago Mercantile exchange), experts estimated the probability of maintaining rates at the may meeting at 95.2%. According to the consensus forecast Bloomberg, analyst 91 unanimously voted to keep rates steady.

Why the fed made this decision

The interviewed experts point to the uncertainty in the economy influenced the decision of the regulator, as well as weak macroeconomic data. Statistics in the United States for March and April has left too many questions to continue with an aggressive tightening of monetary policy. “Inflation has slowed, the labor market also was not as strong, and such an important figure, as car sales unexpectedly declined for a second month in a row,” — says analyst “Discovery Broker” Andrei Kochetkov.

“The latest data on the US economy came out pretty weak, and the U.S. GDP growth in the first quarter was only 0.7 per cent per annum, so the fed is in any case better to wait for a more opportune moment”, — says the analyst VTB24 Alexey Mikheyev.

“The fed is not so confident to change their rates in recent years, is now to go on increasing after you already made a step in March,” — said the chief economist of consulting company “PF Capital” Evgenie Nadorshin. Signals rate hike may be a more explicit indication the fed is an improvement in the economy (inflation, employment growth, economic growth) in a press release, commutation of sentences about the balance of risks for economic development. Even if the press release will not contain such or similar signals, they can later be speeches from fed officials, and statistics on macroeconomic indicators, says Nadorshin.

“Data on the U.S. economy, which in recent years did not allow the regulator to take the next step in tightening monetary policy. In addition, the previous two increases not yet fully reflected in the economy and thus the fed does not see all the consequences of their previous steps that it’s important to understand the action of tightening monetary policy on the US economy” — the analyst of group of companies “Finam” Bogdan Zvarich. Similar views on the further actions of the regulator adheres to and chief economist of Alfa Bank Natalia Orlova. According to her, the fed now needs to take the time out to understand how fast pace the recovering US economy.

It should be noted that the results of the may fed meeting not scheduled a press conference Janet Yellen and the publication of forecast materials. “Important decisions are made at the extended meetings”, — says Mikheev. In 2017, there will be another three extended sessions — June 13-14, 19-20 September 12-13 December. 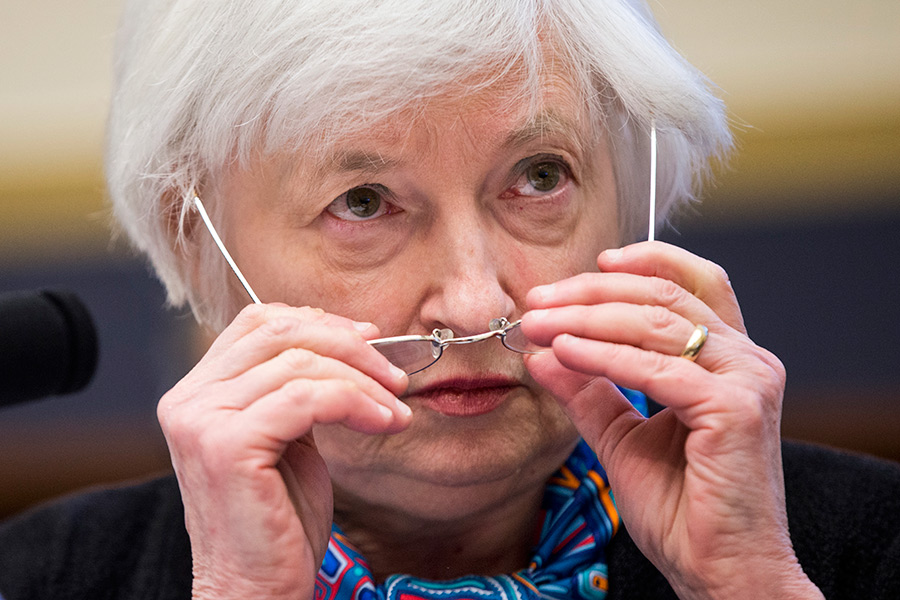 Impact on the Russian market and the ruble

Analysts unanimously say that the fed decision is already incorporated in asset prices and will have a strong impact on the market. However, the main players ‘ attention will be drawn to the related comments.

“Keeping the base rate at former level in “balanced” press release will not affect the Russian market. Besides now in the market there are significant sales due to the Rosneft (which has filed a lawsuit against Sistema. — ) against which you can not see the impact the fed’s decision”, — says Nadorshin. Agree with him Kochetkov, who observes that “another debate with the participation of “Rosneft” do not add to the attractiveness of the [Russian] financial assets”.

According to Nadorshin, to influence the Russian market can only comment that contains a clear signal about more (or, conversely, less) aggressive promotion. In the case of a signal of a more aggressive rate increase the ruble, most likely, cheaper. If a press release will be fairly neutral, no reaction in the markets will not follow.

“If the comments will be quite soft and gives the investors the possibility to overestimate the likelihood of a rate hike at the next meeting to the downside, the demand for risky assets, including Russian, including the ruble will increase, which will lead to their growth”, — said Zvarych.

When to expect rate hike

At a press conference following the meeting in December of 2016, the fed’s chair Janet Yellen announced the intention to increase three times the rate in 2017 to a level of 1.4% in 2018 to 2.1% in 2019 to 3%. The fed chief said the uncertain economic Outlook and the risk of a correction of the path to raise rates in response to changes in economic prospects and risks.

The polled analysts expect another three increases of rates this year. However, analysts ‘ opinions about the date of the next rate hike differ. As noted strategist currency markets and interest rates Sberbank Investment Research Tom Levinson, saving in the accompanying statement, the fed statement further “gradual” tightening of monetary policy will be a signal to raise rates by 0.25 percentage points at the meeting on June 13-14.

According to Nadorshin, the fed retains significant room to maneuver in deciding about the rate, so it is impossible to say when the next increase. “Now the market is waiting it in June, but the fed has repeatedly changed their views earlier,” — said the expert.

“At the fed need to determine the negative impact of previous rate rises. In our view, to continue the cycle of rate hikes, the fed may not be earlier than September,” — said Zvarych.

The reaction of the markets