Miller is looking for partners

Russian President Vladimir Putin and Gazprom management Committee Chairman Alexey Miller discussed the development of the Tambey group of fields in Yamal and the transcript of the meeting. We are talking about the four fields of Federal significance: Severo-Tambeyskoye, Zapadno-Tambeyskoye, Malyginskoe and Caseyscam. Now the stocks of the Tambey group of fields amount to 6.7 trillion cubic meters of gas, said Miller. Since 2008, when Gazprom engaged in their exploration, reserves were increased by 2.6 times — 4.1 trillion cubic meters of gas (before the exploration, they were only 2.6 trillion cubic meters). “This is a serious event in the big energy of the country,” praised the head of “Gazprom,” Putin said.

Putin also asked Miller to submit proposals on how the company intends to produce and sell these huge reserves of gas. On Yamal “Gazprom” can be engaged in projects in the field of gas liquefaction, processing and gas chemistry, said the head of “Gazprom”.

Gazprom is also “ready to consider the possibility of establishing” joint ventures for the development of the Tambey group of fields, said Miller. It is capital-intensive and technologically complex projects; a common international practice — the involvement in them of the companies-partners, in order to reduce the risks, he explained. “Gazprom” will primarily focus on Russian companies that “have competencies in the field of gas liquefaction,” added Miller.

Putin during a meeting with the head of “Gazprom” gave him a few guidelines regarding the selection of partner company for mining. “When partners need to assume that they are able to attract the necessary financial resources for joint work, if you partners need. And the second: to build on existing technological capabilities of Russian science and industry”, — he stressed in a conversation with Miller.

To develop the huge deposits of “Gazprom” of the Tambeyskoye group wanted the largest private gas producer — NOVATEK. This was in November 2016, said the sources, and was confirmed by the Chairman of the Board and the largest co-owner of NOVATEK Leonid Mikhelson. In October 2016, he appealed for help to Putin, asking to ensure the adoption of “the necessary corporate decisions” for renewal of licenses of “Gazprom” on a separate legal entity for its subsequent sale to NOVATEK. “We are negotiating with Gazprom at the Tambeyskoye areas, there are opportunities for other assets that can be key in our strategy,” Mikhelson said in an interview to “Interfax”, in January 2017. Then he noticed that while “some deadlines no”, but “clarity on these issues will appear within months, not years” — possibly before the end of the first half of 2017.

NOVATEK meets the criteria mentioned at the meeting in the Kremlin, Miller and Putin, points out the analyst of Raiffeisenbank Andrey Polischuk. At the end of 2017 the company will launch the first phase of the plant “Yamal LNG” worth $27 billion, for the construction of which attracted partners and project financing from foreign banks. In March 2017 Mikhelson stated that NOVATEK is interested in the production and scientific-technical potential of Russian enterprises will be engaged in localization of the LNG technologies with partners — “Atomenergomash” and “United shipbuilding Corporation”. NOVATEK could become the operator of the project, and Gazprom, which escaped sanctions — to attract financing and foreign partners, said Polishchuk. “We have already stated, and now reaffirm their interest in joint implementation of LNG projects on the resource base of the Tambeyskoye group of fields”, — has transferred “Interfax” the head of NOVATEK, Leonid V. Mikhelson, through his representative. Representatives of “Gazprom” and NOVATEK declined to comment. 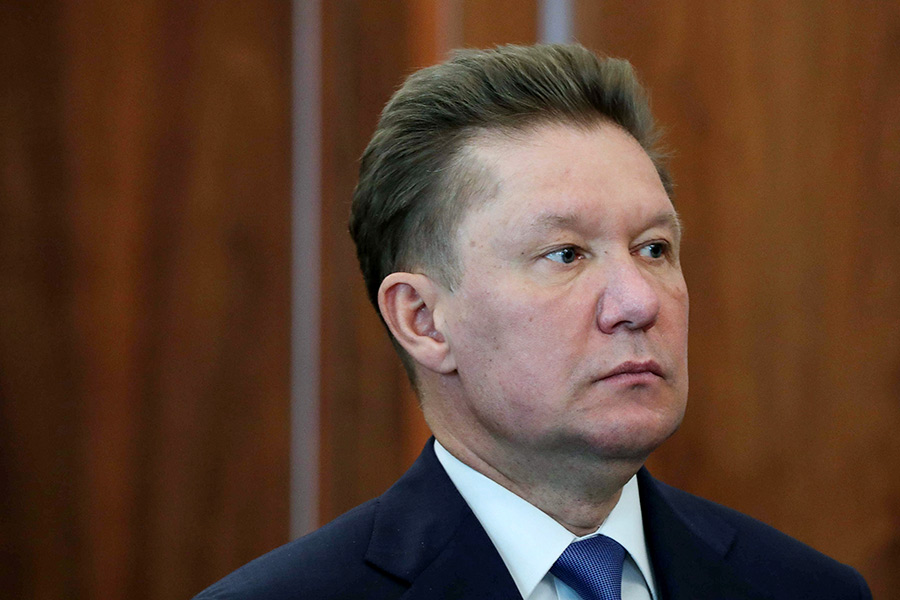 The energy Ministry over LNG projects on the Yamal Peninsula

The potential partnership of Gazprom and NOVATEK on the Yamal Peninsula is already supported by the Ministry of energy. Tambeyskoye field “Gazprom” should be used as a resource base for new LNG projects, said energy Minister Alexander Novak in February in an interview to “Interfax”. In particular, in the area already prepared the necessary infrastructure for the project “Yamal LNG”, explained Novak in an interview .

Not the first attempt

Gazprom and NOVATEK in April 2012 signed a Memorandum on joint development of the Tambey group of fields of “Gazprom” and Morning deposits of NOVATEK Gydane. In the first joint venture (JV) Gazprom had to pass three out of four of the Tambey group of fields (Severo-Tambeyskoye, Zapadno-Tambeyskoye and Tasiyskoye) “to increase the range of LNG capacity” on the Yamal Peninsula. 25% in the JV was to obtain NOVATEK.

And in the second JV of NOVATEK had to pass a Morning Deposit (reserves of 767.1 billion cubic meters. m) “joint development” — shares in this enterprise was planned to be divided equally. But the term of the Memorandum expired in early 2013, and the joint venture was not created.

But Gazprom is still skeptical about the idea of NOVATEK. “While internal development of these proposals, including risk assessment, is not finished. Accordingly, specific negotiations with NOVATEK we are not”, — said at the conference stake “Gazprom” Deputy head of the Department of gas, gas condensate and oil of Gazprom Alexander Kalinkin during a telephone conference in January (quoted by “Interfax”). To sell deposits in any case it is impossible, said the source in “Gazprom”. “These four deposits Tambeyskoye group is designed to fill the North-West corridor (pipelines Bovanenkovo — Ukhta and Ukhta — Torzhok. — ) to compensate for declining production at Mature fields in the Nadym-Purtazovsky province, which we expect in ten years,” he said. When these Mature fields are exhausted, Yamal gas will be the main “breadbasket of the country”, where will be provided all the nearest regions, concluded the source .