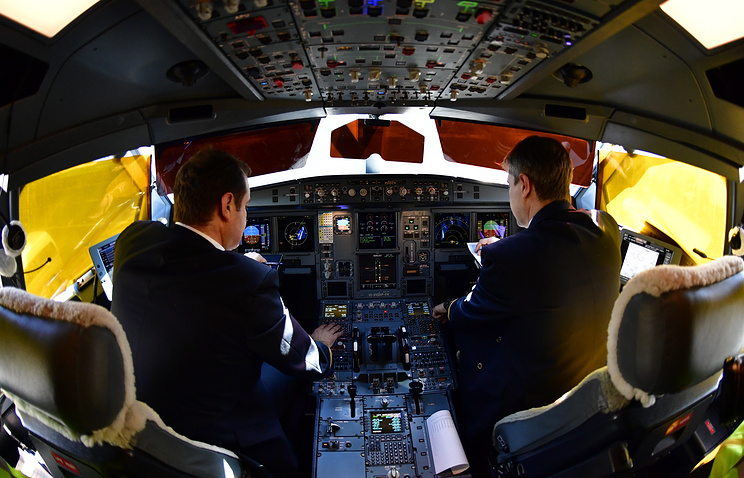 MOSCOW, may 4. /TASS/. Rosaviation cancelled the certificate of hundreds of pilots enrolled in non-government aviation training centers (ATC), and about the thousands of certificates can be revoked in the near future, and the market risks losing quarters of pilots. About this newspaper “Kommersant” with reference to the available edition of the text aimed at the International civil aviation organization (ICAO), the petition of the pilots and employees of the aviation industry.

As it became known to the edition, pilots and workers in the industry are asking ICAO to verify the Federal air transport Agency in terms of training and issuance of flight certificates. The document States that the Agency “often without explaining the reasons or different interpreting laws” revoked the certificates of hundreds of aviation professionals, obtained in accordance with the law. Thousands of pilot certificates can be revoked in the coming days.

“(The Department) informed the regional office that even if the pilots have higher professional education, but passed initial flight training in ATC, not in public schools, their certificate will be withdrawn, and a new not be issued”, – is spoken in circulation.

The ICAO, however, believe that these issues should be resolved at the local level, and the Federal air transport Agency explained the situation as “improving safety”.

The representative of Federal air transport Agency said that the courts, which have already been filed against the cancellation of pilot certificates, “confirmed the legitimacy and legality of actions.” According to the Agency, documents were falsified information about the RAID, forged medical certificate. The main violation associated with that approved program not included in the Annex to the ATC certificate or not mastered in full. The purpose of the inspections is to improve the quality of safety, assured the Federal air transport Agency, stressing that in the 2015-2016 increase in aviation accidents in General aviation, and in 2017 the situation is improving.