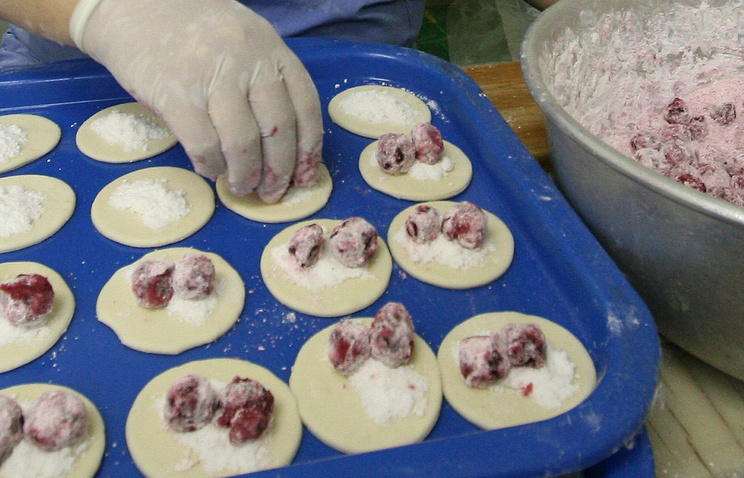 KIEV, may 5. /TASS/. The leadership of trade networks of Ukraine adopted the decision to replace the soup in the index, which reflects the fluctuation of the average price for a set of products for one of the most popular national dishes – dumplings with meat and cabbage. This was reported by one of the initiators of the innovations, CEO of the Ukrainian Association of trade networks suppliers Oleksiy Doroshenko.

“We had compiled an index of borscht. However, the soup did not include all main products, which are consumed by every Ukrainian, so we decided to create an index dumplings”, – he explained to the local newspaper “Express”.

A new index in Ukraine plan to calculate on a quarterly basis, because this dish consists of products the price of which changes frequently. “Started from a simple recipe: to cook dumplings with meat for a family of four people, you need 300 grams of beef 300 grams of pork, 30 grams of onion, 800 grams of wheat flour, 400 ml water, 1 teaspoon salt, spices. And in the finished dumplings to taste, add 250 grams of sour cream,” – said the author of the index.

According to him, after the government’s decision to remove restrictions for margins on products from 1 October 2016 dumplings with meat has risen by about 15%. The expert estimated that this was worth 61.5 hryvnia, and after six months, 70.6 per hryvnia. But if dumplings with cabbage, the growth index for the six months was 21%. “This dish cost us first at 24.5 hryvnia, and after six months – 29.7 hryvnia,” – said Doroshenko.

“When we talk about how the increased price of dumplings for the quarter, six months or a year, then really we are talking about how rose or fell in price the cheapest domestic products,” – said the expert.

Soup has risen by a third

Soup and dumplings – a favorite dish of the Ukrainians

According to sociologists, is soup, not fat, as many believe abroad, is the most favorite dish of the Ukrainians. Only 4% of the population can live without fat, and the soup among all the possible dishes prefer 44% of the population. In the list of favorite foods includes dumplings (18%), magazines (10%), jelly (7%), chicken (6%) and lamb chops (5%), other meats (14%).

In Ukraine it has become fashionable to conduct not only the city competitions on speed eating dumplings, but also have national Championships. Champion is a resident of Chervonohrad, Lviv oblast Taras Dzyuba, which is 4 minutes and 1 second hundred ate dumplings with potatoes.