Citizens of South Korea on may 9 will elect a new President. Early elections caused by the impeachment of the previous President, Park Geun-Hye, who became involved in the country’s largest corruption scandal was arrested on charges of bribery, abuse of office and transfer of confidential information to third parties who are not officials.

The presidential campaign started in mid-April, but the preparations for the elections began in December 2016, as soon as Park Geun-Hye has resigned after a vote in Parliament. She was elected to the presidency in 2012, as leader of the conservative party “Free Korea”. Impeachment, Park Geun-Hye was dealt a serious blow to the conservatives. The party changed its name (now it is the Korean freedom party), and the candidate put the former Governor of a province Hong Joon-PHE. However, his chances of winning are low: according to Gallup Korea, the ex-Governor is ready to vote 16%. 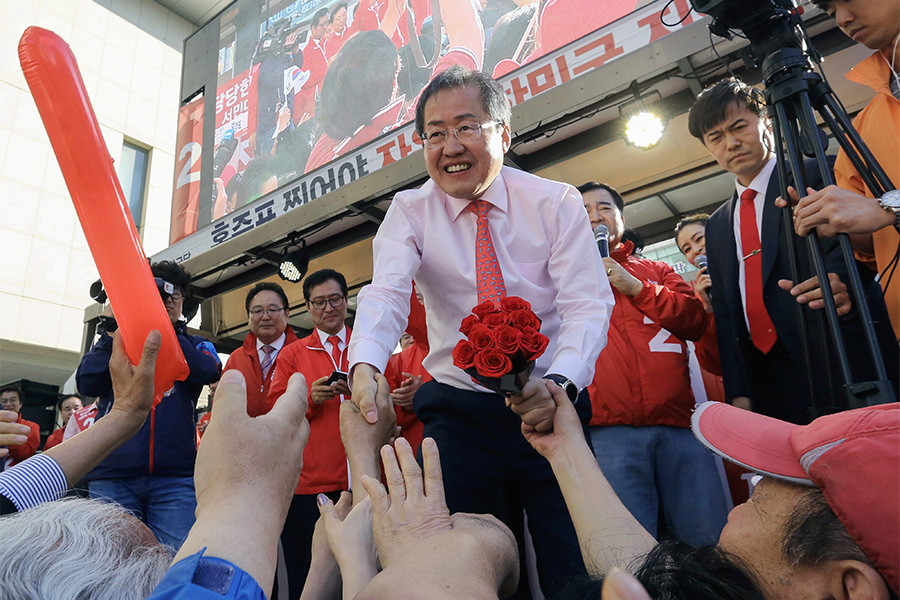 Hong Joon-PHE at a meeting with voters

The favorites of the race are the candidates from the opposition Democratic party, moon Jae-In, lost the presidential election in 2012, and Ahn Chul-soo, the representative of the center-left people’s party. The first would support nearly 40% of the electorate, the second — about 20%, if the vote was held in early may showed public opinion polls Gallup Korea. Moreover, the leader of the popular party began to rise sharply since March. In February he was supported by about 8-9%, but he was able to attract conservatives. “The right wing going to vote for him because their own candidates for elections not held”, — told in interview to the newspaper “Kommersant” the Vice-President of the Korean Institute for international economic policy Lee Jae Yong.

To attract conservatives, Ahn Chul-soo was forced to change his rhetoric about the deployment of American anti-missile complex THAAD on the Korean Peninsula. Traditionally, left-wing Korean politicians are against the deployment of US missiles, but now the leader of the national party said that “to respect the agreements of the previous government — international practice” and that THAAD will be installed in South Korea. Meanwhile, moon Jae-In had previously called to postpone the installation of the complexes as well as their placement leads to increased tension on the Peninsula.

The Alliance with the United States

One of the key issues of the presidential campaign — foreign policy of the Republic of Korea (ROK) and its relations with its Northern neighbor, the democratic people’s Republic of Korea (DPRK). Leading position in the race is the candidates who adhere to more lenient policies towards Pyongyang than the conservatives, during the reign of which relations between the two countries deteriorated sharply that “led to a complete rupture of all contacts between the two Korean States,” points out the Professor of South Korean University Kookmin Andrei Lankov in an article for the website of the Carnegie Moscow center.

Regardless of who wins the election, the future President will try to lower the hostile rhetoric against its Northern neighbor, experts say Jamestown Foundation. This can complicate relations of Seoul with Washington. The US President Donald trump, experts say, sends ambiguous signals about what kind of policy is going to carry out on the Korean Peninsula. On the one hand, he supports the placement of anti-missile complex THAAD in South Korea to deter North Korea (against what has been repeatedly made by China and Russia), on the other hand, he called on Seoul to pay for the placement of this system $1 billion to Complete the deployment of systems due to the end of the year, reported Reuters.

In April, trump said that throws us aircraft carrier Carl Vinson to the shores of the Korean Peninsula, and a week later this information was refuted by us officials.

The unpredictability of trump, can be a challenge for the future President of South Korea. “First, he questioned the adequacy of North Korean leader Kim Jong-UN, and then calls him a “bright young man” with whom he would like to meet,” writes the New York Times, pointing out that Seoul will be difficult to work with the current President of the United States. 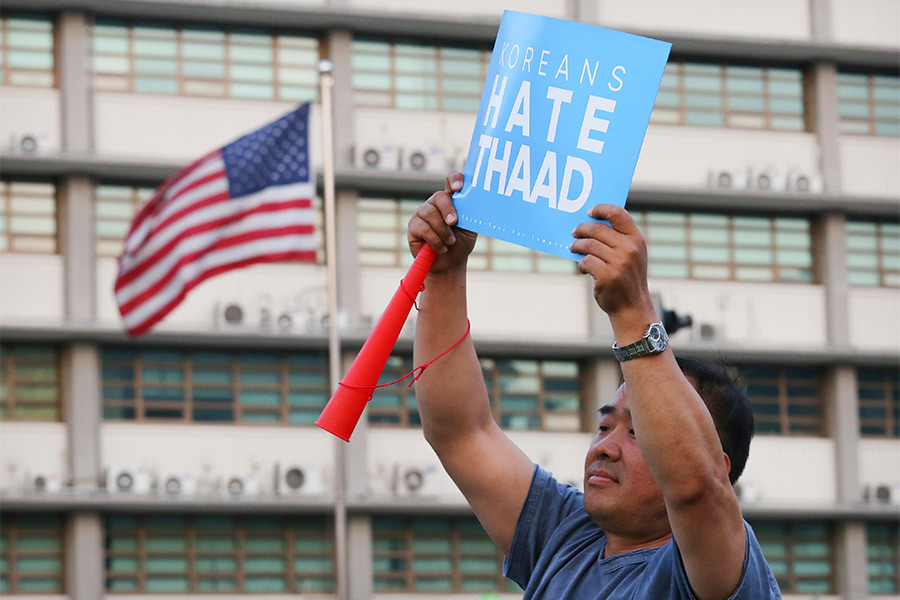 Acting assistant Secretary of state Susan Thornton, working in the Korean direction, expressed hope during a briefing on 17 April that the presidential candidate of Korea will be “committed to a U.S.-Korean Alliance” and Washington will be able to cooperate effectively with Seoul, no matter who comes to power.

“The issue of THAAD remains very painful in the us-South Korean relations, but whoever becomes the new President, he is unlikely to change the US plans for the siting of missile defense on the Peninsula. To think that a military Alliance between South Korea and the U.S. will weaken, not necessary,” — said in an interview with the diplomat George Toloraya, Director of the Center for Asian strategy of Russia Institute for economies wounds.

Whatever the position of the next President of South Korea on THAAD, he will not be able to change the actions of the United States.

Moscow and Seoul: relations are “at an impasse”

The outcome of the vote in South Korea is unlikely to have a significant impact on the Russian-South Korean relations, but Moscow would be preferable Democratic candidate moon Jae-In, which is more open to closer political and economic partnership with China and Russia, says George Toloraya. Change of the President, he said, can give impetus to cooperation with Seoul, as today, bilateral relations between the two countries are “stumped” and “stagnant”, which came after the 2012 presidential election in South Korea, the expert said in an interview .

“After five years of the presidency of Park Geun-Hye, with her rigid approach to the DPRK, Russia and South Korea was a serious misunderstanding. However, even if a future South Korean President will be more restrained towards its Northern neighbor, it does not guarantee the onset of severe warming in Russian-South Korean relations, as the Koreans are much more concerned about improving relations with China,” notes Colora.

If the Kremlin will be able to give impetus to South Korean direction under the new President, it will be a real contribution to “turn to the East”, which was proclaimed Russia a few years ago, “but until now was limited mainly to the development of relations with China,” concluded Toloraya, stressing that Moscow should not cooperate with Seoul to the detriment of relations with Pyongyang, which remain “our asset”.

The upcoming elections provide an opportunity for increased cooperation between Moscow and Seoul agree the former Russian Ambassador to South Korea and Japan Alexander Panov. However, he indicates that previous five years, the relationship was “normal and working”, South Korea joined the sanctions against Russia imposed by the US and its allies after the annexation of Crimea. However, despite this, the trade turnover between Russia and South Korea in 2016 decreased by 16% compared to the previous year and amounted to $15.1 billion, follows from the materials of the Federal customs service.