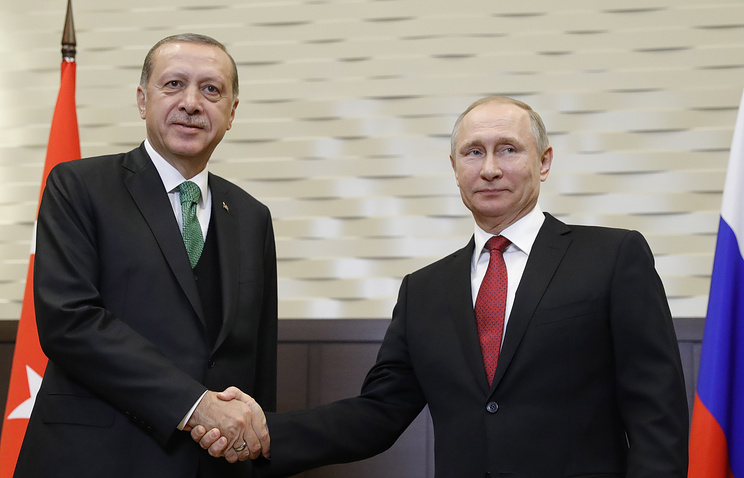 SOCHI, may 3. /TASS/. The opportunity to discuss the Syrian crisis demonstrates the full restoration of relations between Russia and Turkey. This was stated by Russian President Vladimir Putin, opening the meeting with President of Turkey Recep Tayyip Erdogan in a narrow format.

“It is good that we have the opportunity here, in operation, to meet, to speak on key issues of bilateral cooperation and major issues of the international agenda, including in such acute as the Syrian crisis, the President said. – The fact of such a mode of our collaboration suggests that Russian-Turkish relations have a special character in the complete format recover”.

Putin cordially greeted the Turkish delegation, thanking Erdogan for the fact that he accepted the invitation and arrived in Sochi. The Russian President stressed that bilateral relations are developing “as we planned”.

In turn, Erdogan said that the two leaders will have a good opportunity to discuss aspects of bilateral cooperation and regional issues.

“I am confident that the steps that we will do together will change the destiny of the region”, – said the President of Turkey.

The development of relations after the referendum

According to Putin, the gradual recovery of the domestic political situation in Turkey create the conditions for progressive advance of relations with Russia.

“We believe that in the future the political situation will recover and this will create additional conditions for the progressive development of Russian-Turkish relations”, – Putin said.

The Russian leader once again congratulated his counterpart with the results of the recent Turkey of a referendum, the results of which presidential powers will be significantly expanded. According to Putin, “many of the things that you do are conceptual in nature and require discussion in Parliament.”