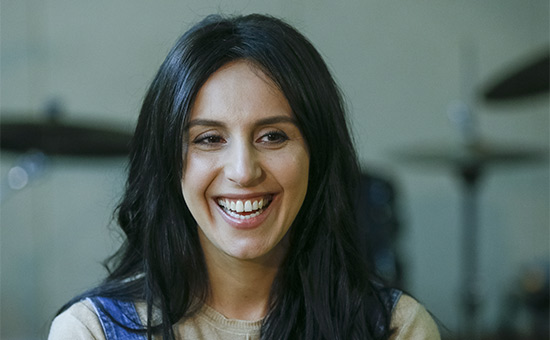 Ukrainian singer Jamala, who won at Eurovision last year, said that waiting for a provocation by Russia, and called on Ukrainians not to succumb to them and not to spoil the contest, which will be held in Kiev

The winner of “Eurovision 2016”, the representative of Ukraine Jamal urged Ukrainians not to succumb to provocations and not to let Russia to ruin the competition, which will be held in Kiev. She stated to Reuters.

“I think we need to wait for provocations from the Russian side, because our victory [at the “Eurovision 2016″] they hurt. And I’d like to ask everyone in Ukraine to be very careful not to succumb to provocations. Because, I think, the closer the competition, the more they will,” warned the singer.

This year Russia at competition was to submit Julia Samoylova, however, the security Service of Ukraine (SBU) has banned her from entering the country for three years, justifying this by the fact that the singer had violated Ukrainian legislation, having acted in the Crimea in 2015. The European broadcasting Union (EBU) proposed to broadcast a speech Samoilova via video link, but “the First channel” has rejected this idea. In Kiev also said that this option is not possible. A month before finals of the First channel refused to broadcast “Eurovision-2017” and accused Ukraine of attempts to politicize the contest.

Ukrainian broadcaster of Eurovision, channel “Persha” in this regard, issued a statement in which he stressed that Ukraine “has repeatedly offered the Russian Federation to be sent to Kiev party, do not violate the legislation of Ukraine”, but the Russian side did not agree.”Russia’s refusal to broadcast “Eurovision” proves that the aim of the Russian side was initially not participating in the contest, and the creation of negative media atmosphere around training and the competition,” — said in a statement.

On 4 may, the head of the organizing Committee of “Eurovision” Frank-Dieter Freiling said that Russia and Ukraine are waiting for sanctions for violation of the rules of the contest. The question of what the penalty will be applied will be decided after the contest, the organizing Committee on 12 June, he said. Among the options provided for in the statutes of the EBU, fines, loss of sponsorship and exclusion from participation in the contest for a period of three years.