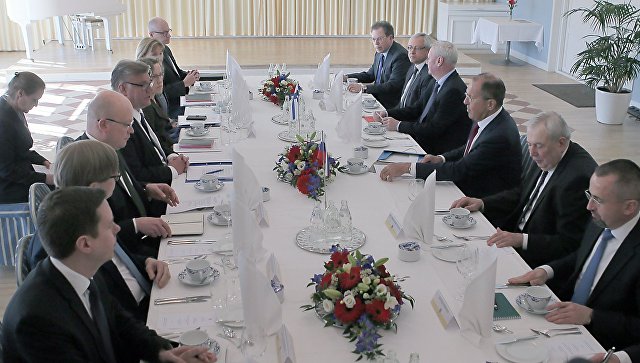 PORVOO (Finland), may 4 — RIA Novosti. The state of relations between Russia and the EU can not cause satisfaction, said Thursday the Russian foreign Minister Sergei Lavrov.

“We discussed the state of relations between Russia and the European Union, it is, of course, not cause any satisfaction. We recalled the proposal for the derivation of these relations from the current impasse, the proposals that were submitted by President Putin to European Commission President Jean-Claude Juncker in June last (2016) years,” said Lavrov following talks with Finnish colleague Timo Soini.