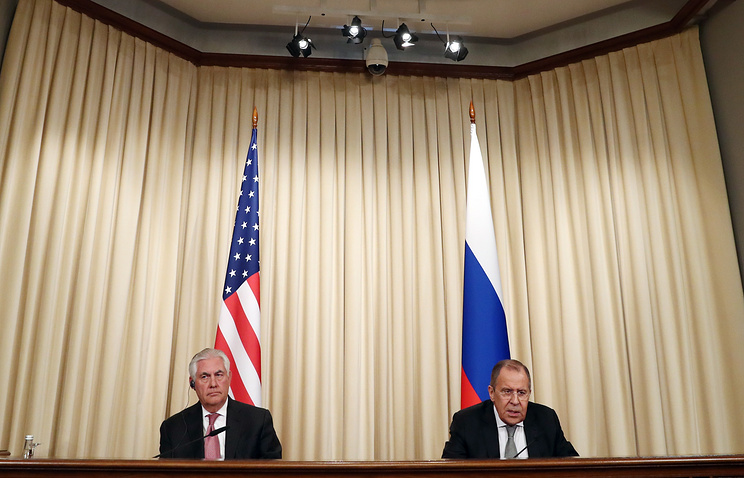 MOSCOW, may 5. /TASS/. The foreign Ministers of Russia and the USA Sergey Lavrov and Rex Tillerson discussed the problem of de-escalation in Syria in the light of the outcome of the talks in the capital of Kazakhstan. This was announced by the Russian foreign Ministry held a telephone conversation.

“In the center of attention was the subject of the Syrian settlement, – informed the Russian dipvedomstva. In the light of the outcome of the international meeting on Syria in Astana on may 3-4, discussed the goals of de-escalation of the situation in this country, the sustainability of the ceasefire, increased efforts in the fight against terrorism, activization of external assistance to the inter-Syrian negotiation process.”

“Touched on several other regional issues and the bilateral agenda. The two sides agreed on further Russian-American contacts,” – said the Minister.