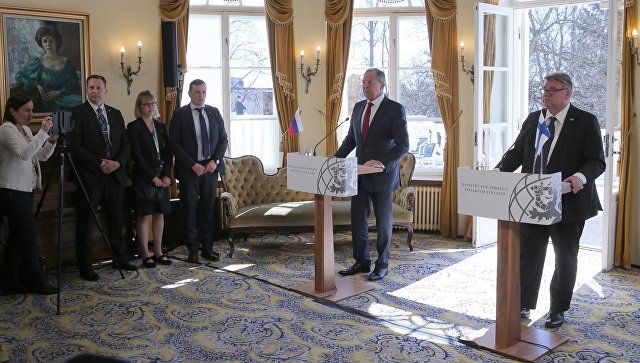 PORVOO (Finland), may 4 — RIA Novosti. The US has not provided any evidence of the so-called “Russian threat”, although still Washington continues to accuse Russia of all sins, said Thursday the Russian foreign Minister Sergei Lavrov.

“It is sad that unleashed by the administration of (Barack) Obama Russophobic campaign maintains its momentum and today… We hear many hysterical charges of Russia in all mortal sins. See how Congress creates an inter-Agency structures in order to investigate the Russian threat. So far we have not seen or heard any fact, which, though in some way confirmed what we are accused,” said Lavrov after talks with his Finnish colleague Timo Soini.

Earlier it became known that the house of representatives of the United States Congress approved the creation of a special Committee on combating so-called “the hidden influence of Russia”.