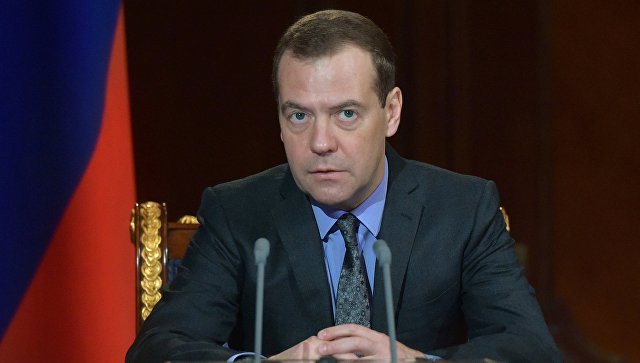 GORKI, may 5 — RIA Novosti. The Prime Minister of the Russian Federation Dmitry Medvedev has noticed that in the territories of priority development (tpd) should be new investments, not “repainted old”.

Speaking at the meeting on the development of TOR in the far East, Minister for the development of the region Alexander Galushka said that he received a number of proposals for improvement of the mechanism – in particular, on amendments to the law on the TOR and to clarify the procedure for the acquisition of resident status TOR and distribution of benefits on insurance premiums for investors.

“We are talking about to spell out in law to determine that such benefits are provided to new jobs that arise as a result of new capacity. I note that the bill was prepared, the conciliation procedure it completed, and we are two weeks to submit it to the government of the Russian Federation, and the Protocol would like this position to consolidate,” he said.

“Well, we’re colleagues and I were talking, and I want to draw attention to it. We all know, colleagues, the priority development areas are those places where there should be new investments, not old repainted already in place and which just want to bring under a preferential regime. I would ask you to pay close attention to the Ministry of the Far East and the Ministry of economic development. And all the rest of the structure — monitoring”, — said the Medvedev.

Priority development areas can be created in Russia in the period of three years from March 30, 2015, only in the territories of the regions comprising the far Eastern Federal district. Also, now THOR can be created in mono and BUT. From 30 March 2018, they can organize themselves across the Russian Federation. TOR created for the formation of favorable conditions for attracting investments, ensuring accelerated socio-economic development and create favorable conditions for the viability of the population.

Resident TOR receives the number of privileges: 0% income tax for the first five years (20% under the General tax regime), and 12% for the next five years, 0% land tax during the first three years of 0% property tax during the first five years. In addition, the cumulative rate of insurance fees reduced by 10 years to 7.6% (30% in total). For residents of TOR available free customs zone regime. He, in particular, implies duty-free and tax-free importation, storage and consumption of foreign goods.