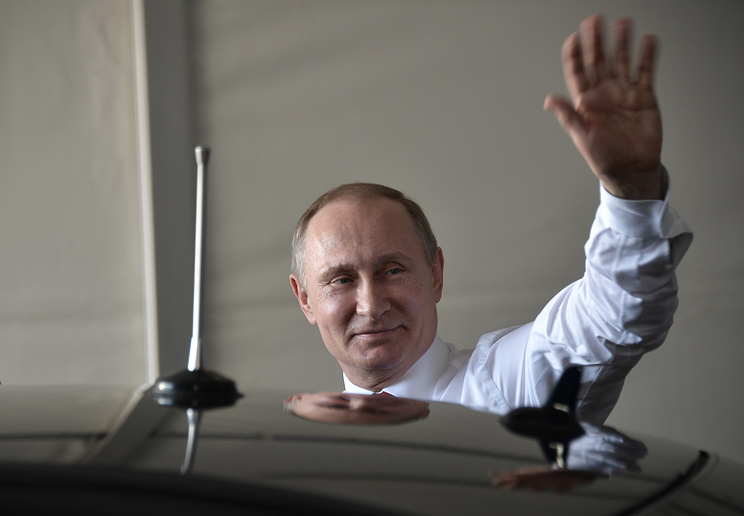 MOSCOW, may 4. /TASS/. The President of Russia Vladimir Putin approves 81,6% of Russians, the head of the government Dmitry Medvedev positively assessed with 52.1%. This is evidenced by data survey, conducted by the Russian centre for public opinion studies (VTSIOM).

According to sociologists, at the end of March the level of endorsement of the President was 82.7%, by mid-April, this figure dropped to 80.8%. A survey conducted in the last week of April, showed that the work of the head of state positively assessed 81,6% of Russians.

In the ranking of confidence in politicians by a wide margin from the rest is still the leader Putin (during the month, the rate ranged from 49.7% to 48.4%). It was his the majority of respondents answering the question who they would trust the decision of important state questions. The top three trust rating also went down Medvedev (16.1%) and defence Minister Sergei Shoigu (15.8 per cent). The leader of the “anti-rating” of the trust remains Vladimir Zhirinovsky.

The ratings of the parliamentary parties

The electoral rating of “United Russia”, gaining the annual maximum in mid-March (51,4%), in April ranged from one and a half percent, and on average, for the last week of April amounted to 48.1%. The rating of liberal democratic party of Russia, held out for three weeks at around 12.6%, and by the end of April fell to 12.0%.

Support for the Communist party, according to the daily survey “polls – Sputnik” has grown for several weeks, but in the last week of the month decreased to 10.2%. A rating “Fair Russia”, according to 24 – April 30, amounted to 5.4% (at the beginning of April of 4.8%).

The initiative Russian opinion polls “polls-Satellite” takes place daily. Every day polled 600 respondents not less than 80 regions of the Russian Federation. In the final study an average of seven days of the survey, a week the sample size is 4,200.