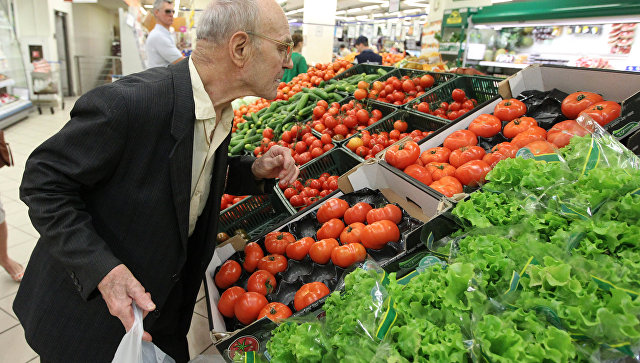 MOSCOW, 5 may — RIA Novosti. Turkish producers will be able to regain about one-third of the previous level and market products that they had in Russia before the embargo last year, said Director of development Association of manufacturers and suppliers of food products “Rusprodsoyuz” Dmitry Vostrikov.

“The immediate return is not expected, it will take time. In the medium term, refers to the active implementation of programs of import substitution and increasing the share of Russian manufacturers, Turkish companies will be able to return about a third of the previous volume of the market, including taking into account the fact that part of Turkish vegetables is still entered into our country smuggling,” said Vostrikov RIA Novosti.

“If to speak about terms, in our view, it will take several years, on the condition that Turkish suppliers will not be dumping, to return in an expedited manner”, he added.

According to Vostrikov, the logistics position of Turkey is more profitable than other countries. Local companies can be cheaper and faster to deliver its products in Russia.

On Wednesday, Russian President Vladimir Putin after talks with Turkish President Recep Tayyip Erdogan said that during the meeting agreement was reached on the integrated solution for the removal of restrictive measures in mutual trade. The restrictions for visa-free travel and the supply of tomatoes from Turkey to Russia is saved. On Thursday, Turkey’s economy Minister Nihat Zeybekci announced that Turkey removed all restrictions on the import of Russian wheat.

Russia introduced an embargo on the supply of Turkey a number of products from 1 January 2016 in response to the attack on the Turkish air force Russian su-24 in Syria. In October, the Russian government decided to prevent the domestic market Turkish stone fruits and citrus. Later lifted the ban on supplies from Turkey, onions, cauliflower and broccoli, salt and sea water, chewing gum, and carnations.

Turkish vegetables and fruits occupied a leading position before the imposition of sanctions, said Vostrikov. For example, the share of strawberries and grapes accounted for 50% and 40% respectively.

“Before the introduction of sanctions Turkish grapes belonged to the largest share (over 40%). For example, in 2015, Turkey gave Russia a 122 thousand tons of grapes in the amount of $ 129 million. On the first place among importers was Turkish and strawberry. It occupied almost 50% of the market. The annual turnover exceeded 10 thousand tons, accounting for 20 to 25 million dollars in cash,” — said the expert.

The Turkish cucumbers were inferior in number only to Iran and took up to 30% of imports. The annual turnover ranged from 40 to 70 million dollars in monetary terms and in physical from 35 to 65 thousand tons.

According to Vostrikov, frozen meat and offal of chickens and turkeys, as well as apples and pears occupied a small share of imports and did not influence significantly on the Russian market.

Domestic producers of cucumbers have become leaders on the Russian market, their share has reached 80%, said Vostrikov. According to him, Russian farmers can by 2020 to take a leading position also for tomatoes.

“To successfully complete the implementation of investment projects in the field of greenhouse agriculture, Russian farmers will need approximately three years. At the moment, projects on production of greenhouse vegetables sent to more than 100 billion rubles. On cucumbers, the Russian manufacturers have already achieved leadership. Covering 80% of the market,” said export.

“The share of domestic tomatoes today is 40 to 50% of the market. To achieve these goals, it is necessary to extend the ban for another three years. It is planned that by 2020, Russian manufacturers will occupy a leading position on the market of tomatoes and cucumbers”, — he added.

On Wednesday, Russian Deputy Prime Minister Arkady Dvorkovich told reporters that the restrictions on supplies to Russia of tomatoes from Turkey can be stored for three to five years, but will be flexible. But before that, Putin noted that the issue of lifting restrictions on deliveries of tomatoes from Turkey should be linked to the payback period of costs of the Russian manufacturers.