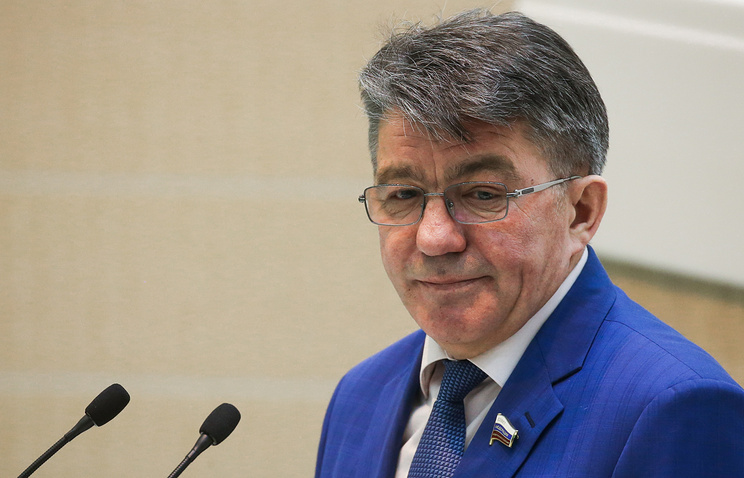 MOSCOW, may 5. /TASS/. Passed by the U.S. Congress a bill to strengthen sanctions against the DPRK, involving in particular the establishment of control over Russian ports, absurd, and thus the United States simply want to draw attention to themselves. This opinion was expressed by TASS, the Chairman of the Federation Council Committee on defense and security Viktor Ozerov.

“It’s a crazy idea, Russia will not allow it. An absurd idea, which has not the slightest chance for execution”, – said Ozerov. “They (similar bills – approx. TASS) have no other purpose but to draw attention to themselves. I think that in Congress and the Senate are enough sensible people who will say out loud and especially not to vote (for the bill – approx. TASS),” – said Ozerov.

Referring to the implementation of previously supported against North Korea sanctions, Ozerov said that Russia fulfills all its obligations. “If we talk about the implementation of the sanctions imposed on the DPRK, the Russian Federation not only in the Security Council voted for them, without which they would generally not legitimate, but the Russian President issued a special decree, which prescribed to all Federal public authorities, enterprises and organizations not only to implement the sanctions in respect of goods, materials and supplies in the DPRK, but also on the prohibition of transit through our territory of products and materials included in the UN list,” – said the Senator.

He noted that the new bill States, “I must take it easy”. “I think the authors of the bill drew attention to himself, I don’t see the special moments that would require analysis”, – concluded the lake.

On the eve of the house of representatives of the U.S. Congress on the strengthening of sanctions against the DPRK. It provides for control over foreign vessels over the past 365 days came in the national Maritime or air space of the DPRK. In addition, the document allows the introduction of control over the activities of a number of ports in China, Iran, ports of Latakia and Tartus in Syria, and the Russian port of Nakhodka, Vanino and Vladivostok sea port on the compliance with the restrictions against the DPRK.