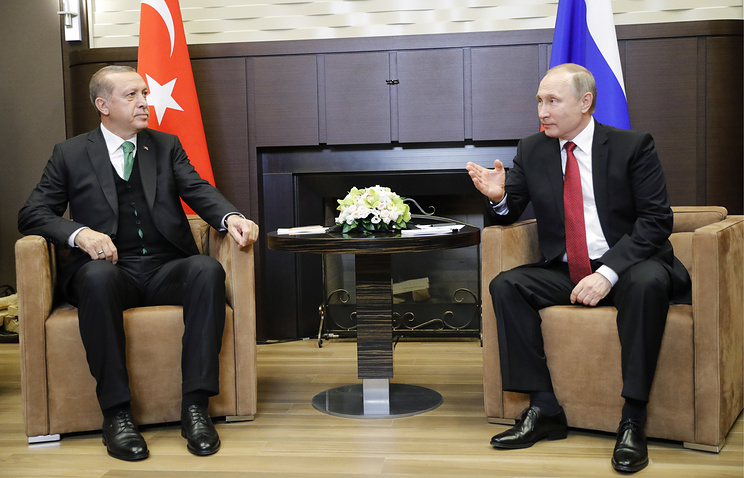 The main themes of the meeting of leaders of Russia and Turkey’s joint fight against terrorism and bilateral relations.

Erdogan arrived in Russia on Putin’s invitation. The last meeting between the presidents was held in March this year in Moscow. From the beginning of 2017, Putin and Erdogan also five times talked on the phone.